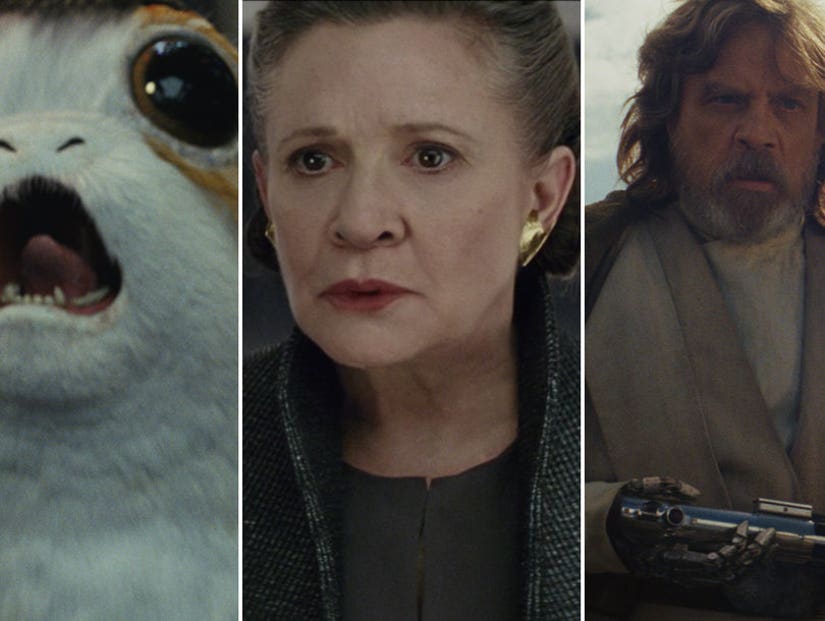 There was a disturbance in the internet on Monday night, thanks to the latest trailer from "Star Wars: The Last Jedi."

Immediately after the latest sneak peek was dropped online, fans went into a frenzy, reacting to the preview with major questions, memes, gifs and a whole lotta Porgs (the furry creature on the left above).

The dramatic preview teases Rey (Daisy Ridley) flirting with the Dark Side, Princess Leia (Carrie Fisher) possibly dying at the hands of her son Kylo Ren (Adam Driver) and the return of Luke Skywalker (Mark Hamill). 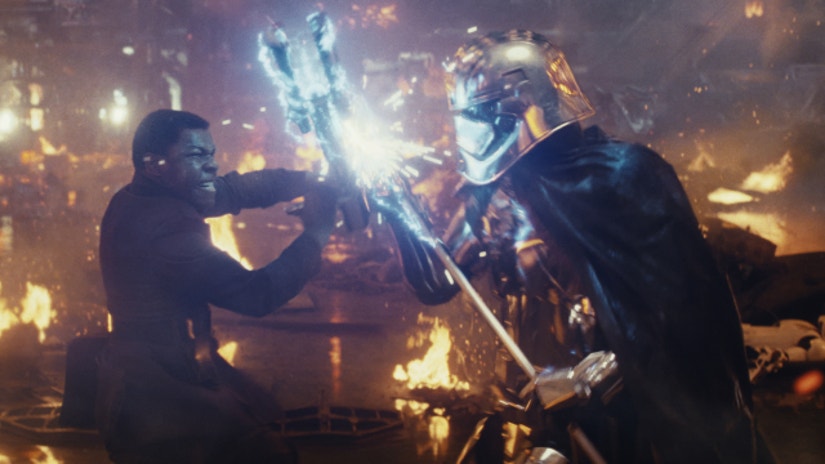 Fisher's French bulldog, Gary, was one of the many who watched the trailer. The dog "posted" a photo of himself checking out the preview on Instagram, with the comment, "Just watched the new trailer of 'The Last Jedi' and my mom looks more beautiful than ever."

He also tweeted at his "Murder on the Orient Express" co-star (and Rey herself) Ridley:

Daisy, pick up your phone. I have a couple of questions for you

See more of the best reactions to the trailer below:

Dear Star Wars, I'm not quite sure what this is but if you hurt/kill it, I will never watch your films again. #TheLastJedi pic.twitter.com/Yn6YAhoB7m

My favorite thing about the LAST JEDI trailer is all the new Pokémon pic.twitter.com/SFlHREWWwb

Every time Carrie Fisher pops up on my screen in #TheLastJedi trailer pic.twitter.com/iXdHVhAJPz

Me remembering there are still 2 months to go before #TheLastJedi comes out pic.twitter.com/M34WHvotkR

apparently the American version of #TheLastJedi trailer doesn't include the Finn/Poe kiss???

I swear if the First Order hurts one icicle on this precious baby's head, I WILL DESTROY THEM. #TheLastJedi pic.twitter.com/9QZZDF9QEi

Damn. Got all the feels again when I saw her on #TheLastJedi trailer. RIP Carrie. pic.twitter.com/y7WwV3Zvk8

Unpacking my thoughts about #TheLastJedi trailer, cross referencing them with my current theories, while trying to account for misdirection. pic.twitter.com/p738mFGdEw

Me in the next couple of days analyzing clues from #TheLastJedi trailer pic.twitter.com/mFZbYom7ZV