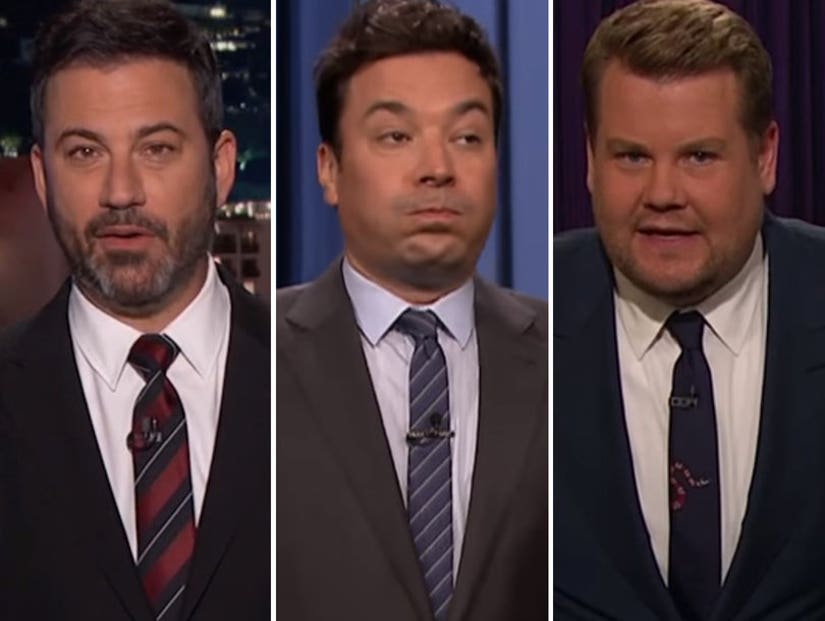 Eminem's blistering freestyle takedown of Donald Trump at the BET Hip Hop Awards earlier this week inspired late-night hosts to put their own spin on the video Wednesday with a series of parodies and gags.

Among the topics the Detroit native touched upon in his four-and-a-half-minute performance, called "The Storm," were Trump's comments on Charlottesville, his attack on the NFL protesters, his lackluster response to Puerto Rico, and his contribution to the growing tensions with North Korea.

CBS host James Corden did his rendition of what he thinks the president would say if he could get into a rap battle with his new enemy.

See what else Jimmy Kimmel, Jimmy Fallon and Corden had to say. 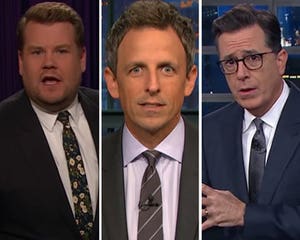 (The video, unfortunately, is not available for your viewing pleasure)

"He even found a way to rhyme the word orange, which previously had been thought impossible," Kimmel said. "It was a blistering condemnation of the president, which is especially interesting, because at one time Donald Trump endorsed Eminem."

It's true. Kimmel played the video of Trump saying at a rally of some kind that "Slim Shady is a winner." 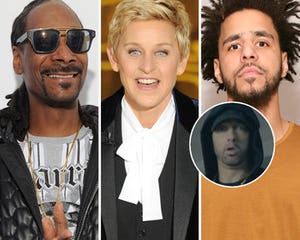 Fallon took a stab at predicting the president's response to Eminem's lyrics.

"Of course the president isn't just going to ignore something like that so today Trump clapped back with a freestyle rap of his own," he said.

The late-night host then showed a mash up of Trump's signature sounds ("boom, boom," "knock, knock," "China!") at press conferences.

"Trump was mad," Fallon said. "But he was also confused. Today he told people to boycott the Eminem store. 'Reese's pieces are the best. They should have their own store,'" he said in a Trump impersonation.

Corden referenced both Trump's disastrous visit to Puerto Rico and his feud with the NFL in his monologue.

"Now the title of Eminem's rap was 'The Storm,' so naturally Donald Trump reacted by throwing rolls of paper towels at it," Corden joked. 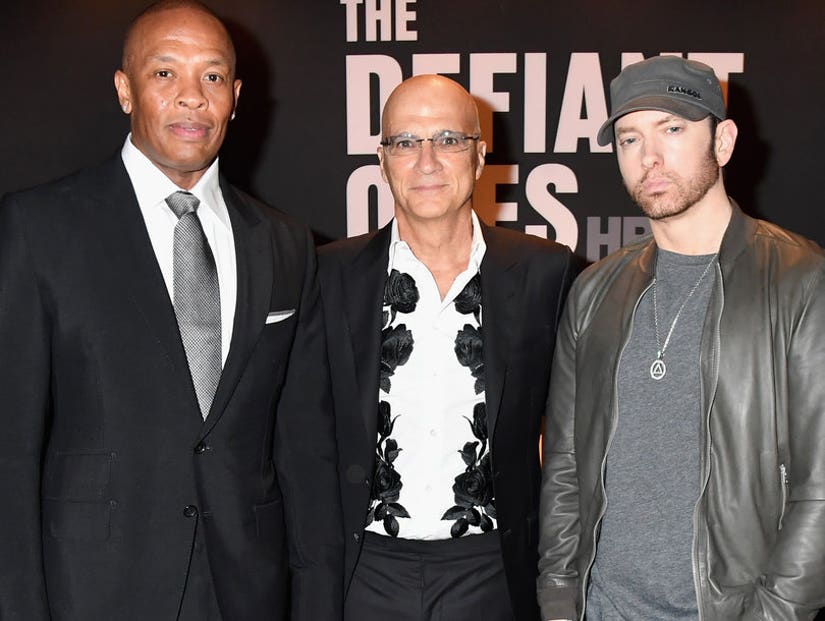