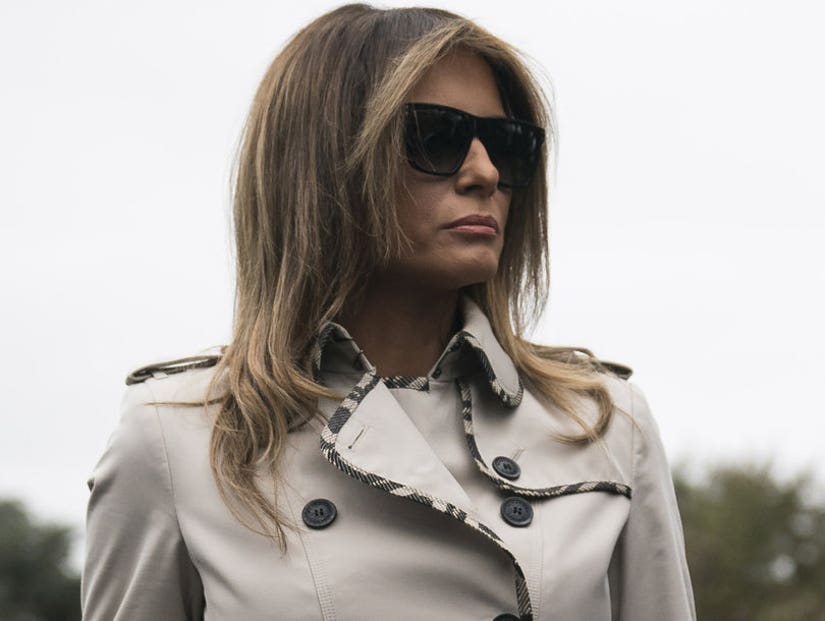 The latest Trump conspiracy theory may just be the most ridiculous of all: First Lady Melania Trump might have a body double!

The topic is currently blowing up Twitter, as "Melania" quickly climbed the trends list in the United States on Wednesday over her appearance in a viral video.

The debate actually began last Friday with a Facebook post from actress Andrea Wagner Barton, who posted video of Melania standing next to President Donald Trump during a media interview. "Will the real Melania please stand up? Is it me or during his speech today a decoy 'stood in' for Melania??" she asked, alongside a side-by-side of the woman beside Trump and an older photo of Melania. The post got over 16k likes and 97k shares.

The topic then hit Twitter when user Joe Vargas posted a similar clip on his page Tuesday night, writing, "This is not Melania. To think they would go this far & try & make us think its her on TV is mind blowing. Makes me wonder what else is a lie." His post has now been shared over 8k times on Twitter, generating over 9k likes and some hilarious reactions.

This is not Melania. To think they would go this far & try & make us think its her on TV is mind blowing. Makes me wonder what else is a lie pic.twitter.com/JhPVmXdGit

Who, at some point in their life, hasn't failed a Melania to get out of work?

hello it's me, FLOTUS Melania pic.twitter.com/VK5OQprFev

Me: I'm a rational human being who only deals with FACTS

Me: conspiracy theories are stupid
Twitter: Donald Trump is going around with a fake Melania stunt double
Me: pic.twitter.com/9UdkMWWdVG

Just imagine, getting up in the morning, getting ready to go to work as Melania's double. pic.twitter.com/AHe5eihWBY

Melania when it's time for public appearances with Trump and she call the stunt double pic.twitter.com/U8LlVyqsYv

Melania is living her best life while her stunt double has to suffer through all the bullshit.

I'm over here staring at melania clips comparing nostrils and hairlines like pic.twitter.com/0BGSZ6kw4p

That's her stunt double who sleeps with him. Melina just collects her funds.

nahhh who is that? pic.twitter.com/cpt7Xjf4KQ

Facial structure is off,shed never wear grandma sunglasses and her hair isn't that dry and damaged. Or maybe it is her......

Nice to see Paula Abdul getting work tho

They really had a Melania stunt double out here like: pic.twitter.com/fWPnSqyYtb

okay look this "Melania body-double travels w Trump" story is silly I mean where would they find another woman willing to go places with him https://t.co/aaPQ40tWIu

This is not Melania. To think they would go this far & try & make us think its her on TV is mind blowing. Makes me wonder what else is a lie pic.twitter.com/NCYIJfeVhx

Internet: The White House is using a body double for Melania

Sorry to be a Debbie Downer on this conspiracy theory, but we did some extremely thorough investigating and Getty photos from the same day show Melania in the same outfit without her sunglasses on (below) -- it's clearly her. See even more shots from the day in the gallery at the top of this post.

That was fun while it lasted though, right? 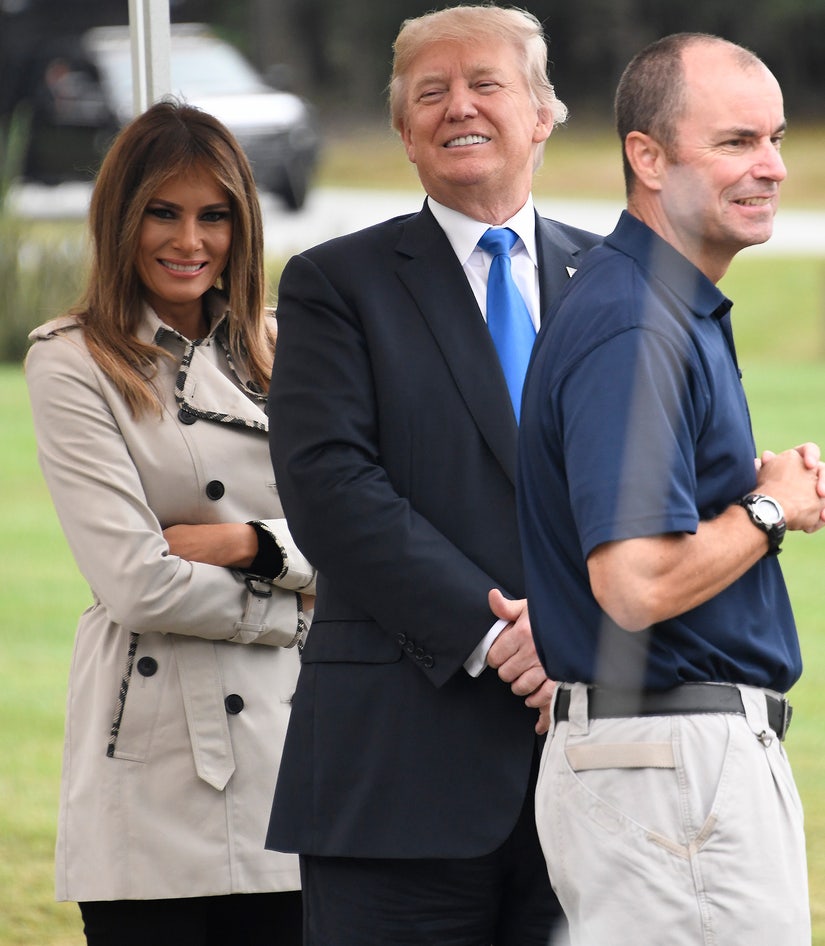