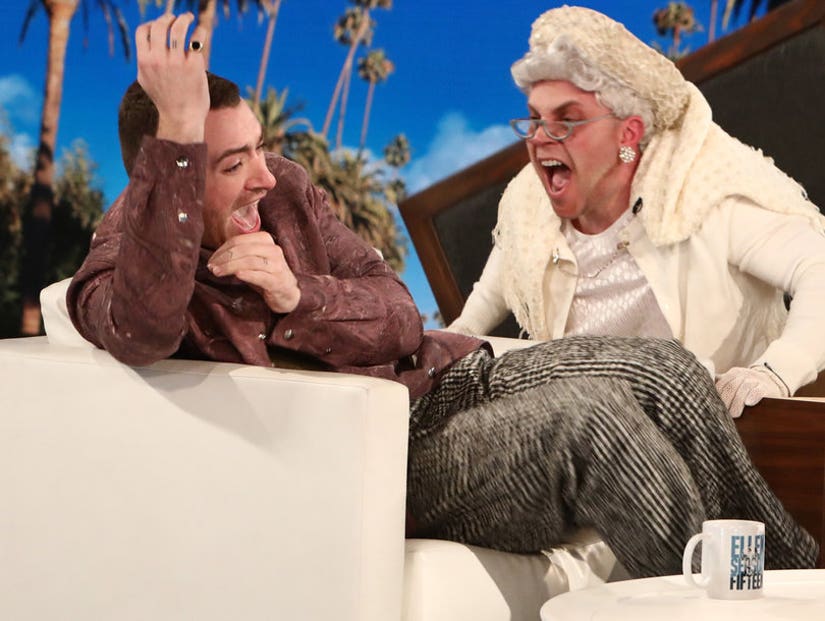 Sam Smith loves friendly ghosts -- but only when he sees them coming.

The Grammy and Oscar-winning singer was scared not once, but twice on The Ellen DeGeneres Show Tuesday after he told the daytime talk show host he lived in a haunted house and the ghosts were his friends.

"I feel like I'm quite in touch with this stuff," he told DeGeneres. "I think there are ghosts everywhere. But my house is like 300 years old; it used to be a school. And I just hear crazy, crazy stuff. My sister, at night, she feels like someone's staring at her when she sleeps. It's weird. But I feel quite friendly with them. I have a good relationship with the ghosts. Sometimes at night I get up and I'm just like, 'Leave me alone.' And they do! I feel like [they'll listen] if you just talk to them, like, 'Please! I just need to sleep!'" 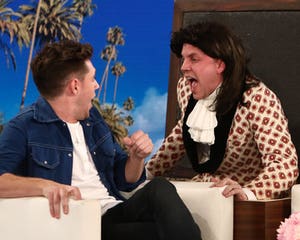 DeGeneres then asked, "Nothing like that scares you at all? You're in a house and there's somebody right next to you, staring at you, and nothing in you is frightened?"

The singer was in the middle of insisting that it didn't scare him when a person in a ghost costume quietly crept up on Smith and let loose. "F-ck! Oh God! Oh, my God," Smith screamed.

Smith then told DeGeneres he sort of expected her to try to frighten him, but assumed someone would jump out of the coffee table between them instead. Seconds later, a second person did in fact jump out from the table, scaring Smith once again.

Smith also got candid about the 2016 Oscar controversy, in which he declared himself the first gay Oscar winner. He blamed a flask of tequila for his speech blunder.

"I wasn't happy with my performance and we thought we had no chance of winning at all so I was just like, 'Let's get the party started! Let's have some fun. [I] had a little hip flask, had some tequilas, warming up, and then we won. And I went up and I mucked up my speech and forgot to say 'Best Actor' and basically said I was the first gay person to ever win an Oscar."

"And I obviously know I'm not but my brain and my mouth didn't work together. Yeah, I mucked up. Afterwards I saw Elton John at the after party and he was like, 'I've won an Oscar.'" 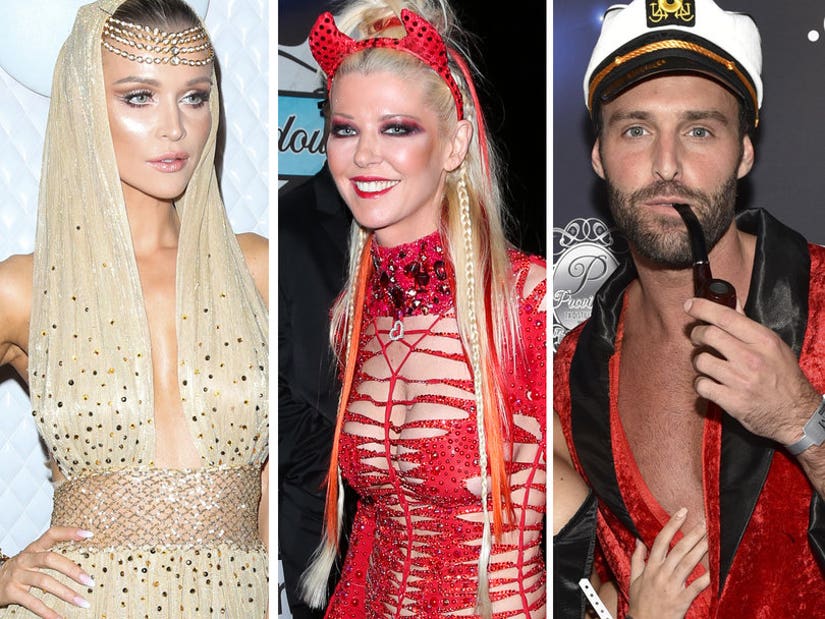