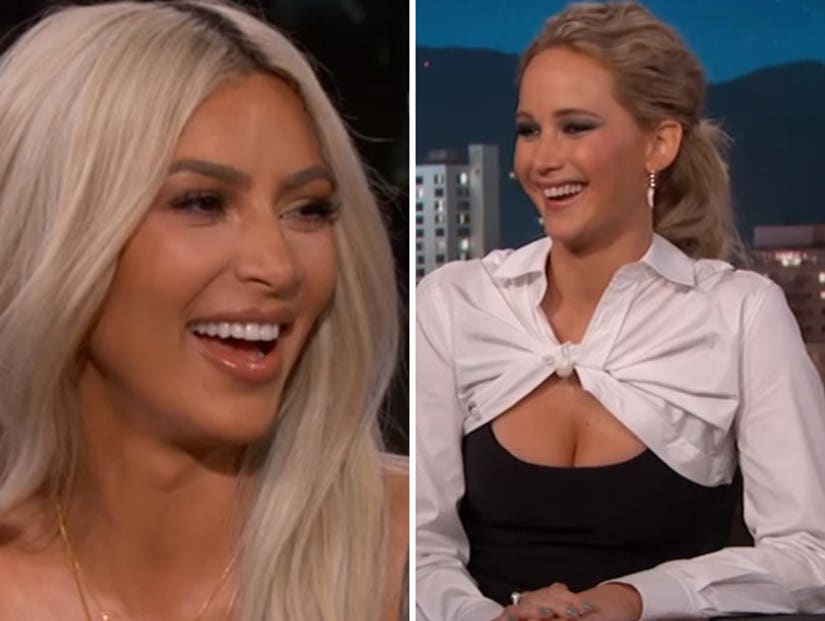 "Keeping Up With the Kardashians" superfan Jennifer Lawrence got the chance to ask Kim Kardashian "deeply personal" questions when the Oscar winner took over "Jimmy Kimmel Live!" Thursday night.

"Do you think it's a coincidence that Reggie Bush's wife looks just like you? I don't," Lawrence began the interview.

"Oh, I thought this was gonna be fun," Kardashian said, laughing it off.

From Kanye's weirdest habit to Kim's craziest ex-boyfriend to which sibling she'd not kill on a deserted island, here's 12 more highlights from the highly entertaining sit-down (that you should definitely watch below if you have 18-and-a-half minutes to spare). 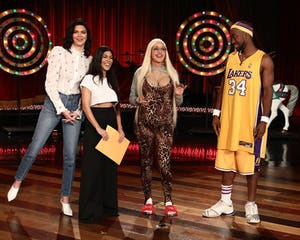 "I've been obsessed with you for a really long time," Lawrence said, "but can you remember the first time we met?"

To her surprise, Kardashian did.

"We were at a hotel in New York, and I don't know where we were coming from, and we were going up to see this Axel Vervoordt suite at the Greenwich ... and I'm getting in the elevator with Kanye and the doors are about to close, and I hear Jennifer screaming, 'I love your show!' like so loud across the whole lobby," Kardashian said.

Lawrence added, "That was the same hotel where I was taking off my bra under my shirt [when] Kanye tapped me on the shoulder."

J-Law Got Wasted With Kris Jenner

Lawrence recently attended a Kardashian/Jenner family dinner at the home of Kris Jenner, where the two had "a few too many drinks" for Kim's taste.

"I've never seen my mom more drunk in our lives," Kim said before producers played a video of Lawrence and Jenner doing the can can with martini glasses in hand.

Lawrence said she had vague memories of getting into Kris' closet and ordering Kim to dress her.

"You said, 'I'm not joking, I really want Kanye to style me,'" Kim recalled. "And so I said, 'OK,' and I come back in and you're fully butt-naked, and I'm like, 'Um, I'm gonna intercom downstairs and tell him to not come upstairs."

Kim Has Retired From Her Spying Days

"I'm fully retired, but I used to be the go-to spy that everyone would call and try to get info on their boyfriends or husbands," Kardashian said. "I just probably was in an insecure, untrusting relationship and had to form my skills."

Kim explained how she used to "trick the system" and get into people's voicemails.

"We're screwed now that there's texting because no one leaves voicemails anymore," she said, "but I got some major dirt back in the day."

Who'd You Rather: Donald Trump or Kim Jong-un?

"So do you think you could hack a president's Twitter and maybe like stop a war?" Lawrence said to Kardashian regarding the latter's hacking skills. "Like you could save the world in theory."

The two recalled a drunken game of Who'd You Rather they played at Kris' house: "If you could save the world, who would you rather sleep with: Donald Trump or Kim Jong-un?"

"I think we were just laughing so hard we didn't choose," Kim said.

In a "total side-note" question, Lawrence asked what Kim thought about Selena getting back together with Justin.

Kim Lost Her Virginity Before Kourtney

"But I was in a serious relationship," she said.

She's Been Cheated On

"I got into the voicemail thing, and it was on my birthday," Kardashian explained. "I was at dinner with all of my best friends, put it on speaker wondering where my boyfriend was, his voicemail -- he was flying in town to meet another girl on my birthday and lied to me that he was in a different city."

Kim's Ex-Boyfriends Are All Crazy

Kardashian admitted to Lawrence she still has one ex's number saved in her phone.

"Super friendly, he lives right across the street from Kourtney," Kim said. "We never talk, but the nicest family. I went to his wedding."

Jennifer then asked Kim to name her craziest boyfriend, to which she replied, "All of them."

"If you were stranded on a desert island with one member of your family, who would you kill last?"

At first, Kim said her kids but changed her answer to Khloe when Lawrence said to narrow it down to just siblings.

For starters, Kim and Kanye don't fart in front of each other, mainly because Kim "doesn't fart."

"We'll be at a meeting, or he'll introduce me to people I've never met before, and we'll be at a restaurant and he'll be like snoring at the table," Kim said.

Kardashian added that the two of them "watch 'Family Feud' every night" before they fall asleep.

Kardashian admitted she had not spoken to Simpson (who her late father defended in court) in years.

"I just never really go there," she explained. "I have so much respect for his children. I feel like my mom and Caitlyn both say a lot about it and are really vocal, and I just feel like, you know, his kids -- it must be really hard. So I just stay away from it." 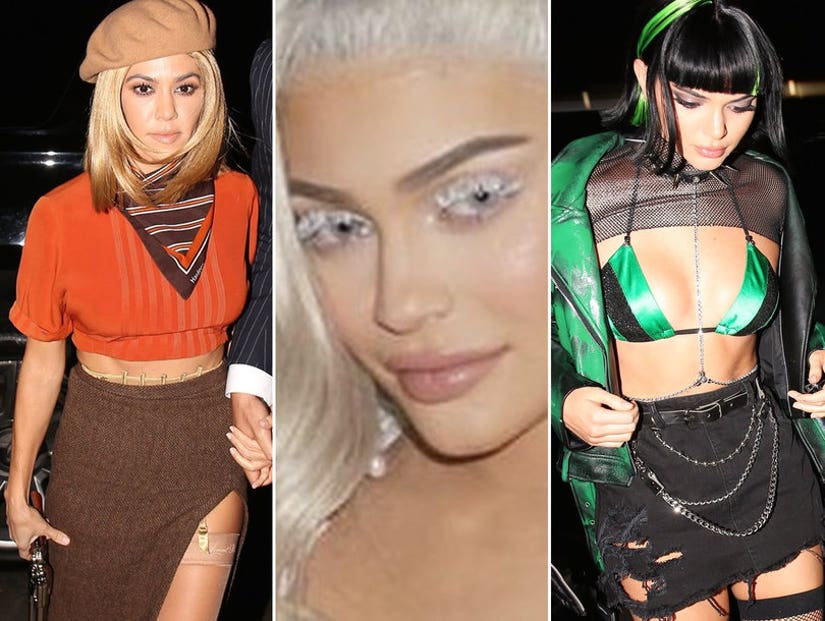