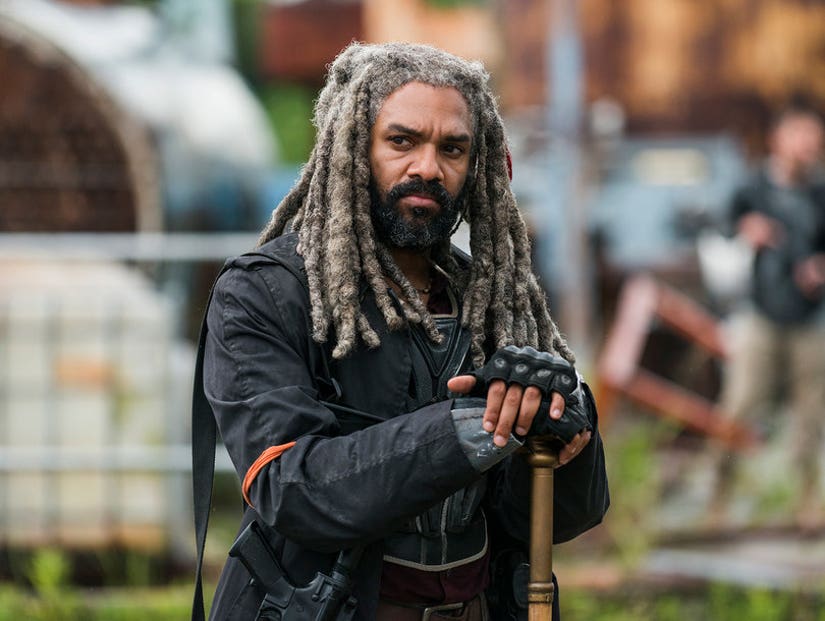 This might have been one of the most devastating episodes of "The Walking Dead" yet.

Focusing mainly on King Ezekiel's army - with a Rick and Daryl high speed chase thrown in for good measure - "Some Guy" was filled with human casualties and an animal death that certainly left us feeling misty.

Here are the 5 biggest shockers from Sunday's episode:

The previous episode ended with Ezekiel (Khary Payton) and his Kingdom army taking cover from a Savior sniper. Tonight, we learned that the king was one of just four survivors.

The show opened with a flashback of Ezekiel getting into "costume" for the day, before giving an inspiring speech to all his followers. In his message to the men and women, he acknowledged the obstacles awaiting them as he kept repeating "and yet I smile," because what they were going to battle over was worth fighting for. Unfortunately, that beautiful moment cut back to the present, where viewers saw a battlefield full of dead bodies.

At first, it appeared as though their fearless leader was the sole survivor, saved after a number of his followers literally took a bullet for him. Things took a turn for the worse when his friends all started to "wake up," transforming into an army of the undead right in front of him.

Though one other member of his team came to his rescue, he too was shot by the sniper as well.

Jerry and Carol to the Rescue! 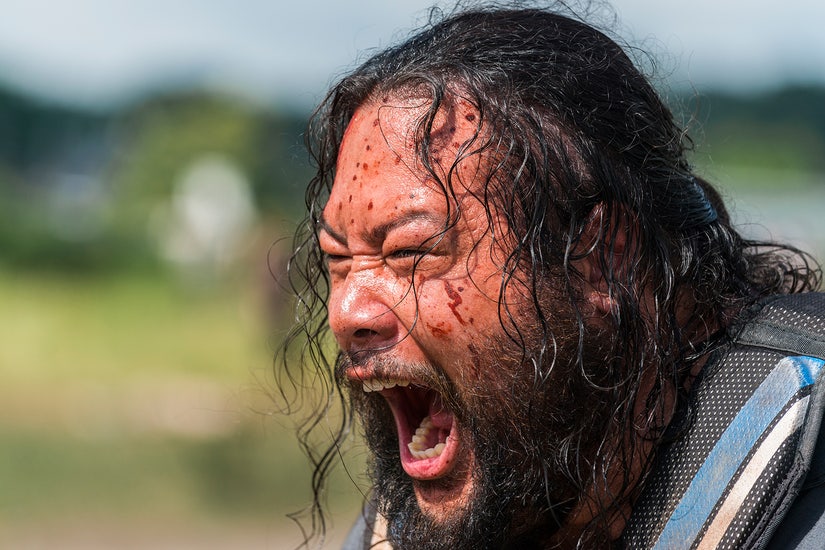 Just when it looked like one Jeffrey Dahmer-looking Savior was going to cut off Ezekiel's head, another axe swung into the picture as Jerry (Cooper Andrews) came out of nowhere to save the day.

The Kingdom's most lovable resident chopped the guy in half, rescuing his leader.

Later, after being told by Ezekiel that he doesn't have to call him "Your Majesty" anymore, Jerry made it clear he enjoys the pageantry of it all. "Dude, yes I do," he said, "Thank you, Your Majesty, for being such a cool dude."

Aren't you happy Jerry was spared?

We're also thrilled to have take-no-prisoners Carol (Melissa McBride) back in action.

First, she took out most of the snipers, and then faked another Savior out by pretending to surrender. She also saved Jerry and Ezekiel from becoming walker meals and had a role in orchestrating the next badass moment of the night. 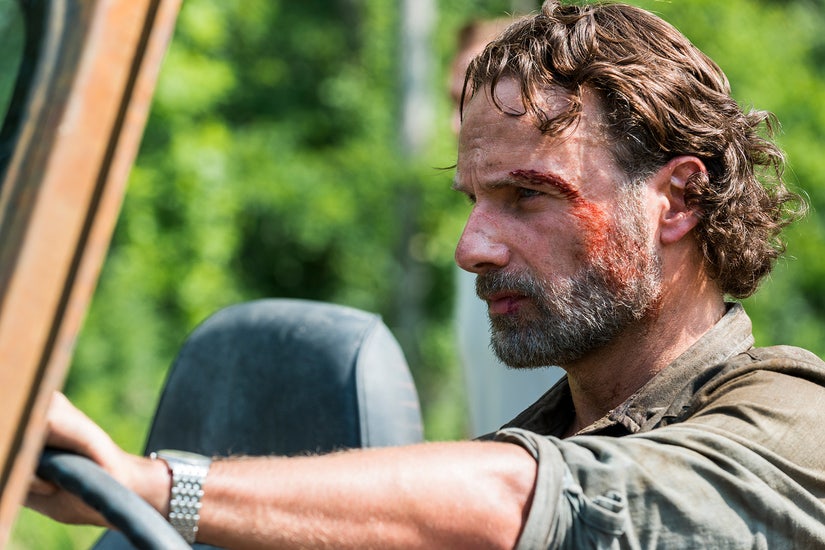 Just when it seemed like a pair of Saviors had escaped the outpost with all the weapons, Carol cooly told her two teammates, "They're not getting them to the Sanctuary."

Why? Because Rick (Andrew Lincoln) and Daryl (Norman Reedus) were nearby ready for a high speed chase! With Daryl on his bike and Rick in a Jeep, they chased down the car full of ammo. Daryl first took out the passenger trying to hit them with a machine gun, before Rick jumped from one moving vehicle to the other and stabbed the driver in the gut.

Like we said, badass. With that, Team Rick is equipped with some major artillery going forward.

RIP Shiva -- and Possibly the King 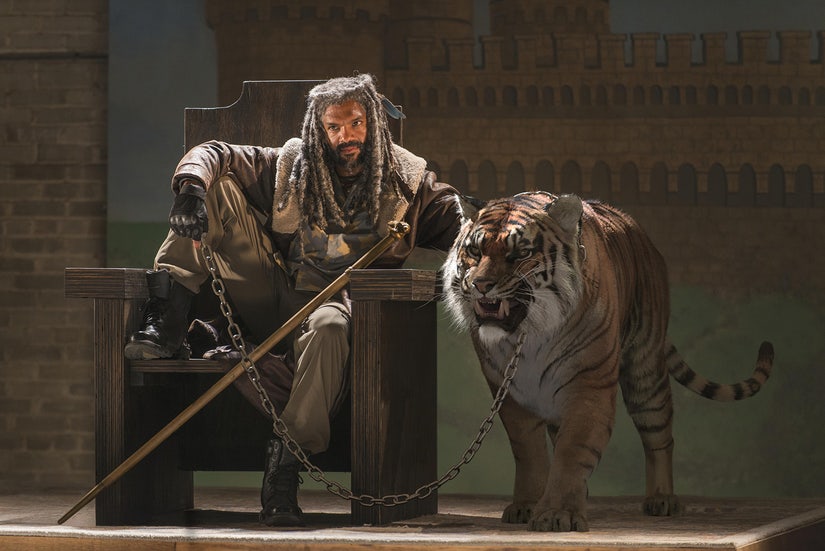 In another flashback, Ezekiel was seen telling Carol that he was ready to "be the hero" and would will himself "into what I must be." Sadly, by the end of the episode, that no longer seemed the be the case.

Now injured, he implored Carol and Jerry to leave him behind. "I'm not your king, I'm not your majesty ... I ain't nothing, I'm just some guy," he told them, broken. It's then that Shiva once again made quite the entrance, tearing apart and distracting the walkers closing in around them.

But there were just too many zombies for her to handle, and they devoured her, while also allowing the trio of survivors to escape without falling vicim as well. This was similar to Shiva's death in the comics, where Ezekiel explained how the tiger sacrificed herself because "she knew I'd never get away otherwise."

While an army left the Kingdom, only three returned. The final moments of the episode showed Ezekiel coming face to face with all the loved ones of those who died. He touched one boy on the shoulder, before walking away from them all, completely defeated.

With the death of his trusty sidekick and his army, could this be the end of the King as we know it? It's going to be interesting to see how the character moves on after all this. 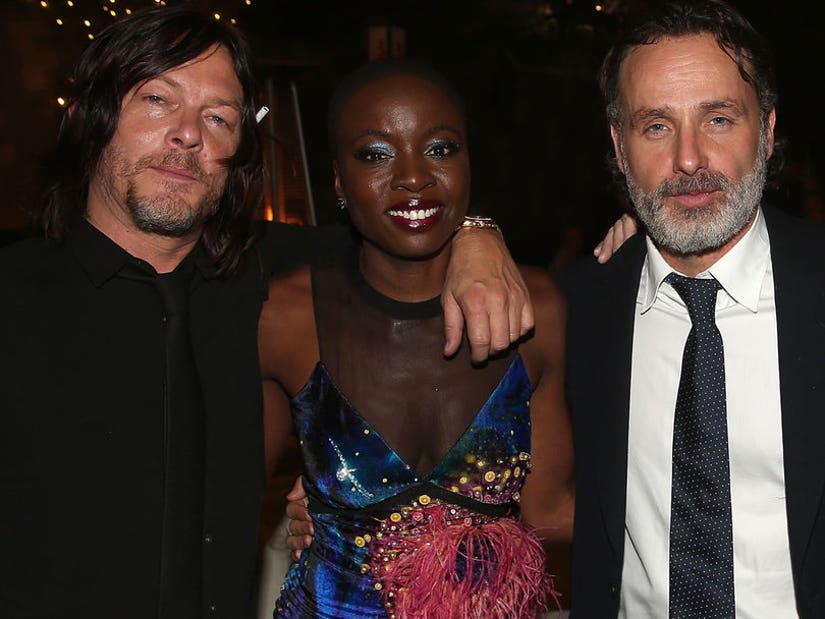