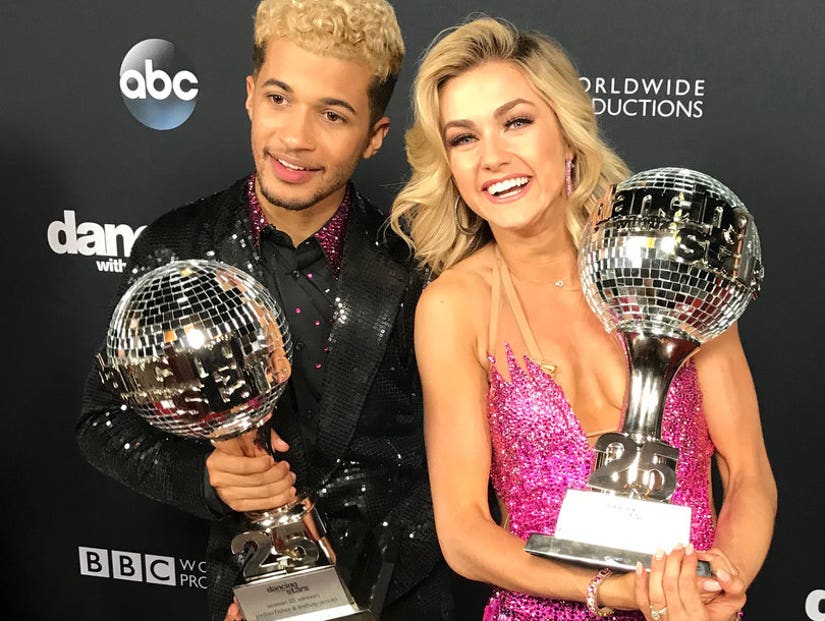 The duo won out over tough competition from Frankie Muniz and Witney Carson, and Lindsey Stirling and Mark Ballas.

TooFab caught up with the pair moments after they were crowned king and queen of the dance floor, where they got incredibly emotional while thanking each other for all the hard work each put in all season long.

"I don't even know where to start honestly," Fisher said when asked to give his partner a message on camera. "Thank you for making me better. Better as an artist, as a dancer, as a person, as a friend, as a brother. This has been the most incredible journey and experience. This is the cherry on top of the sundae that we got to share for 12 weeks."

"I could not have done it without him," added Arnold. "Not just the win, but everything I did this season. I had to push myself because he was that great and we had to get better and better each week. I would not have been able to do what I did this season without him. I have a brother now who will be with me for the rest of my life and who will look out for me and care for me and that means more than anything I could even imagine." 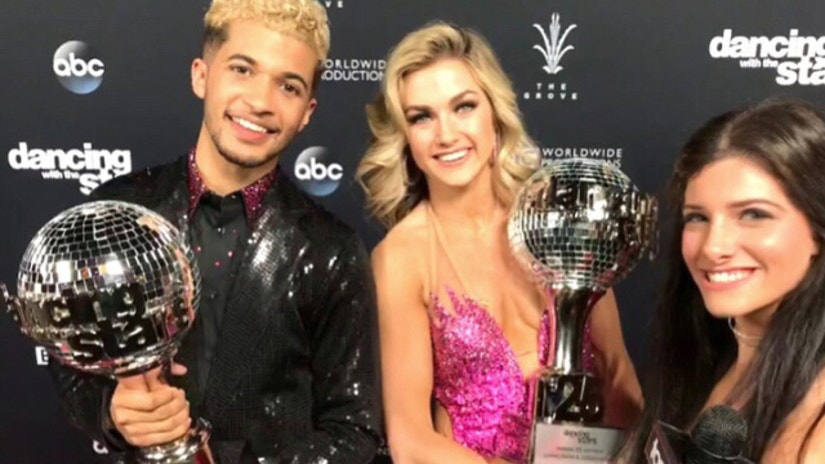 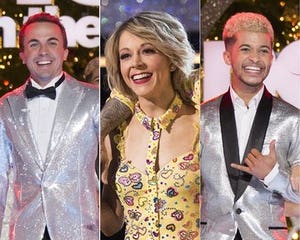 A few other pairs shared that sentiment, as Drew Scott said he wasn't letting Emma Slater out of his life anytime soon either.

"I have a new friend for life and also, I'm pulling her in to teach me my first dance for my fiancé for my wedding," he revealed. "It's a mashup. It'll be our own freestyle. It'll be some rumba, some swing, we'll switch it up!"

Derek Fisher apologized to his partner, Sharna Burgess, for their short journey on the show, but thanked her for teaching "me so much more than dance."

"Dancing With the Stars" returns for a special four-week, all-athlete edition in the spring.