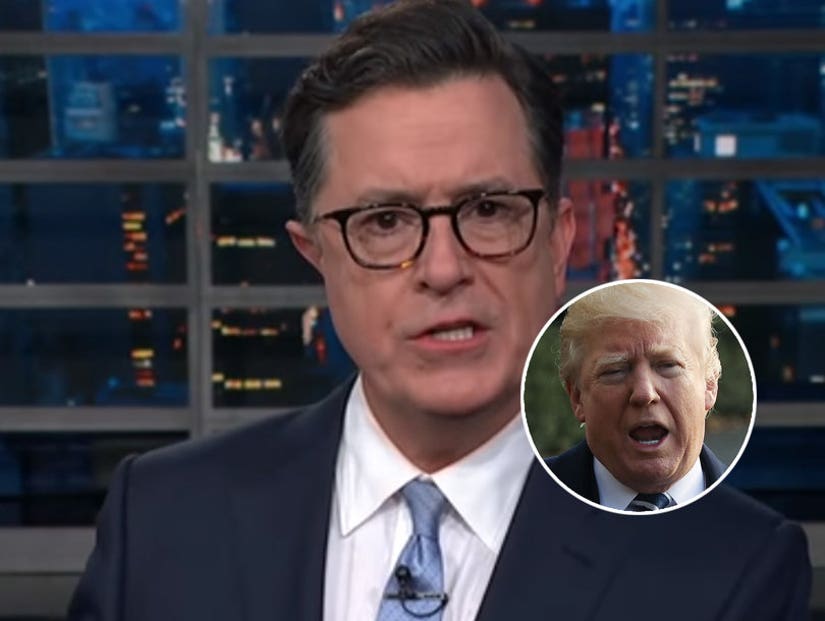 In his monologue Friday night, Stephen Colbert called out President Trump's Twitter feud with British Prime Minister Theresa May, jokingly pleading for Britain to "take us back."

After Trump retweeted a series of anti-Muslim videos earlier this week, May took to Twitter to call him out. "It's wrong for the president to have done this," May tweeted.

Needless to say, Trump took to Twitter to get back at May, only he managed to direct his tweet to the wrong Theresa May. America is "doing fine," POTUS said.

"The Late Show" begged UK viewers "Don't believe him!" and asked to be allowed back into the British Eppire.

"England, we need your help, take us back," said Colbert. "We'll be good. We'll even drink tea!"