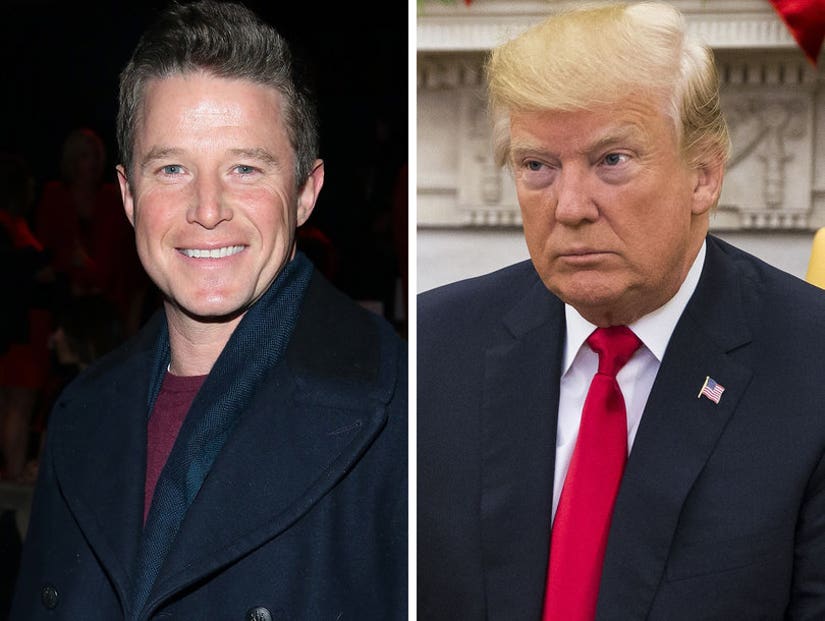 Billy Bush has broken his silence after President Donald Trump tried to cast doubt on the infamous "grab 'em by the pussy" tape, opening a New York Times op/ed with the words, "He said it."

The former "Access Hollywood" and "Today" host was fired shortly after the 2005 tape was released in October 2016 for his involvement in the conversation. On the recording, Trump could be heard saying, "When you're a star, they let you do it, you can do anything... grab them by the pussy." 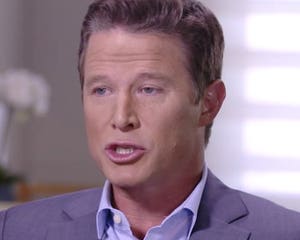 As the ongoing sexual harassment scandal continues to gain momentum in Hollywood, the media and on Capitol Hill, Trump has purportedly begun to question the veracity of the tape he's already apologized for, suggesting it might not be his voice on it.

Bush is clearly having none of it. ""President Trump is currently indulging in some revisionist history, reportedly telling allies ... that the voice on the tape is not his," Bush wrote. "This has hit a raw nerve in me."

As he described it, Bush and seven other men were on the bus getting ready to film a segment. "Every single one of us assumed we were listening to a crass standup act," Bush recalled. "He was performing. Surely, we thought, none of this was real." 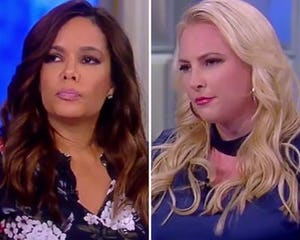 He then detailed some of the specific sexual assault allegations against Trump in light of the "standup act," concluding each time, "I believe her. "I believe her."

"To these women: I will never know the fear you felt or the frustration of being summarily dismissed and called a liar, but I do know a lot about the anguish of being inexorably linked to Donald Trump," Bush wrote, calling thjem "culture warriors at the forefront of necessary change."

Hollywood largely came out in support of the op/ed, while general responses pared down party lines. Bush tweeted his thanks for the support.

Thanks @thebillybush. This is what we all need to hear. Opinion | Billy Bush: Yes, Donald Trump, You Said That - The New York Times https://t.co/zWnMG5fuIt

YES! Thank you Billy Bush for telling the world what a pathological liar @POTUS is and showing how pathetic he is. https://t.co/kxsd0tWxGP

Billy Bush - u wrote this? billy bush ? for real? https://t.co/0eCnBHLmPU

Billy Bush for the win. https://t.co/rCyi4Tgfsi

One of 2017's greatest horrors is that now we have to like Billy Bush https://t.co/ZXSE4IKJGO

You said it and you did it, to countless women. You're a disgrace of a President and a man, @realDonaldTrump . And we're coming for you. #DrainTheWeinsteins https://t.co/WoOCeSbRHo

I appreciate all the support you've given me. Ive learned so much this past year, and I'm hopeful this dark journey will lead into the light. I'll be on with @StephenAtHome tomorrow, and though I've been on TV almost all my life, this feels different. I hope you all will join me.