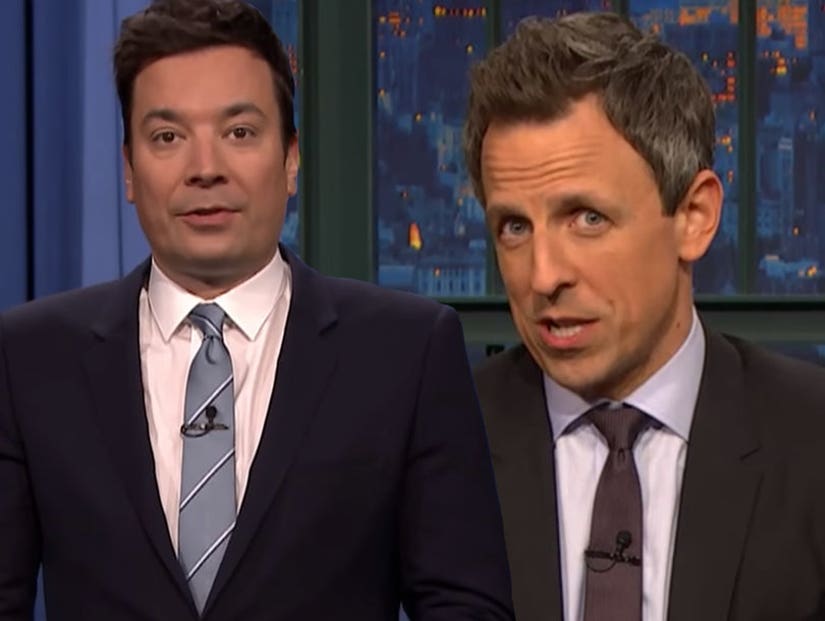 Omarosa continued to be the talk of TV on late-night Thursday evening, where both Seth Meyers and Jimmy Fallon dropped a few disses in her direction during their shows.

The former White House liaison was ousted from her position on Wednesday. While there are reports the "Apprentice" star was fired, she claims she resigned. "And when I can tell my story, it is a profound story that I know the world will want to hear," she teased on "GMA."

That led to some shade from Robin Roberts, which both late-night hosts celebrated. 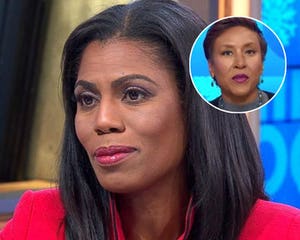 Here's how they both handled the subject last night:

Meyers started by saying "no one was every really sure exactly what she did in the White House," claiming the most anyone knew about her was that she brought 39 bridesmaids to 1600 Pennsylvania Avenue for a wedding photo shoot.

"Oh my God, Trump's staff treats the White House the way tourists treat the M&M store. 'I want a picture with the green one!" he joked. "Also, 39 bridesmaids?! Is this a massive wedding or are you just trying to make one friend feel really terrible?"

He went on to point out how Omarosa said Chief of Staff John Kelly fired her in the Situation Room. "Wow, the Situation Room. Though I have a feeling any room Omarosa goes into becomes a Situation Room," he joked. "Seriously, you know it's bad when they have to fire you in the same place they killed Osama Bin Laden."

Of Roberts saying "Bye, Felicia" after O's "GMA" interview, he added, "Daaaamn! I wish all news anchors signed off that way!" 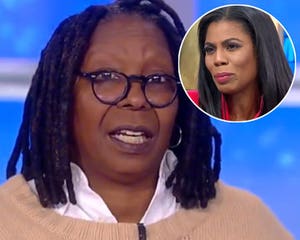 "Hey guys, do you remember that old episode of 'The Apprentice' where Trump fired Omarosa and she flips out? Well, I guess they aired a rerun the other night in the White House," joked Fallon.

Though Omarosa said she left to "pursue other opportunities," Fallon said, "even dogs 'living on a farm upstate' were like, 'Yeah, right.'"

He also addressed reports that she tried to storm Trump's residences after she was let go. "A secret service agent stopped her, while another said, 'Eh, I want to see how this plays out. Get your phone, get your phone out!'"

"Omarosa put a positive spin on things," he continued. "She said her goal all along was to reach one year of working in the White House. Which is funny, 'cause that's actually Trump's goal too."

Of Roberts' dig he added, "Meanwhile, Trump was like, 'I thought her name was Omarosa. Is it Felicia?'"