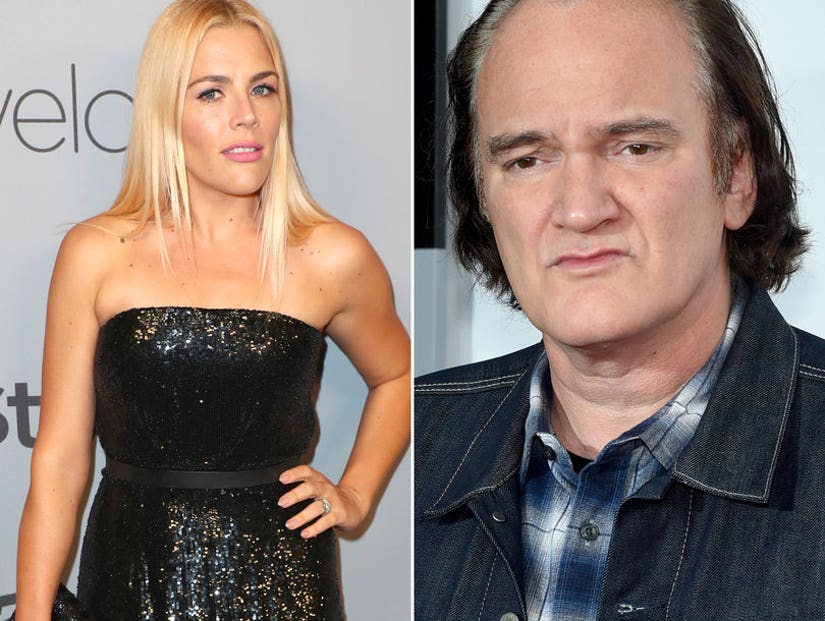 Busy Philipps is "embarrassed" she ever wanted to work with Quentin Tarantino, slamming the director after comments he made in 2003 came back to haunt him.

The "Freaks & Geeks" star launched into a series of tweets against the "Kill Bill" filmmaker and revealed her own experiences with him in response to a resurfaced Howard Stern interview from 15 years ago. In the interview -- brought back to light by Jezebel -- the director argued Roman Polanski's 13-year-old statutory rape victim "wanted to have it." 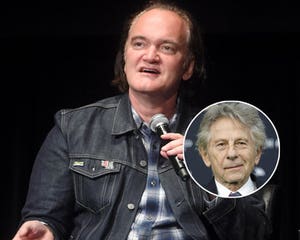 Like fucking spiting on an actresses face and choking her wasn't enough. Fuck this guy. Fuck anyone who works with him. I'm embarrassed that I ever auditioned for him. Fuck him.

That last tweet was in reference to a recent New York Times piece with Uma Thurman, in which she alleged Harvey Weinstein sexually assaulted her and detailed an "enormous" feud she had with Tarantino after a car crash on the set of "Kill Bill." 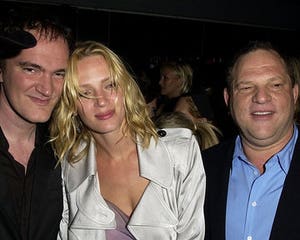 In the article, author Maureen Dowd also said Tarantino spit on and choked Thurman for scenes in the film. Thurman did not directly talk about either incident. In a Deadline interview, Tarantino acknowledge that both moments happened, adding context that it was "Uma's suggestion" for him to choke her for that shot in the movie. As for the spitting, he said he didn't want to ask anyone else do it and it was easier for him to "kind of art direct this spit."

Actress Diane Kruger was choked in a similar manner by Tarantino for the film "Inglorious Basterds." On Tuesday, she posted: "This is an important moment in time and my heart goes out to Uma and anyone who has ever been the victim of sexual assault and abuse. I stand with you. For the record however, I would like to say that my work experience with Quentin Tarantino was pure joy. He treated me with utter respect and never abused his power or forced me to do anything I wasn't comfortable with. With love, D xoxo"

As for the car stunt in "Kill Bill," Tarantino said making Thurman drive that stretch of road was "the biggest regret of my life." He had driven the road himself, but changed direction for the film shoot. "As a director, you learn things and sometimes you learn them through horrendous mistakes," he said. "That was one of my most horrendous mistakes, that I didn't take the time to run the road, one more time, just to see what I would see."

After her initial tweets, Philipps continued railing on the director for the resurfaced Stern interview and expressed regret for a time she agreed to wardrobe suggestions for an audition with him.

That I fucking showed up in SHORT SHORTS AND FLIP FLOPS as requested because I WANTED THE JOB. This business sucks and enables predators and FUCKING ENOUGH.

Btw this was 10 year ago. I'm SURE IM TOO FUCKING OLD NOW.

Ok. Sorry. I have to go put my two girls to bed and pray that they they get to grow up in a world where drugging and raping a child at 13 isn't laughed off in a radio interview "because she wanted it".

In the full Stern interview, Tarantino tried to explain to the baffled host and Robin Quivers why what Polanski did was "not quite the same thing" as rape. "He had sex with a minor, all right. That's not rape. To me, when you use the word rape, you're talking about violent, throwing them down -- It's one of the most violent crimes in the world," he said.

Ultimately, Tarantino did concede that the situation was wrong and that Polanski should have shut it down. "The only thing I'm having a problem with is using super-big buzz words that don't quite apply to the situation." Tarantino has yet to respond to this audio making the rounds again.