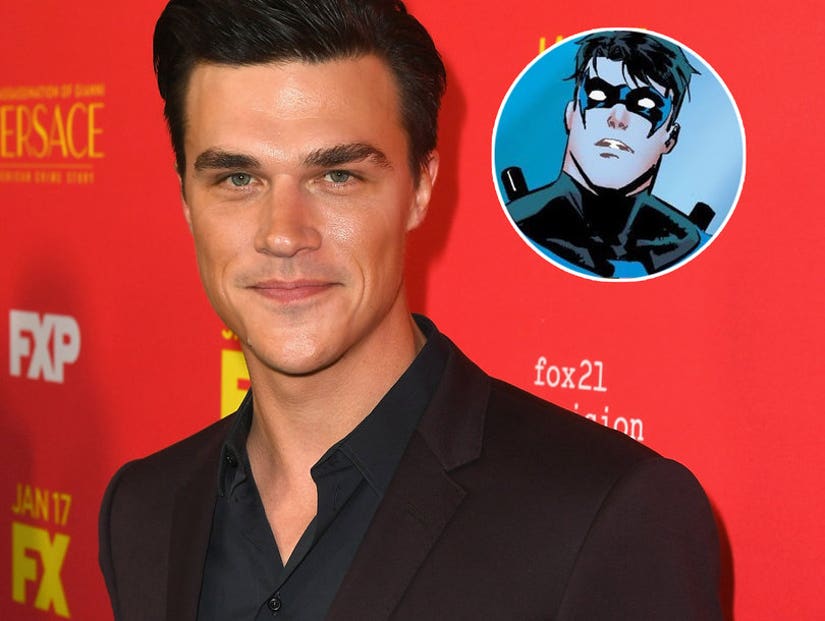 DC's slate of comic book films always seems in flux, but there's one character fans are still clamoring to see on the big screen: Nightwing.

A movie based on Dick Grayson's crime fighting alter-ego is in the works from director Chris McKay, who has been teasing his followers with updates about the film on social media. Though no cast announcements have been made yet, fans have been dream casting the role on Twitter. So far, names like Zac Efron, Steven Yeun and "American Horror Story" star Finn Wittrock have gained popularity.

Wittrock fed into the frenzy by sharing fan art of him in the superhero's costume on Twitter. Earlier this month, a tweet to McKay suggesting the actor for the role also generated huge support, racking up nearly 2.3k likes:

What a coincidence, I was just talking about Nightwing! pic.twitter.com/vg5jBeW5Q4

While speaking with TooFab about his work on the current season of "The Assassination of Gianni Versace: American Crime Story," we just had to ask what he thought about all the online chatter.

"I love that idea too!" he exclaimed. "That keeps popping up. I'm totally into it, I love that character and I've let it be known through the DC world that I'm game. So, we'll see!"

The actor is certainly in superhero shape right now after bulking up for "Semper Fi," a thriller he's currently filming in New Orleans. Wittrock showed off his impressive "guns" two weeks ago on Instagram:

"That picture got a lot ... it was like, Jesus, it got like twice as many likes as usual," Wittrock told TooFab of the reaction to the photo.

"I'm down here in New Orleans, we're having a lot of fun. It was just Mardi Gras," he continued. "It's like you work hard, you play hard. It's good, it's a really good group. We're right in the middle of it, so I can't speak much. But it's opening up in a cool way, more than we expected."

"They've been pushing us, but it's a good group of guys," he added of his workouts. "We sort of all egg each other on ... when you do have fun camaraderie, it doesn't hurt as much."

See Wittrock on "The Assassination of Gianni Versace: American Crime Story" Wednesday, February 28 on FX. We'll post more with him about his role on the show next week.