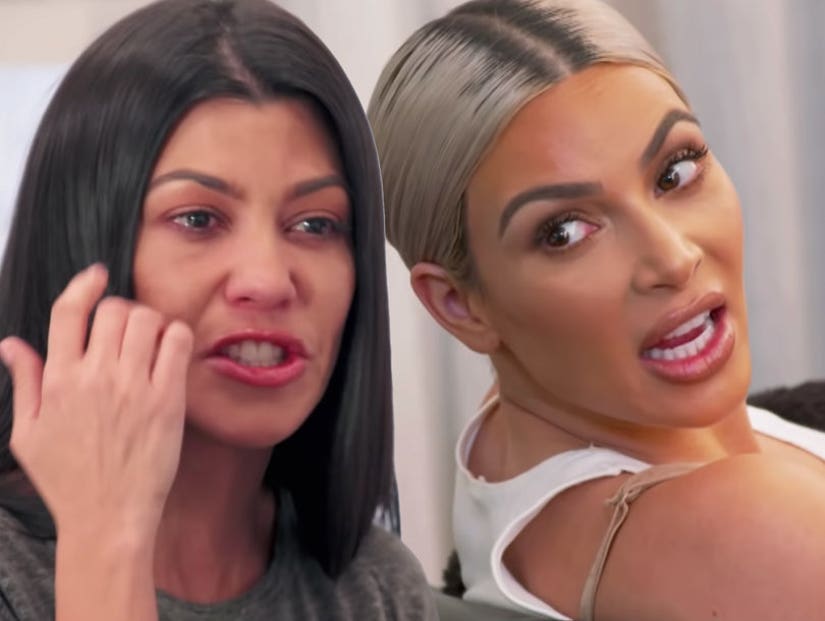 In the first trailer for Season 15 of "Keeping Up With The Kardashians" the sisters are at war, babies are everywhere, and Caitlyn Jenner is still a trending topic. 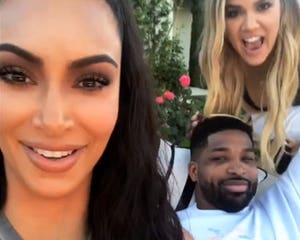 While Kim jokes that "nothing as changed," we know that's not true as the past year brought three new additions to the Kar-Jenner clan, a giant cheating scandal, and Kanye West's now infamous candid commentary on slavery.

"Are you obsessed with being a mom?" Khloe Kardashian asks at one point. "Yes, I am!" Kylie Jenner replies.

"My sisters are closer than ever," Kim says in the voiceover, as the clip cuts to her screaming. "You don't do f--king s--t!" she yells, to which a crying Kourtney Kardashian replies, "You're just f--king a bitch!"

Another point in the trailer, Kris Jenner is seen saying, "He's still part of our family," to which Kendall Jenner responds, "What about my dad?"

"She just doesn't want to be a Kardashian anymore," Kim tells Khloe at the end of the video, to which Khloe replies. "She can shove Kardashian up her f--king vagina!" Based on the full synopsis for the season (below), it sounds like they're talking about Kourt.

The ever-growing Kardashian family faces some of their toughest challenges yet. This season is a baby boom as Khloé and Kylie navigate first-time motherhood and Kim welcomes her third child via a surrogate. Meanwhile, tensions run high between the three eldest sisters as Kim and Khloé question Kourtney's drive and priorities, causing Kourtney to contemplate her loyalty to the family.

Taking their passion for advocacy to the next level, Kourtney and Kim head to the nation's capital to lend their voices to important causes. While Kourtney is advocating for safer personal care products, Kim makes it her mission to have President Donald Trump grant clemency for Alice Marie Johnson, a woman that was sentenced to life in prison for a first-time, non-violent drug offense. Viewers will see, in real-time, Kim fight for Alice's rights which eventually leads her to freedom.

Kendall continues to take the modelling world by storm, making a point to enjoy the countries she is traveling to while channelling her inner child especially while in France. Kourtney and Scott embrace their “new normal” by tackling co-parenting their kids, and Kim reacts to some of Kanye's controversial comments as he prepares for the release of his latest album. Meanwhile, the competition turns fierce as the entire Kardashian-Jenner-West families come together for a good cause to tape an episode of “Celebrity Family Feud,” fulfilling one of Kanye's lifelong dreams of appearing on the show. Even with their differences of opinion, this close-knit family knows they are better when they are all together.

"Keeping Up With The Kardashians" premieres Sunday, August 5 at 9/8c on E!