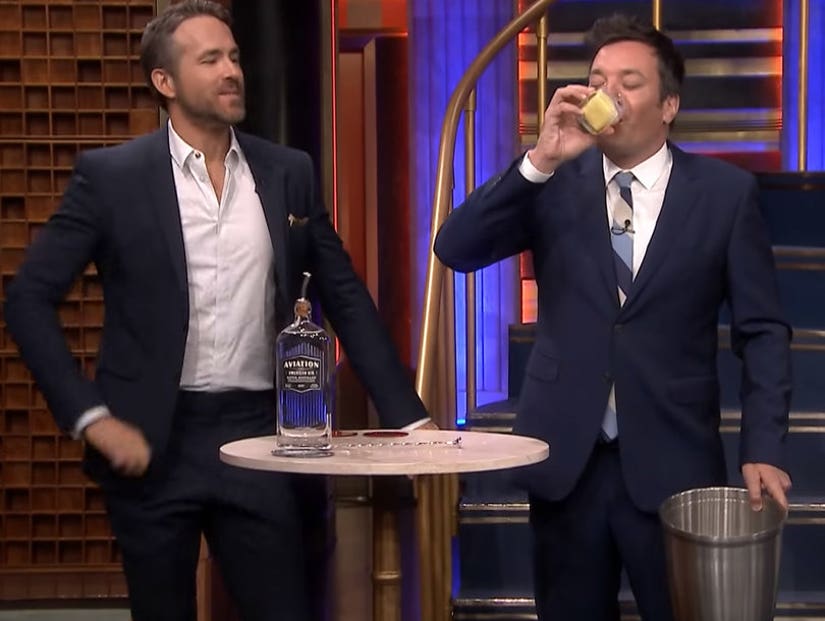 During the game, Reynolds and Fallon took turns dropping disks down the "Drinko" board where it would land on drink ingredients such as melted ice cream, maple syrup, and "blood." Each turn they dropped two disks down the board and the liquids within the prospective cups were mixed together to create a "brand new" cocktail. 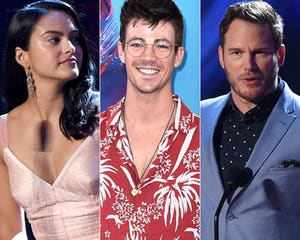 Before the competition started, Reynolds -- who was there promoting his liquid brand Aviation Gin -- said he was nervous because he had a "weak stomach." However, his first combo was Twinkies and grape soda, which was easy for him as it's "like 90 percent of his child's diet." The "Deadpool" star added some gin and called the new drink the "Ruth Bader GINsberg."

Fallon proved to actually be the one with the weak stomach as he was tasked with drinking liquid Twinkies with horseradish. Reynolds added some gin to the "vile" and "super gross" drink to help him out, but the late-night host threw up the drink immediately after chugging it.

As Fallon laid on the ground, Reynolds grabbed the bucket and looked inside.

"Wow, look at that! You barfed up your whole childhood," he joked. "Was that the first time you barfed on your own show?"

But the game wasn't over yet. It was Reynolds' turn again.

"Has anyone thought to ask like whose blood it is?" he asked.

Fallon joked that maybe it was "unicorn" or "Care Bear" blood.

Reynolds was then tasked with another easy drink: grape soda and kombucha, but he wanted to make it more interesting and suggested that Fallon "throw a 'blood'" in there.

"This guy knows how to party come on," Fallon said.

Reynolds proved that he really could party and went "all in." The actor created his own cocktail adding the "blood," bone broth, bacon, egg, and cheese, and the "worst" clam juice. He chased it all down with a lot of gin.

The actor seemed to keep it all down, well at least from what we saw on TV.

In addition to his gin company, Reynolds also appeared on "The Tonight Show" to promote "Deadpool 2 Super Duper Cut." The father of two revealed to Fallon what his original sequel idea was for the foul-mouthed superhero.

"The whole story of the movie would be Deadpool trying to steal the big red chair from 'The Voice' and they were like 'that's just the dumbest thing ever,'" Reynolds recalled.

Another idea that Reynolds pitched to the studio for the sequel was to have Brad Pitt make an appearance as character Vanisher, who "doesn't speak" and is "invisible." However, this idea actually made the final cut of the film. 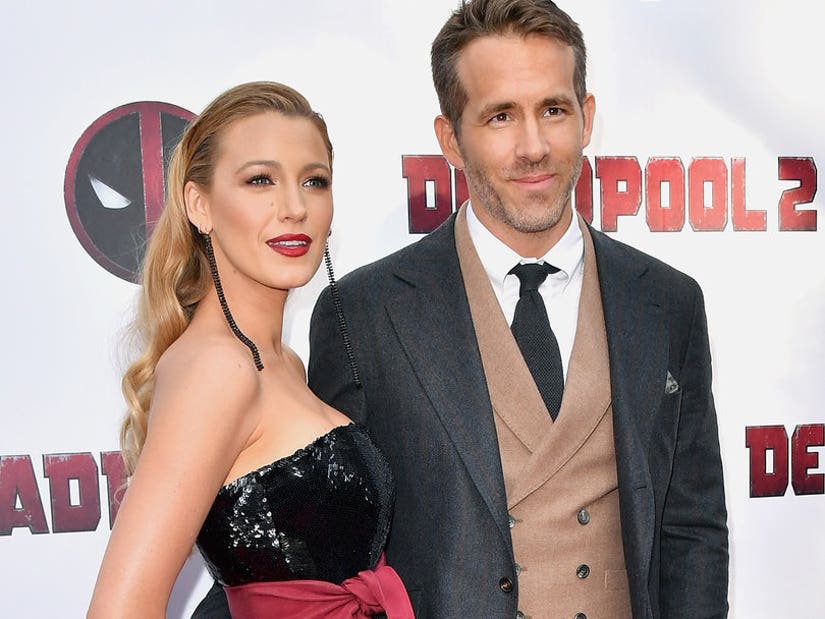