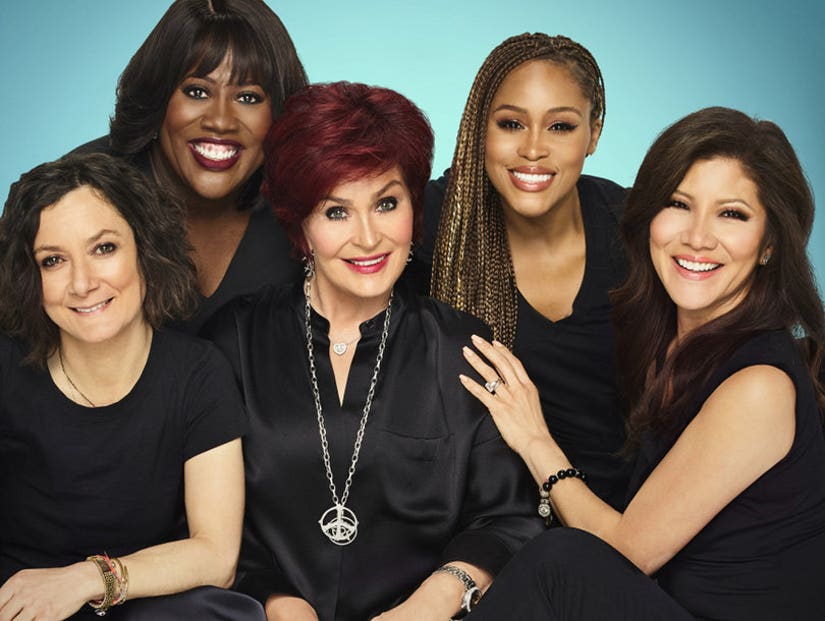 The new season of "The Talk" dove headfirst into the sexual assault allegations against Les Moonves, without regular cohost Julie Chen -- Moonves' wife -- joining the other women on air.

Calling it a "bittersweet" premiere, Sharon Osbourne stated she was "nervous" to address Moonves' exit from the network on the show, after a total of 12 women accused the CEO of assault and harassment. 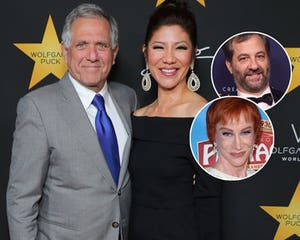 "We're about to talk about something that affects everybody's lives here at CBS," said Osbourne. "As you all know, Julie's husband is in the news and she's taking off time to be with her family."

"I want to say that whatever times I've had of hardship, Julie has always been there for me. She's been a friend, she's someone who I admire and respect greatly. It's very embarrassing and upsetting to have to talk about her husband, but we do, we feel it's right," she continued, adding that she only knew Moonves on a "superficial" level.

"I was asked a couple of months ago to make a statement supporting Leslie, which I felt I was as diplomatic as I could be with the statement that I made," she said, likely alluding to a now-deleted tweet from July, after the first wave of accusers spoke out. "Now, after 7 more women have come out, the stories are so similar, the pattern is so similar, for me, he's not been convicted of any crime, but obviously the man has a problem."

She then spoke about feeling concerned for how the "new regime" to step in will affect the show, it's crew and producers. She also said the story from former TV executive Phyllis Golden-Gottlieb "broke my heart." Golden-Gottlieb said Moonves forced her to perform oral sex on him, before destroying her career.

"Her story just broke my heart. It really broke my heart and I don't care whether it was yesterday, 20 or 30 years ago, but somebody that breaks somebody's life like that has to be accountable," she said. "Why is it that when men get power it goes to their testicles? I do not know why, but it's true." 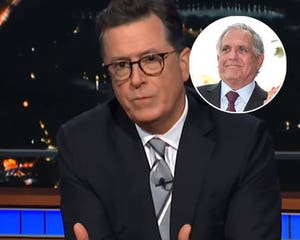 "Julie is our friend, this is our ninth season and we've been together since the beginning. I love her, I support her always, however this is an important time in our culture and just because this hits close to him, it doesn't change the story," said Sara Giblert. "All women's stories matter and these women's stories matter. This is very serious and the appropriate actions need to take place. I am happy when women are heart, because for a long time they haven't been."

"I've now come to care for every woman at this table and this is ridiculously difficult," added Eve. "We've talked about other instances with other people and it's easy to say however we feel. But when it's somebody that you know, what do you say, how do you feel? For me, I echo the same, I support Julie and I'm praying for her and praying for her family and hoping, sending her strength. This is, it's really really hard."

She went on to say she can't wait for the day where "women are equal, where these stories won't have to happen anymore."

Sheryl Underwood said she knows Chen is "a very strong" and "resilient" woman, before saying she considers the reports "a blessing from God to be unburdened from secrets and unchained from lies." 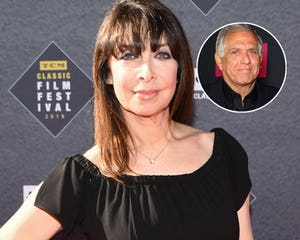 "Today, we have got to understand that women are carrying this around," she continued. "Today we say, enough is enough and today we say we believe in you, we hear you. Do better with your life and never come back to this day, ever again."

As part of his exit from the network, Moonves and CBS said they will donate $20 million to "one or more organizations that support the #MeToo movement and equality for women in the workplace."