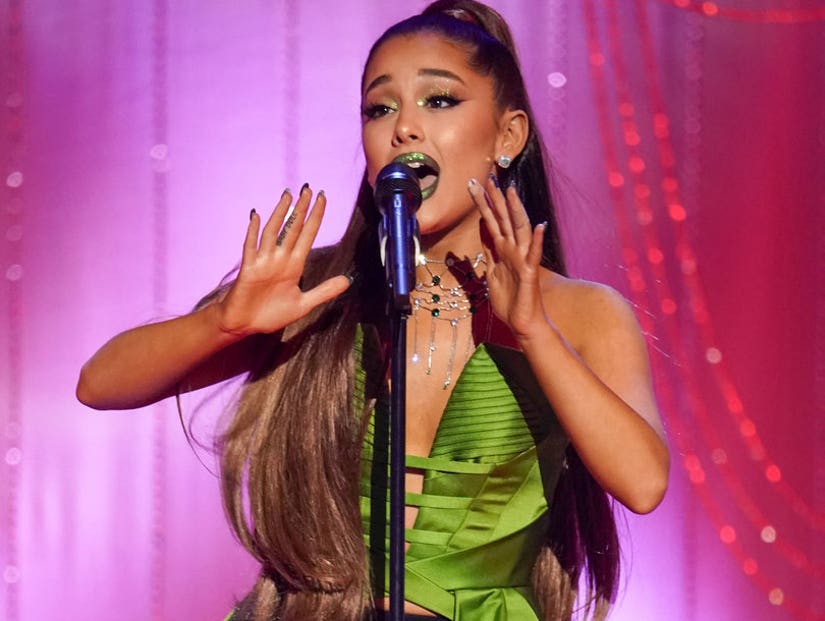 The singer appeared on a 15th anniversary special for the Broadway musical -- watch all the standout performances!

Ariana Grande's voice was strong as ever as she returned to the stage on "A Very Wicked Halloween: Celebrating 15 Years on Broadway" Monday night.

The "Breathin'" singer performed "The Wizard and I" during the NBC special, which was filmed earlier this month. The filming came days after calling off her engagement from Pete Davidson and was also her first performance since the death of her ex boyfriend, Mac Miller, who died of an apparent overdose in September.

Sporting an Emerald City-green top, black pants, knee-high boots and her trademark ponytail, Grande accentuated her look with matching green eye makeup, lipstick, necklace and nail polish. She also wore what appeared to be a Band-Aid over her "Pete" tattoo over her left ring finger.

When she filmed the performance earlier this month, Grande wrote on Instagram that she was "honored to be included in this celebration of 15 years of my favorite musical of all time," adding that she "wouldn't miss it for the whole universe #wicked15."

Menzel, Kristin Chenoweth, Adam Lambert, Ledisi, Pentatonix, an army of Elphabas and the current Broadway cast of the show also took the stage during the special -- watch more of the numbers below!