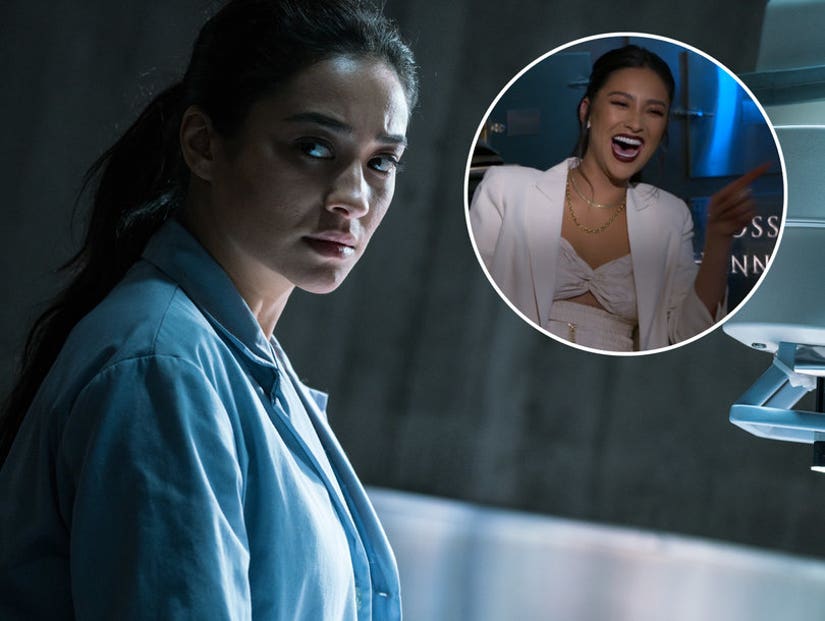 The "Pretty Little Liars" alum scares the crap out of TooFab, while also spilling on her transition to movie headliner.

Shay Mitchell has graduated from the TV screen to the top of a movie marquee with the freaky new flick, "The Possession of Hannah Grace," her first headlining role in a feature film.

While the former "Pretty Little Liars" star has appeared in movies like "Mother's Day" and "Dreamland," Mitchell is front and center in "Hannah Grace," a movie which hinges on her performance. Hell, her name is the only one one above the title on the poster.

"No pressure!" joked Mitchell when TooFab caught up with her at a press day for the project. Adding that she definitely felt a greater responsibility accepting the part, she said she "accepted the challenge because why not." 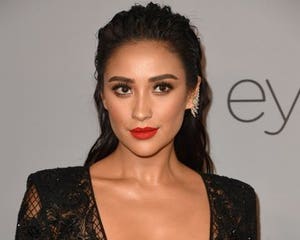 "Other people have done it before and I think I could handle it," she continued. "It was a challenge, but one that I welcomed with open arms."

Even Mitchell thinks it's "kind of crazy" to see her name as one of the main selling points. "Seeing the posters and being like, 'Shay Mitchell' ... whoa," she added, "and being the first credit that pops up, it's really exciting."

Mitchell plays morgue worker Megan Reed in "Hannah Grace," a horror movie about a possessed corpse showing up and wreaking havoc inside a Boston hospital. But the scares for this one weren't only relegated to the big screen, as Mitchell and the team organizing the junket had a surprise in store for reporters: a screaming "cadaver" who popped out midway through the interview. You can see our own reporter's big shock at the 40-second mark below. 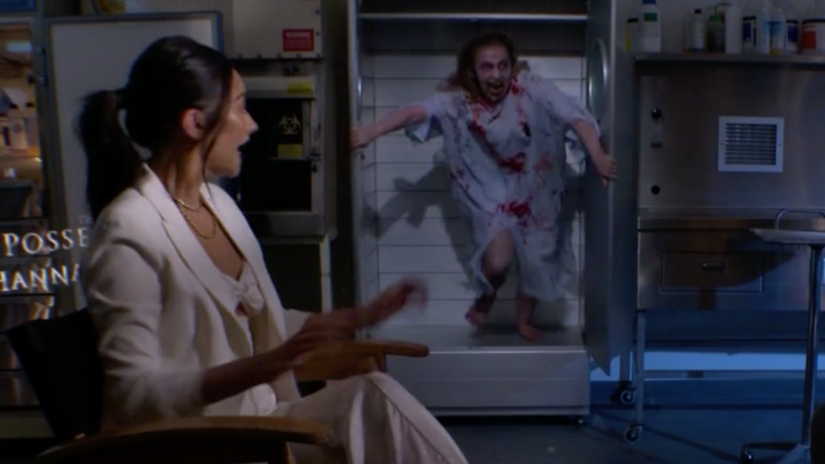 "I'm sorry, I really have to spice it up a little bit," she apologized after a woman ran past them, shrieking. "You guys go to these things all the time, I need you to remember me!"

The crew working on the film was just lucky none of them tried to spook her out on set.

"I'm more-so the prankster than other people are to me. I love it, I find such thrill in it," she explained. "But if you do it to me, I'm like angry about it. I give you a strong left hook."

"It was a really big set and when they turn the lights off, the lights were off," she said of the vibe during filming. "I'm not the bravest person, okay? I don't watch a lot of horror movies myself because my mind already runs wild." Despite there being a large crew around her, Mitchell admitted that "there were some moments while shooting that I was a little freaked out."

But she also warned: "There's a lot of sharp objects on set, don't come for me, go for somebody else." 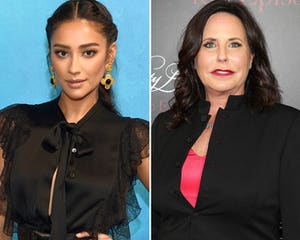 So, where does Mitchell go from here? The only upcoming project listed on her IMDB page is "The Heiresses," a show that was supposed to re-team her with "PLL" creator I. Marlene King. That, she simply said, is no longer happening.

"But there's so many different productions that I'm working on right now, having the production company Amore & Vita with Warner Brothers, thats been really fun to be on the other side of everything and seeing different projects that draw me in from a producer standpoint," she explained.

Truly, what's next?" she asked, "Anything that I'm passionate about."