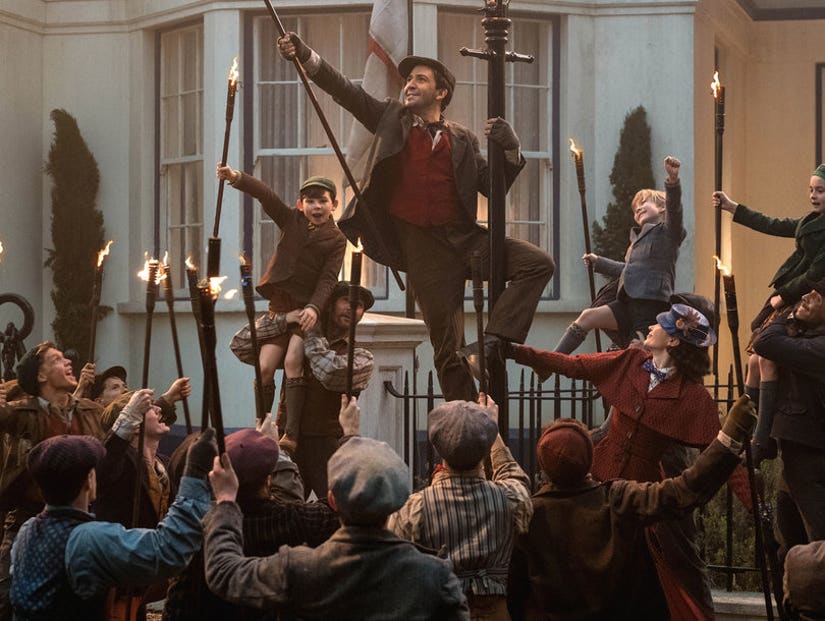 After visiting the set during filming, the actor's 4-year-old son sings his father's breakout song from the movie.

"Mary Poppins Returns" is sure to have children singing for years to come, but how many of them can also claim one of the film's stars as their dad?

While Emily Blunt effortlessly steps into the title role, "Hamilton" mastermind Lin-Manuel Miranda also shines as Jack, a lamplighter who served as an apprentice to Dick Van Dyke's Bert. It's a huge role for Miranda, a brilliant Broadway creator and charismatic performer who's steadily been building up his resume with more and more work outside of theater as well.

While it's been a big change, Lin says it's also been a joy for both the actor and his family.

"There are a lot of highs on a movie like this and coming from the theater -- where the only thing that changes in the performance is the audience and your energy that day -- to go, 'Okay, Thursday we'll be shutting down Buckingham Palace and riding with 500 bicyclists, and Friday you'll be, you know, dancing with the penguins,'" he explained at a press day for the film, "those kind of moments are really sort of unforgettable."

One show-stopping scene in the movie is an extended performance of "Trip a Little Light Fantastic," a number with callbacks to the original's classic "Step In Time." Lin's son, Sebastian, was clearly impressed when he visited the set during production.

"I brought my son to set every time we filmed a musical number and to watch his eyes like saucers while daddy danced with, you know, what seems like 500 dancers and bikers, I'll never forget the look on his face as long as I live," he explained.

Now that the film has started screening, the actor took his family to see the movie. On Monday, Miranda shared some absolutely adorable audio of his boy singing his papa's big number.

The Tony-winner was approached to star in the film while he was still appearing in "Hamilton" in NYC. For him, the chance to work with director Rob Marshall was a dream come true. During the press day, he recalled having the premiere date for Marshall's "Chicago" "written in blood" on his calendar, calling the production "the greatest modern movie music I'd ever seen in my life."

"So when I got a call from Rob Marshall and [producer] John DeLuca, 'We'd like to talk to you about something,' that became an immediate priority," he explained. "They came to buy me a drink between shows. I was still in 'Hamilton' at the time and I had a two-show day. So I finished the matinee, rolled across the street to the Paramount Hotel and I met them for a drink."

"They said sequel to 'Mary Poppins' and I said 'Who's playing Mary Poppins?' They said Emily Blunt and I said, 'Oh, that's gooood,'" he continued. "Honestly, I can't give them enough credit for seeing this role in me because when I'm playing Hamilton, I mean there is no childlike wonder in Alexander Hamilton. He has a very traumatic early life. He goes on that stage and he wants to devour the world and he wants to move so fast and he wants to do everything whereas Jack in this movie as they pitched him to me has this childlike sense of wonder. He has this, you know, he's in touch with that imagination you all see in your kids when they can sort of play in their own imagination for hours."

"I feel so humbled that he saw that in me and from that moment, from that drink, I was in," he added.

Once he wrapped in "Hamilton," he cut off the character's long locks and jetted to the UK, where he "jumped into Mary Poppins' universe." 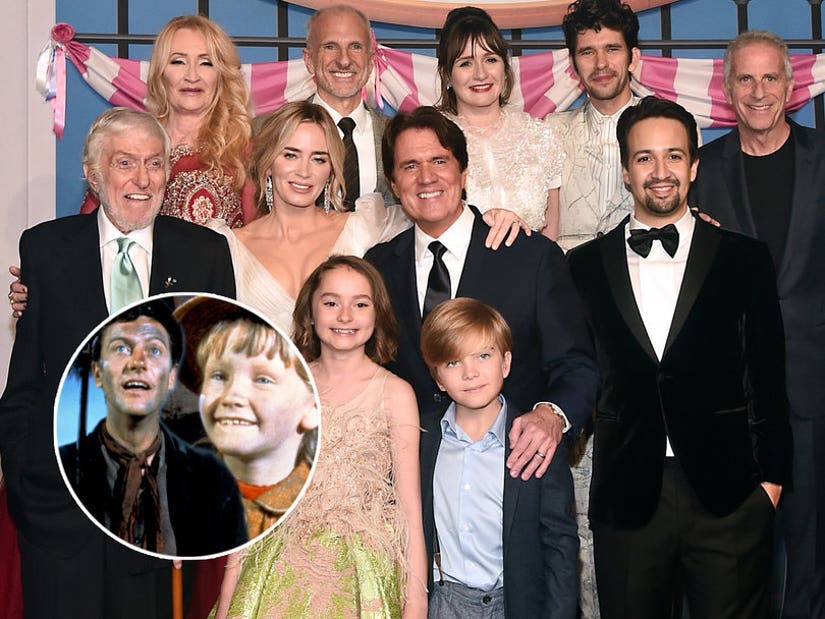