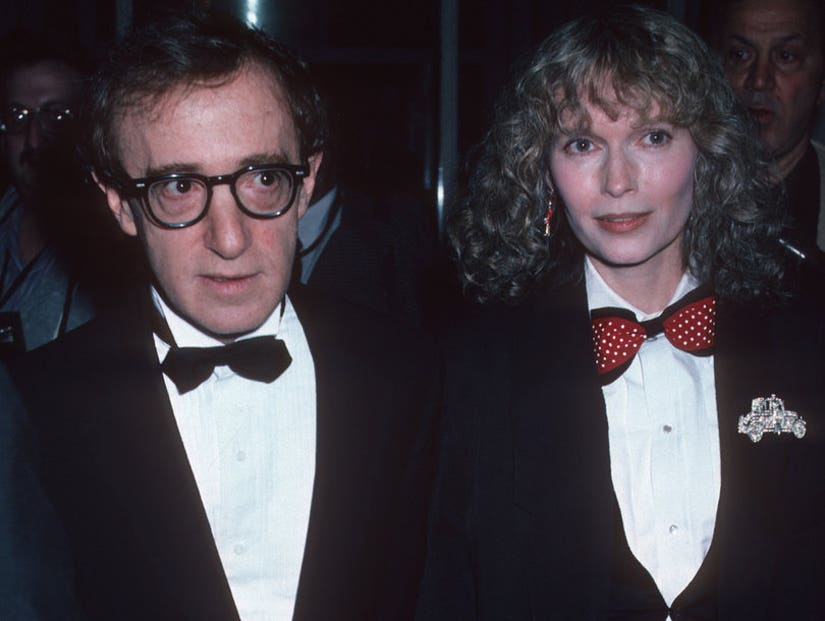 Babi Christina Engelhardt says her discreet relationship with the director began when she was underage.

Woody Allen's reputation in the #MeToo era just took another hit: a Hollywood assistant has come forward to allege she had an eight-year secret affair with the Oscar-winning director, beginning when she was just 16 years old and he was 41.

Babi Christina Engelhardt, now 59 and working for legendary movie producer Bob Evans, told The Hollywood Reporter all about their alleged romance, which she said included threesomes with Mia Farrow and an unequal power dynamic. But she's not mad about any of it, and only opened up to "provide a perspective."

"I'm not attacking Woody," she said. "This is not 'bring down this man.' I'm talking about my love story. This made me who I am. I have no regrets." 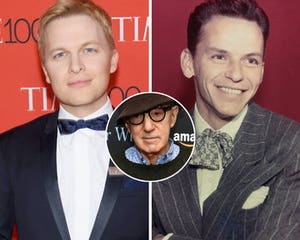 Engelhardt was an aspiring model when she made a move on Allen at a Manhattan restaurant in October 1976 by dropping her phone number off at the famous comedian and filmmaker's table. According to her, they were having a sexual relationship within weeks of that first encounter. The legal age of consent in New York state is 17. Allen apparently never asked her age, but Engelhardt said she told him she was still in high school.

The pair had been meeting up for discreet sex at Allen's Fifth Avenue penthouse for four years by the time he introduced his girlfriend, Farrow, for threesomes, Engelhardt claims. The former model not only told THR about the liaisons with the "Rosemary's Baby" star, but wrote about them in a memoir manuscript the article also cited.

She wrote that she "felt sick" the first time Allen introduced his public girlfriend, who was 14 years older than Engelhardt and would go on to start a family with Allen before their nasty split in 1992.

"I didn't want to be there at all, and yet I couldn't find the courage to get up and leave," Engelhardt wrote. "To leave would mean an end to all of this. Looking back now, that's exactly what I needed, but back then, the idea of not having Woody in my life at all terrified me. So I sat there, patiently, calmly trying to assess the situation, trying to understand why he wanted the two of us to meet." 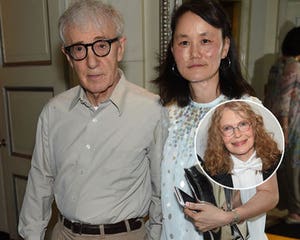 Engelhardt told THR she became fond of Farrow after a "handful" of threesomes and wrote in her manuscript, "There were times the three of us were together, and it was actually great fun. We enjoyed each other when we were in the moment. She was beautiful and sweet, he was charming and alluring, and I was sexy and becoming more and more sophisticated in this game. It wasn't until after it was done when I really had time to think of how twisted it was when we were together ... and how I was little more than a plaything."

"I used to think this was a form of mother-father with the two of them," Engelhardt told THR. "To me, that whole relationship was very Freudian: how I admired them, how he'd already broken me in, how I let that be all right."

Allen and Farrow did not provide any comment for the lengthy article, in which Engelhardt also commented on her former lover falling for and marrying Farrow's adopted daughter, Soon-Yi Previn.

"I felt sorry for Mia," she said. "I thought, 'Didn't Woody have enough 'extra,' with or without her, that the last thing he had to do was to go for something that was totally hers?'"

"He had groomed Mia, trained her, to put up with all of this," she added. "Now he had no barriers. It was total disrespect."

The last time Engelhardt heard from the director was in 2001, and she got the feeling he wanted to lure her back into the bedroom with Previn, who he's been married to for nearly 21 years now.

"I already had children then. I was like -- not that I've gone square, but my priorities were different. I just wanted to stay away from that," she said, and even provided THR with the letter she received from Allen. 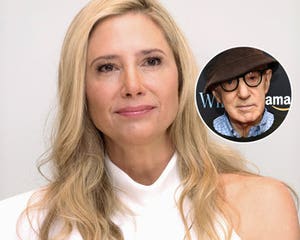 It was a thank you note for sending him a copy of a documentary she appeared in to discuss her platonic relationship with another famous filmmaker, Federico Fellini, who Allen greatly admired. "Thank you so much for the Fellini tape. I was always a great fan of his movies. I hope you're happy and well. I recall our times together fondly. If you're ever in New York, I would love you to meet my wife — she'd like you," he wrote. "We get out to California every so often. If you'd like I'd call and perhaps we could all get together."

Engelhardt's story is backed up by two friends who confirmed to THR they were aware of her relationship with Allen, as well as photographer Andrew Unangst, who was dining with her the night she made her move on the filmmaker. Even Engelhardt's younger brother, Mike, recalled Allen calling their family home. "I'd holler out, 'Babi, it's Woody,'" he said. "My brain didn't think something romantic; I was 11 or 12 and a huge fan. I mean, 'Bananas'?!"

Engelhardt believes she is one of Allen's young lovers -- "a fragment," she said -- that inspired Mariel Hemingway's teenage character in one of the director's most revered films, "Manhattan," which earned Hemingway an Oscar nomination for portraying the teenager Allen's character beds in the 1979 romantic comedy co-starring Diane Keaton.

"It's a brilliant film," Engelhardt maintained while screening it with the author of the THR piece, but a week later commented, "I used to dream of making love to Woody. Now I'm dreaming of him dying in my arms." 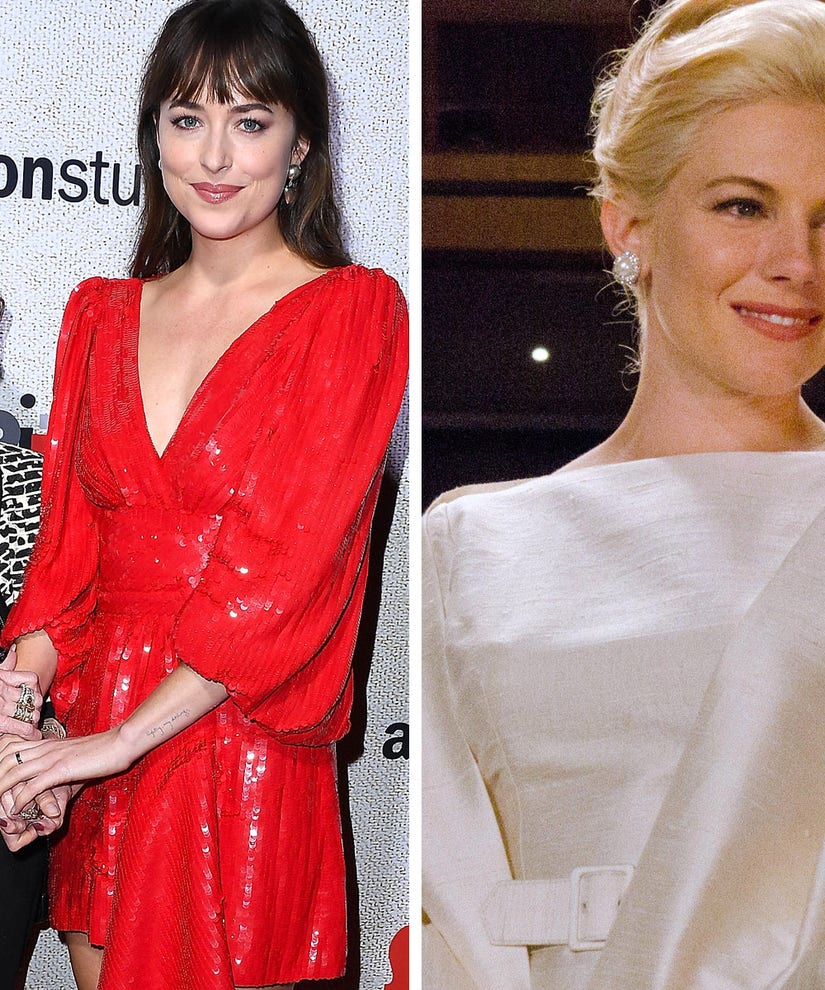 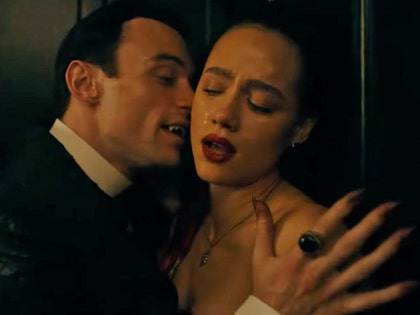 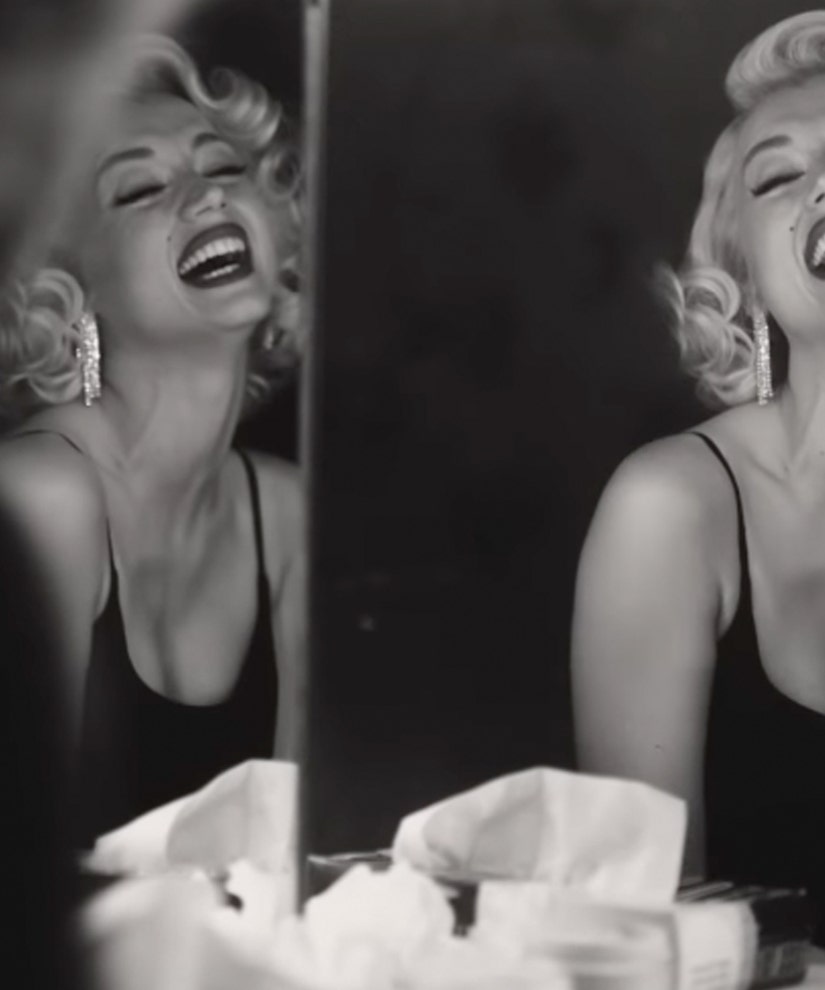 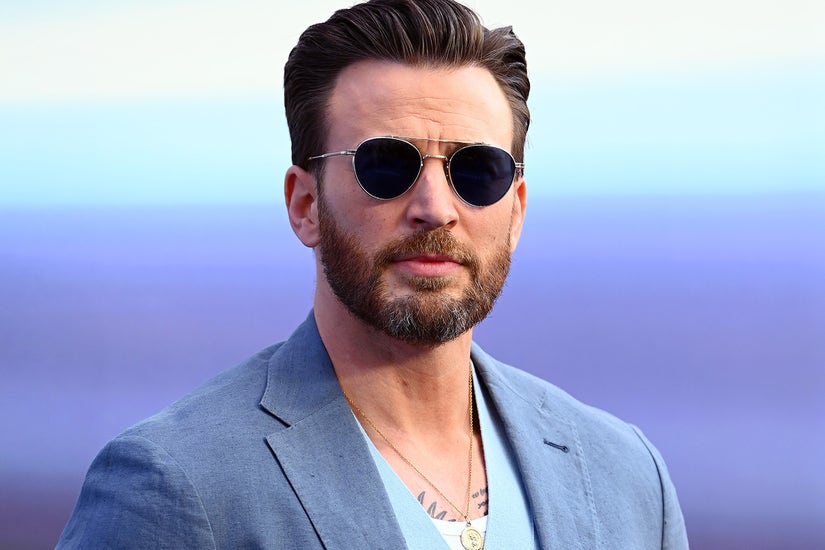