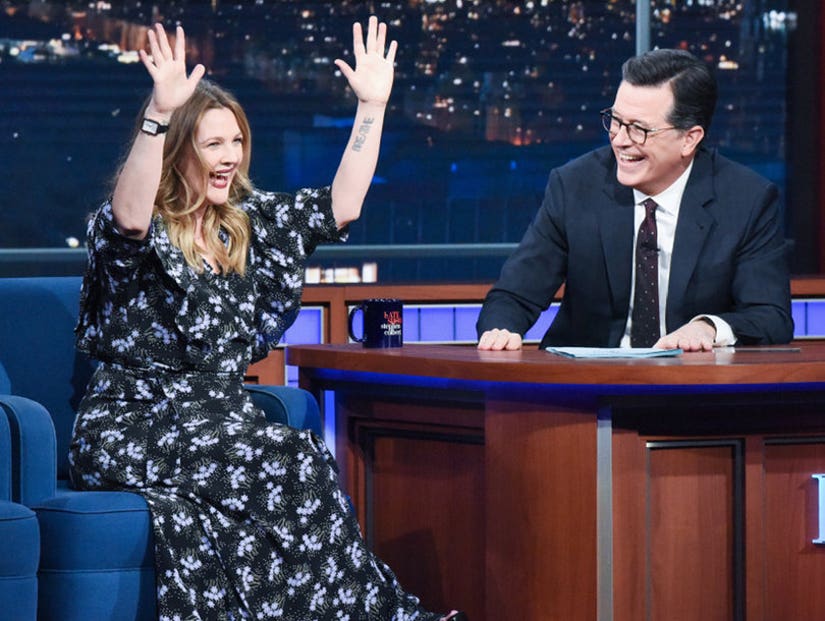 Barrymore expressed that her talent comes in handy when she's with her kids.

Apparently, Drew Barrymore is even more talented than we already knew.

While appearing on "The Late Show with Stephen Colbert" Tuesday night, the actress star -- whose new talent competition "The World's Best" will premiere on CBS next month -- was welcomed to the network by the late-night host.

The series will see Barrymore as a judge alongside Faith Hill and RuPaul, as they sit back and rate performers who claim to be the "world's best" in a variety of specialties. 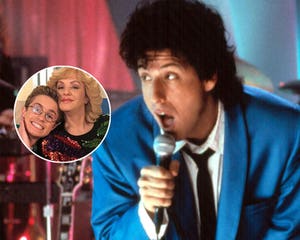 "Do you have a secret talent?" Colbert asked his guest. "Are you the world's best at something?"

"I like picking up stuff with my feet a lot," Barrymore replied. "Like when you got to get it done, the foot is an extra hand."

Colbert wanted to see Barrymore's skills in action, so he threw a few Ricola throat lozenges on the ground in front of her. "The Wedding Singer" actress and the host both each took off their shoes to pick up the cough drops with their toes. We have to admit, we're impressed.

Barrymore explained that her talent comes in handy as a mother-of-two. "Like you know, you got a kid in one hand and a phone in the other, there's no way you're not gonna go grab that Ricola," she said. "I'm a feet grabber."

When Colbert star asked if Barrymore also uses her toes for pinching people, the actress joked, "No, they're really just for like utilitarian work. They're just when I need an extra hand!"

Colbert then brought up how Barrymore's famous romantic comedy "Never Been Kissed" will be celebrating its 20th anniversary this year, before asking Drew about her first kiss. The "50 First Dates" star revealed her first smooch was with actor Breckin Meyer.

"Can you tell us how it went down?" Colbert asked. Barrymore replied, "It was great, he was adorable."

Barrymore shared that her friend kept scorecards of her kisses to evaluate the quality. "Talk about spectator sport," Barrymore joked.

"The World's Best" debuts after the Super Bowl, February 3 on CBS. 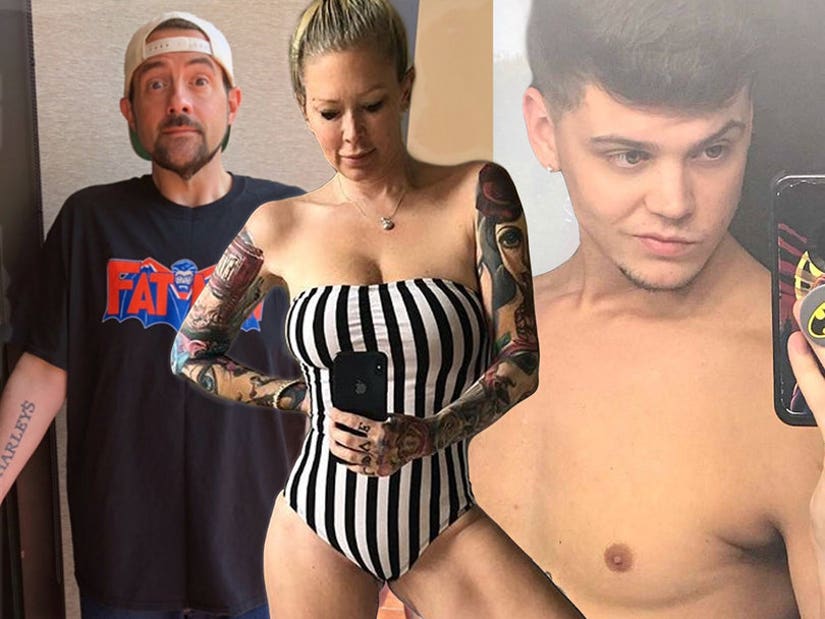