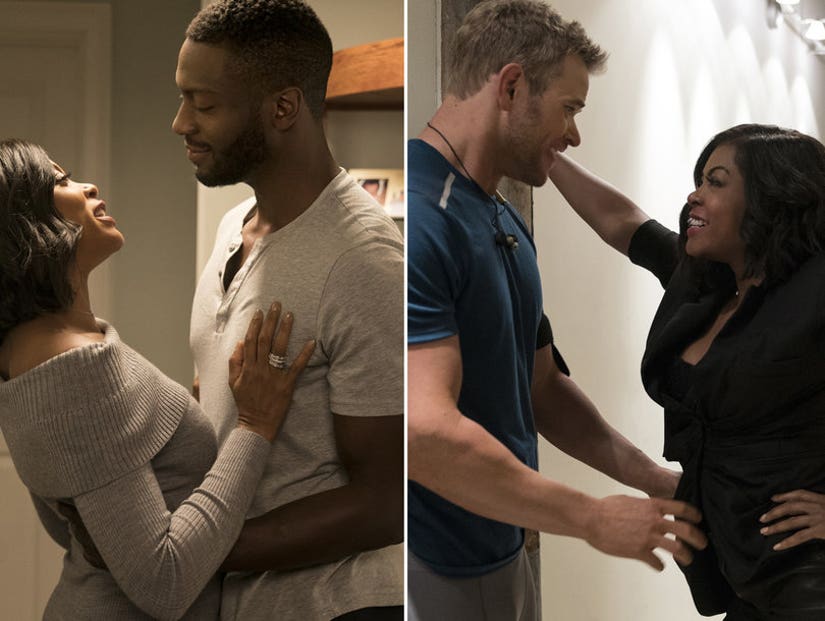 Taraji P. Henson will certainly surprise a few people in her latest film, "What Men Want," a workplace comedy that's a gender-flip of the 2000 Mel Gibson vehicle "What Women Want."

The R-rated movie gives Taraji a chance to really amp up her physical comedy, as well as throw her into some raunchy (but still hilarious) sexual situations as well. 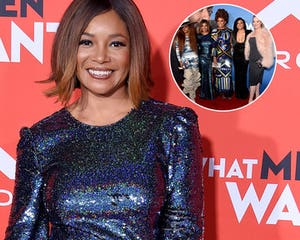 Henson plays Ali Davis, a sports agent who doesn't get the promotion she's been expecting, one that ends up going to a lesser qualified male colleague.

Bachelorette party hijinks ensue and eventually she can hear the thoughts of every man she comes in contact with, from her bosses to those of her love interests -- played by Aldis Hodge and Kellan Lutz (who's simply credited as Captain F--ktastic). Let's just say, Henson certainly threw herself into her scenes with these two.

TooFab caught up with screenwriter Tina Gordon Chism, who stepped outside of her PG and PG-13 comfort zone for the project. Keep reading to see what she said about updating the original movie, the script's kinkier moments and the subplot involving a queer couple in the workplace.

Before tackling the script did you revisit the original at all?

I am a fan of Nancy Meyers, so I didn't revisit it immediately because I kind of have all the views in my head, but yes I did watch it. I did sort of realize that we couldn't make some of the generalizations about male and female gender roles in this day and age. It made me dig a little bit deeper into the men I actually know in my life to draw on because I had no clue what men want, so I had to dig deep into my personal arsenal of male friends.

Was it fun for you to do a R-rated film? Because I know in the past you've done PG-13.

PG is my jam, so I think [director Adam Shankman] helped with pushing the boundaries of the R. My R is... Well, I will take credit for the sex scenes so, hey, give me some credit! I'm the PG queen, but listen I delved deep into my alpha top sex life and said, 'Hey guys, have at it."

That scene had everyone in our screening screaming ...

I'm was personally very proud I did some X-rated work. Other than that, I'll give it to the guys for that, but those sex scenes, they're all your girl. Captain F---tastic, thank you!

The film also has some LGBT themes, how important was that for you?

I always have kept the LGBT -- I hate saying it's like a "LGBT community," like it's some separate thing, I don't really like that because they're just in my life and I'm just in their life -- so it was just one more layer saying, OK, the real people that are in my life, keep it real, Tina. It wasn't just so much a deliberate, 'And here's my LGBT moment,' it's like the friends in my life, the struggles they have to connect, workplace romances and, you know, what does that look like. I was happy with the results, I love the actors who were holding it down for the LGBT.

What kind of research did you have to do for this?

At first I thought it was going to be really easy to just kind of talk to men about their feelings and thoughts. I don't know why I thought that. All I ever got was kind of blank stares, which always made me wonder, "Well, what is really going on with guys?" But deadlines loomed and so I realized that I had to look at the men in my own life, just be very specific, because there is no way to really answer that question what men want.

It's a booby trap to just say it's women and cars and cigars, it's probably that but I felt like it would be a trap to just say that. A big sort of pivot for me was, as I was researching, a friend of mine that became a single parent. That was somewhat of the beginnings of the Will character and usually you hear a story of the woman who's left with the kids and the philandering man, but all of that was reversed.

When you are tackling a subject like workplace inequality, what are the biggest challenges?

I think I related to the workplace struggles, because film can be very male dominated. We picked sports, but I still drew on big meetings where it's all guys and everyone is talking about their families. That moment with Ali switching the ring and pretending like she's one of the family guys too, is like such a moment in my own life because it was a right passage for men that I noticed in business meetings about the wife and the kids, that I thought, 'I'm not in that boy's club' and that would be a fun thing to be the twist for Ali.

We want to talk about a little about the character Sister, who was played excellently by Erykah Badu -- how fun was it to write that character in particular?

That also was based on a girlfriend who has an herbal apothecary in her purse at all times. It's like a root worker in her bag at all times and so that was just sparked from a friend who's like that. I'm like, it's a whole universe in that bag, so she could potentially have something that could make you hear what men think.

How was it seeing Taraji bring the script to life, really showing off another side of her comedic chops?

When I saw her I thought, oh my god, she's taken this to a level and energy and just the comedic timing, the stamina comedically that she had to pull that off. I knew she was attached when I wrote it, but I had no idea that she would deliver comedically like that.

We have to ask about "Little," because we saw the trailer and we can't wait.

That was really fun because Marsai Martin, I found that that film was a lot about women coming together for Marsai Martin, to support the little black girl magic idea. So I joined with that sort of intention, pushing her idea forward. Issa, Regina everybody came together to do that with so many women behind the scenes -- from costumes to art on the wall -- everything was black women and women of color.

And you directed it as well.

Yes, I love that opportunity to just see a script till the end. Screenwriting can be so collaborative, sometimes you get to a screening and you're like, "Oh, okay, well, that's great too." So it's a privilege and I enjoyed seeing it to the end.

"What Men Want" is in theaters now. 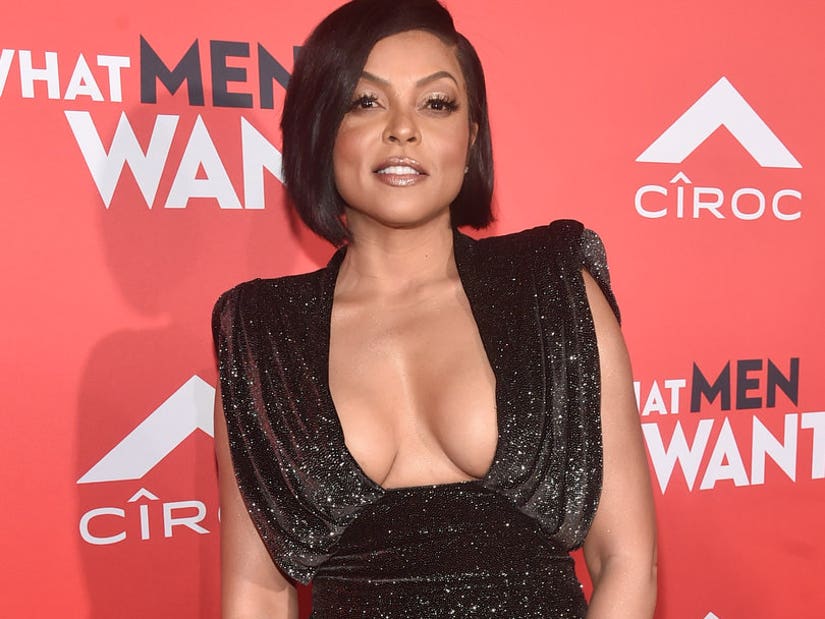