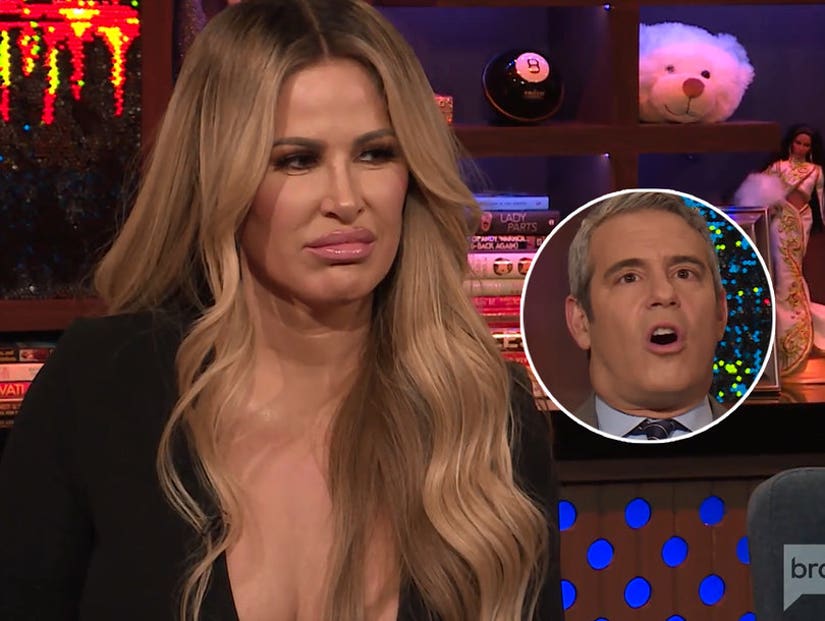 Kim brought all the shade to "Watch What Happens Live," leaving no Bravolebrity behind.

Kim Zolciak's appearance on "Watch What Happens Live with Andy Cohen" Sunday night reminded us all why we love Kim Zolciak.

Bringing every ounce of shade she had, the "Don't Be Tardy" star held nothing back when asked about her former "Real Housewives of Atlanta" co-stars. 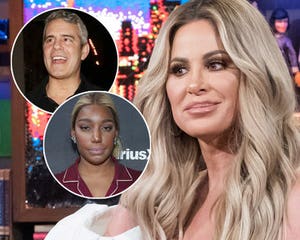 "Do you think that you and Kroy [Biermann] could learn anything from Kandi [Burruss] and Todd [Tucker]'s relationship?" Andy asked. Flipping her hair back behind her shoulders, Kim replied, "No. I don't share my husband, sweetie."

"RHOA" star Eva Marcille was sitting next to Kim -- and her eyes just about came out of their sockets.

But the Kandi jabs didn't end there. When a caller asked Kim if she would ever be willing to work musically with Kandi, Kim pursed her lips and said, "No, I think I was really shocked by the way she treated me at the [Season 10] reunion."

"We're both Tauruses -- two days apart, two years apart -- so I can relate to her, and I've always been able to understand her," she continued. "I couldn't understand her at the reunion, so I just feel like at this point, no. I've washed my hands, and we're good." 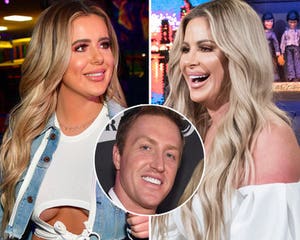 Andy used the opportunity to ask Kim if she felt Shereé Whitfield, her only ally during that reunion, adequately had her back.

"I did feel like Shereé didn't have my back until I found out what Shereé had gone through prior to me arriving," she replied.

Andy then asked Kim, "Whose presence do you think is missed on the show the most? Shereé or Kenya [Moore]?"

"Mine?" she replied without hesitation.

During a later part of the evening, the topic of Andy's Housewife-studded baby shower came up in conversation -- but not necessarily because Andy wanted it to.

"I was just talking about how I wasn't invited to your shower," Kim said to Andy after loudly discussing the ordeal with Eva.

"You were talking about how you were not invited to my baby shower," Andy replied, gripping his cue cards. "That is true. That's true."

"That's weird, right?" Kim asked. Eva -- like the rest of us -- was ready to go wherever the conversation was about to go. 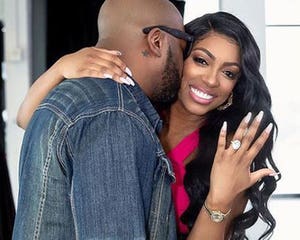 "I was gonna say, that bitch is old as f--k!" Kim interrupted. The audience let out a collective, "Ohhhhh!"

"Old as in a couple years ago," Kim tried to clarify. Eva was living for the shade.

Andy did confirm what Kim told us -- that he sent her a sweet text the day of, saying he wished she had been involved in his big day. Regardless, Kim still seemed a bit salty about the whole thing.

But Kim wasn't the only one throwing shade Sunday night! A caller wound up going off the rails and asked the reality star a question that left everyone on stage completely shocked.

"Kim, why do you look half your age on Instagram but twice your age on TV?" the caller asked.

"Sweetie!" Kim blurted out as Eva took a large sip of her wine and Andy let out a very genuine, "Oooooh!"

"I don't think that was the question that was going to be asked there," Andy said, shuffling through his cue cards. "Let's move on."