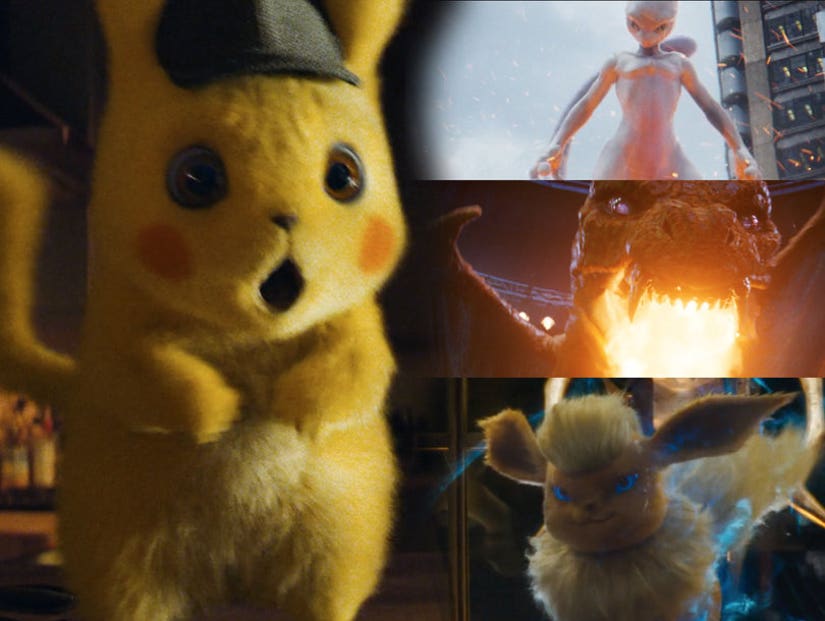 The new "Detective Pikachu" trailer dropped on Tuesday, unveiling a Pokedex full of Pokemon we love.... and one we love to hate.

Ryan Reynolds returned as the voice of the yellow hero and Rita Ora made her first appearance, while Mewtwo brought the clip to a sinister close.

"So there I was; I woke up with a heavy case of amnesia in the middle of nowhere," Reynolds' Pikachu explains in the opening. "The only clue to my past were Harry's name and address inside this hat. So I made my way to the apartment... and that's where I found you. And your stapler gun." 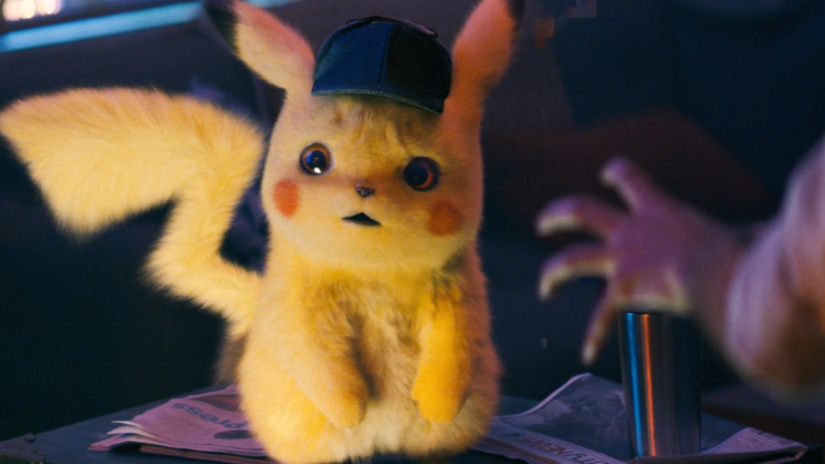 "You're a hallucination," the Pokemon replies.

In the eagerly-anticipated film, the unlikely pair team up to track down Tim's father Harry, who is presumed dead after mysteriously disappearing.

"So you're a talking Pikachu with no memories who's addicted to caffeine," Tim asks. 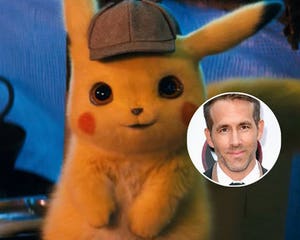 "I can stop whenever I want. These are just choices," Pikachu rapidly shoots back. "Another round, extra shot, black as night," he orders from the bearded Ludicolo barman, adding in a whisper: "thank you sweetie."

Harry's car is shown being blasted off the road by an explosive bolt fired from above.

"I don't know, maybe Harry got in too deep, mixed in with the wrong crowd, that kinda thing," Pikachu muses, as a sinister-looking thug with an equally-imposing pet Charizard snarl at the camera.

"Look, you can talk to humans, I can talk to Pokemon, and if you want to find your pops, we're going to need each other!" he proposes.

"I don't need a Pokemon!" Tim insists. "What About a class detective?" comes the reply. 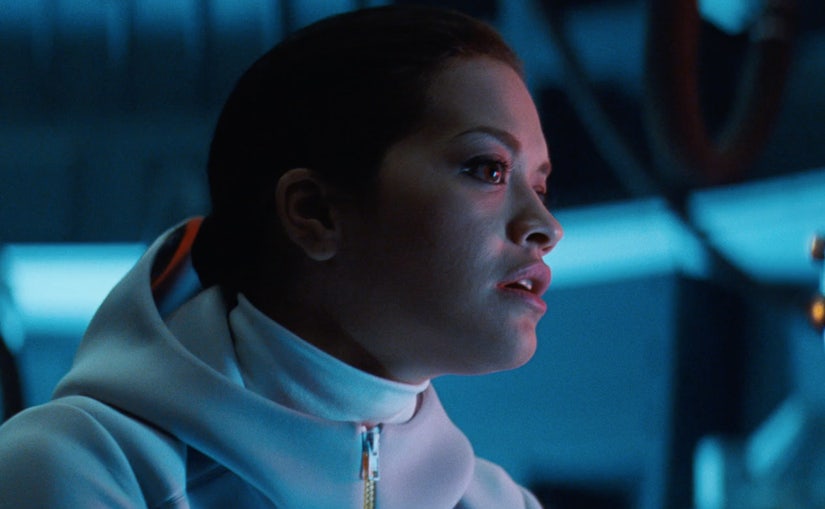 To Bonnie Tyler's I Need A Hero, Pikachu presents his case: "Harry is still alive — case closed. But still open until I solve it.

"Alright here it is: Harry faked his own death. Or! Somebody else faked Harry's Death. Or Harry faked somebody else's death. That last one doesn't work at all."

There's tonnes of moments to delight Pokemon fans throughout the two-and-a-half minute clip: A four-armed Machamp directs traffic, while a giant Snorlax inconveniently takes a nap in the middle of the street. A disgruntled Jigglypuff scowls at a sleeping barfly.

A group of Loudred help pump out the music during an epic Pokemon battle, in which a Blastoise combines Rapid Spin and Water Gun attacks to counter a Gengar's Double Team.

The heroes are attacked by angry Aipoms and a squad of Greninjas. An Eevee is seen evolving into Flareon, with statues of the legendary Pokemon Dialga, Palkia and Arceus in the background.

"Now obviously, I've dealt with this putz before," Pikachu boasts at the end as he limbers up before heading into a caged arena, "so I'll just do it again." 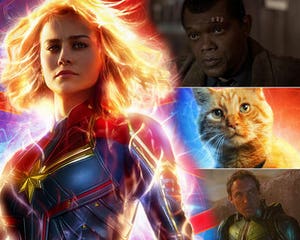 Everything We Learned About 'Captain Marvel' (And Her Cat, Goose) from the Film's Cast

But as he struggles to generate electricity, he admits "I can't do it while people are watching."

When his opponent, a ferocious fire-breathing Charizard stomps into the cage, the Pikachu resorts to his most devastating attack: curling up in a heartbreaking ball and whimpering "pika pika."

The penultimate cameo is Pikachu's own famous Thanksgiving Parade balloon — which is then eviscerated by the genetic psychic monstrosity Mewtwo.

The final scene is once again hilariously left to the mute Mr Mime as the pair try to decipher clues from his silent performance. 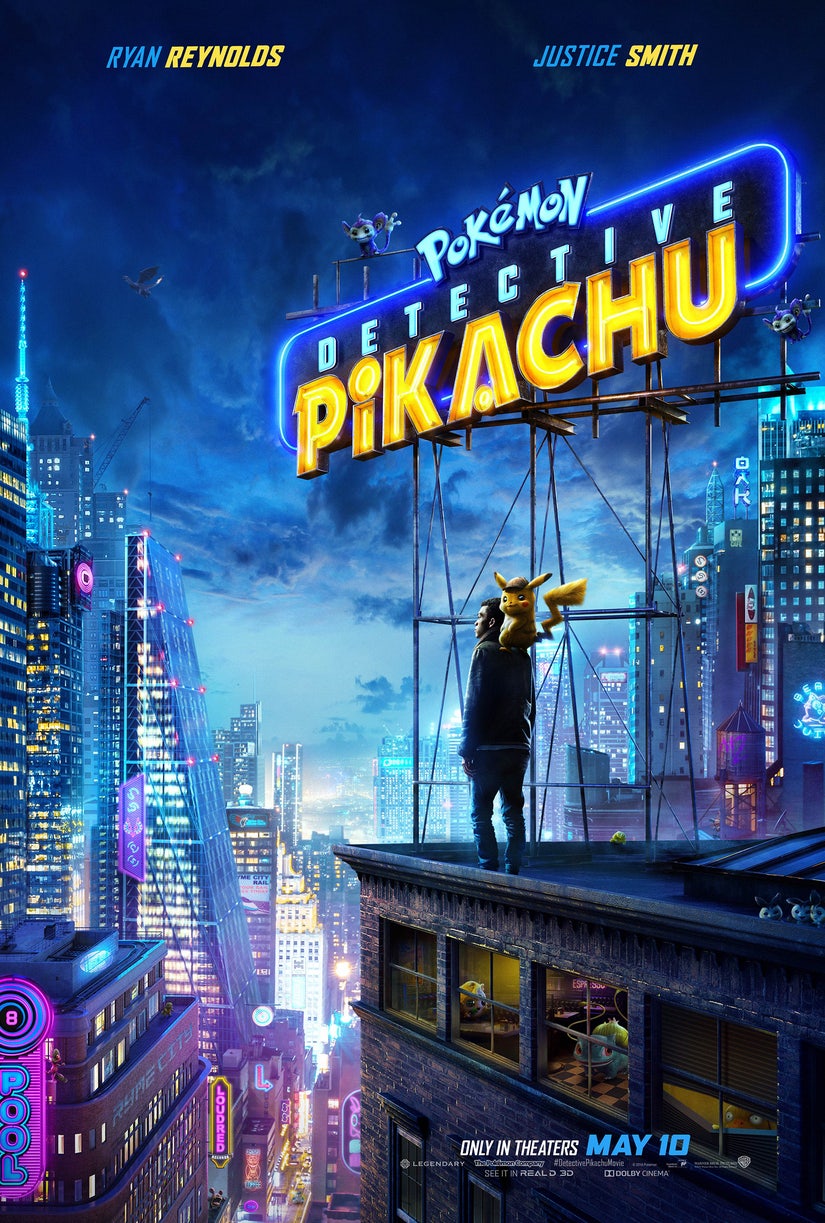