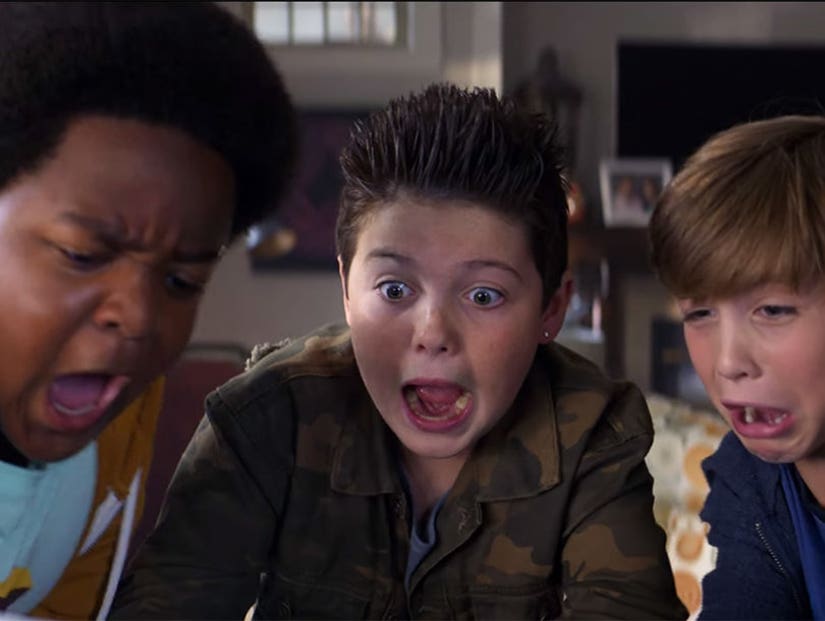 The movie, from producers Seth Rogen and Evan Goldberg, looks like "Superbad Kids."

The first trailer for "Good Boys" is so raunchy, even the kids who star in it aren't allowed to watch.

Universal dropped a red band sneak peek for the film on Monday, with an intro showing producer Seth Rogen telling the movie's three young stars -- Jacob Tremblay, Brady Noon and Keith L. Williams -- that "it's just too messed up" for kids their age to see.

"There's drugs, there's violence, there's swearing and although we decided it's okay for you to do these things in the movie, you can't watch yourselves do them in the trailer," he warns.

After being invited to his first kissing party, 12-year-old Max (Room's Jacob Tremblay) is panicking because he doesn't know how to kiss. Eager for some pointers, Max and his best friends Thor (Brady Noon, HBO's Boardwalk Empire) and Lucas (Keith L. Williams, Fox's The Last Man On Earth) decide to use Max's dad's drone – which Max is forbidden to touch – to spy (they think) on a teenage couple making out next door.

But when things go ridiculously wrong, the drone is destroyed. Desperate to replace it before Max's dad (Will Forte, The Last Man on Earth) gets home, the boys skip school and set off on an odyssey of epically bad decisions involving some accidentally stolen drugs, frat-house paintball, and running from both the cops and terrifying teenage girls (Life of the Party's Molly Gordon and Ocean's Eight's Midori Francis).

The movie premiers tonight at SXSW and hits theaters August 16.