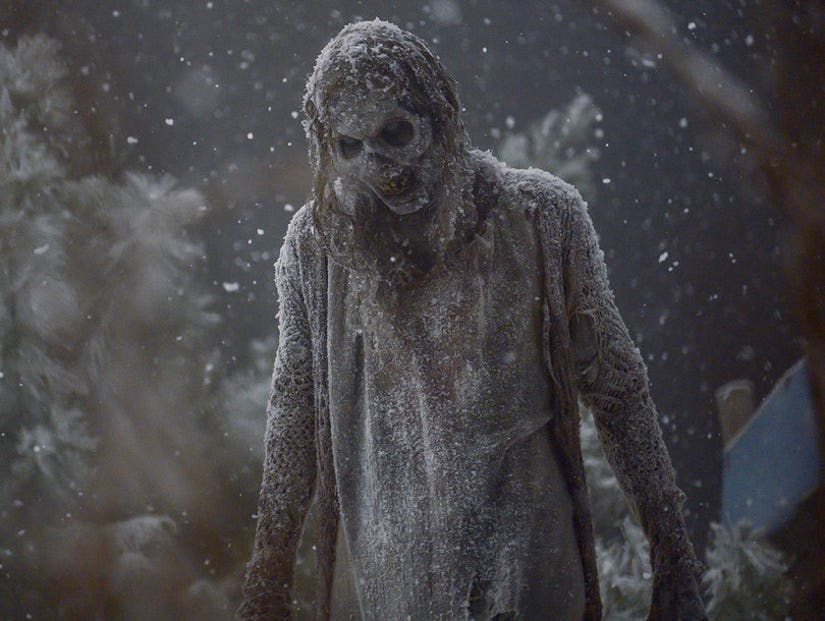 Winter comes to 'The Walking Dead' in the season finale, which ends in both heartbreak and hope.

After 10 heads literally rolled on last week's episode of "The Walking Dead," tonight's season finale was all about what comes after, as the characters began to heal ... or at least tried to.

It only took nine seasons for winter to finally rear its ugly head on this show and, man, did everyone involved really have a lot of fun figuring out what that meant for the show's titular zombies. This hour really put the spotlight on the cold conditions, featuring zombies in the snow, walkers stuck in ice and others literally frozen in place like nasty ice sculptures.

Yes, it was a one-off, but a change of scenery really does a lot to keep things fresh. More stuff like this in the future!

The episode itself was split between two groups -- those leaving the Kingdom for good and those back in Alexandria -- as they faced the harsh weather, frosty walkers and their own inner demons. In the end, some bonds were broken and new alliances were made, as threats and the promise of something greater were teased for the show's return later this year.

Here's what we're left asking after "The Storm."

Who's on the Radio? 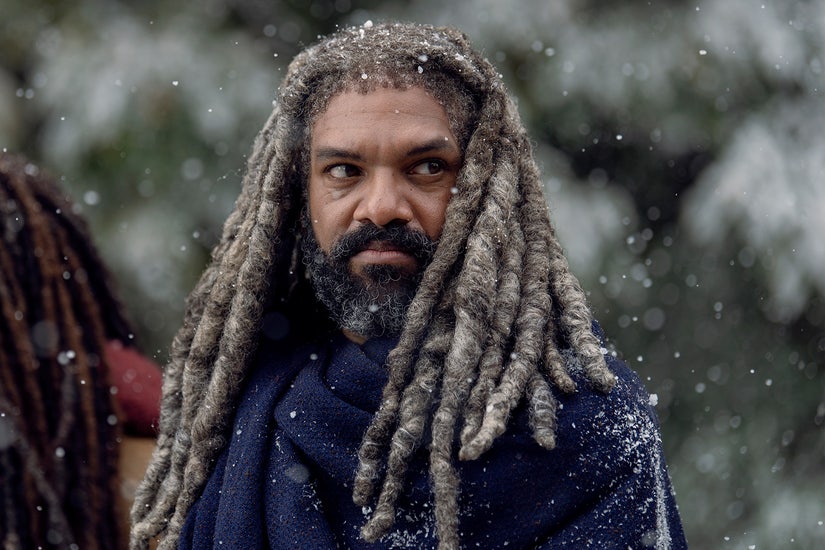 The episode was bookended with speeches from Ezekiel, who was speaking to Judith over the radio. He spoke about abandoning the Kingdom, the "valiant" people who lived there and fought back and making it through "this winter of our discontent" by rebuilding at Hilltop.

But after leaving the radio on its own, a new voice was heard trying to communicate with them. And no, it wasn't Rick's, but another woman. While her message wasn't exactly clear, we could make out her saying, "Hello? Is anybody out there?"

Let's dive into some comic spoilers for a minute here. If you don't want to know anything, just skip right on ahead to the next sub-header. Okay, we good? While it remains a mystery who's on the other end of the line, in the source material, Eugene makes contact with Stephanie, a woman from another community.

Her home: The Commonwealth, a surprisingly stable community unlike any we've seen on this show so far. With a working government in place, stores, restaurants and even law enforcement, it introduces its own pros and cons going forward ... as well as a surprising reunion.

It's been speculated that Maggie ended up at The Commonwealth with Georgie, giving the show an opening to bring her back into the fold should Lauren Cohan's schedule permit.

The Commonwealth really becomes integral to the comics after the Whisperer War, which has yet to fully play out on the show but is likely on the horizon. Which brings us to ...

After dominating last week's episode, Alpha and the Whisperers took a backseat this week, popping up only briefly for one particularly chilling scene. Well, not totally chilling, as both she and Beta appeared to be in much warmer weather than our survivors. It's unclear when, exactly, this scene took place. Maybe spring?

Via Beta, we learn they've spent some "time away" and it's been "good for the pack and for you." Alpha seemed troubled by mistakes she's made in the past -- likely referring to her pull to Lydia -- and said she needs to be "strong for what comes next."

Beta assured her she would be, before taking a switch to Alpha's arm, like she used to do to Lydia.

It seems Alpha has put any lingering feelings she had for her daughter behind her and, if we had to guess, is planning another attack on the survivors.

Why? Perhaps they noticed how the survivors had crossed their border markers in the winter, or possibly continue to defy them, as Carol made it pretty clear she never cut any deal with the Whisperers.

Whatever the case, this isn't the last we've seen of Beta or Alpha, as the comic's Whisperer War arc will almost definitely continue to play out when the show returns.

Has Negan Been Redeemed? 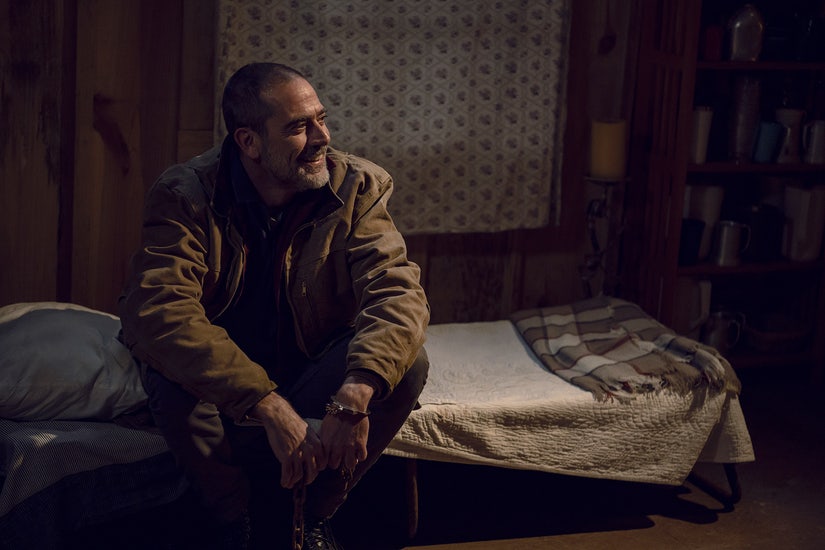 It's no easy feat to make someone look like a good guy again after he literally bashed in the brains of two beloved characters, but "The Walking Dead" managed to make Negan's redemption arc plausible.

All season, we've seen him behind bars and it's done a number on him. Keeping in mind the six year time jump and all the time he's spent with Judith, it's clear he truly has feelings for this little girl. His humanity isn't too far gone.

When she runs off into a blizzard to find Dog, he's the one who chases after her. We hate to admit it, but the sight of him finding Judith in the snow and carrying her to safety, while also rescuing the pooch, did warm our hearts.

He even earned a true "thank you" and a "get better" from Michonne, who actually pulled up a chair to talk to him as he recovered from a cut he sustained saving Judith. He felt sympathy for Ezekiel after the loss of the Kingdom, before he and Michonne had a laugh over how much of a "shithole" the Sanctuary is now.

Calling her move to cut through the Whisperer territory "ballsy," Michonne said they came together as good people to face evil. Negan's response: "No one ever thinks they're the evil one."

So where do you stand on this one: is Negan still a bad guy or can he be integrated back into society? We have a feeling they won't be keeping Jeffrey Dean Morgan behind bars forever.

What Happens to Carol and Lydia Now? 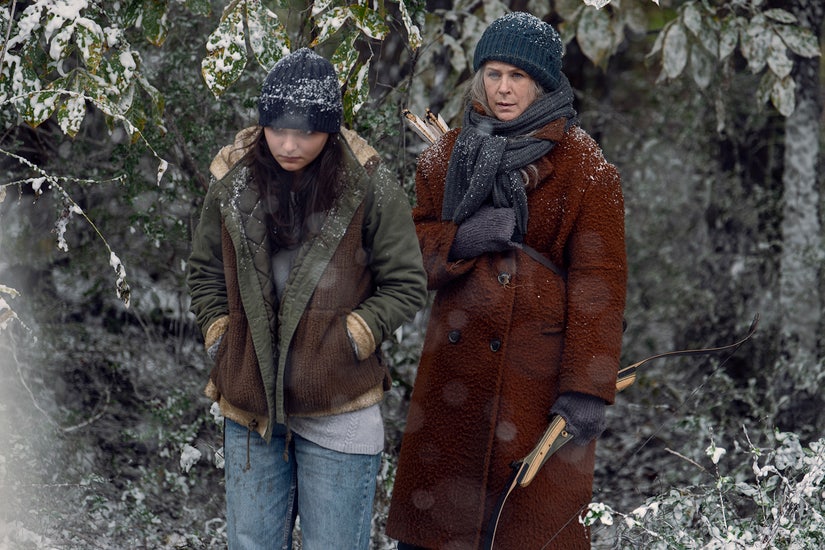 Tonight, Carol broke things off with Ezekiel, their relationship a casualty of Henry's death. They were both broken after his loss, something that took them out of their fantasy world of Kings and Queens.

Ezekiel blamed Daryl and Lydia for Henry's death, but as Carol told Daryl, "He only blames you because he can't let himself blame me." She then admitted, "I feel like I'm losing myself again. I'm really trying to hang on, but I don't know what I'm doing."

While she was initially more than a little standoffish with Lydia -- telling Daryl, "Every time I look at her, all I see is him" -- she came around to her after seeing the young girl, overcome with guilt, try to kill herself.

Lydia feared those at Hilltop wouldn't accept her after what happened during the fair. "They're not gonna want me back. If they hadn't taken me in to begin with, all those people would still be alive," she said to Carol, tears in her eyes. "Your son's dead because of me. Henry said I was a good person, but he was wrong. As long as I'm with you, it's never gonna stop. You know I'm right. Please Carol, everything's going to be better when I'm gone."

She then asked Carol to end her life. "Please, do it for Henry. I'm sorry it has to be you, I'm too weak, just like my mother said," she told her. Carol's response: "You're not weak."

With that, Carol found her new calling, going with Daryl and Lydia to Hilltop while Ezekiel stayed in Alexandria. The King understood the decision, telling her, "I know you have to do this, but I will never stop loving you." She took off her ring as she said, "I'll never regret the fairytale."

Ugh, will Carol ever get a happy ending?!

Much of the episode revolved around the communities trying to work through the pain of last week's horrific events, with Michonne making the best case for reunification while speaking to Ezekiel.

"That woman was able to walk amongst us because we didn't know each other," she said. "We can never let that happen again. And we've come too far to give up. The Kingdom hasn't fallen, it's right here. And that charter we signed, it means something. These people aren't just yours anymore, they're ours."

That's all Ezekiel wanted, was to see everyone working together again. And despite the losses, it truly does seem like that sense of community is here to stay.

When they arrived at Hilltop, Jerry joked, "We can call it Kingtop, maybe we can make that a thing." While we don't necessarily see that happening, those splintered factions are no more. And nothing symbolized that newfound connection more the snowball fight at the very end of the episode, as Michonne, Daryl, Lydia, Carol, Aaron, RJ, Judith and more came together to let loose in the snow.

We'll see where they all stand when "The Walking Dead" returns for Season 10 in the fall.