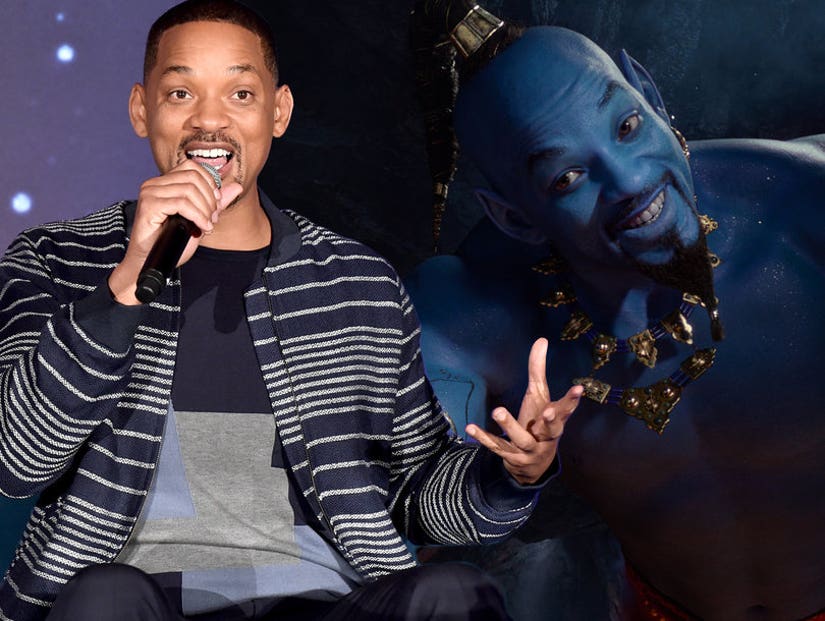 "When I got with the music it just started waking up that fun, child-like, silly part of me."

Will Smith says playing Genie in the upcoming live-action of "Aladdin" is the "most joyful experience" of his career -- but one he initially feared.

During the press conference for the new film, the 50-year-old actor spoke about working on his first ever Disney movie and how he came to create his own version of Genie while still paying tribute to Robin Williams, who famously voiced the role in the 1992 original animated flick. 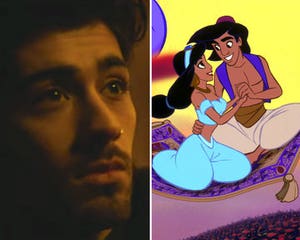 "Disney magic is real," Smith said. "And there's something that Walt Disney did in the design of these stories that at the core of these stories is something that shocks the inner child within you and forces it to come alive and smile and appreciate the moment. So from me...coming into this first starting with fear -- it definitely started with fear -- what Robin Williams did with this character was... he just didn't leave a lot of room to add to the Genie. So I started off fearful, but then when I got with the music it just started waking up that fun, child-like, silly part of me."

"This was the most joyful experience of my career," he added.

The Genie's first musical number and most popular song is "Friend Like Me." Smith said adding his own flavor to the hit was what made him feel confident about the role.

"The song that got me over the hump of 'Yes, I can play Genie' was 'Friend Like Me,'" he said. "I went into the studio the first day and I really wanted to play with it to see if I could add something to it and literally 30 minutes in the studio and starting to play with it and finding the 94-96 BPM range we were playing around in there...That 94-96 BPM range is old school hip-hop."

"I grabbed The Honeydrippers' 'Impeach the President,' which is you know a very classic old school breakbeat," he continued. "I had them throw that breakbeat under there and I messed with that and I messed with Eric B. & Rakim's 'I Know You Got Soul' under 'Friend Like Me' and then I was like, 'Oh my god. I'm home. I'm home!' and then I started playing with the hip-hop flavor and then the Genie was really born in my mind from the music. I understood once I played with 'Friend Like Me.'" 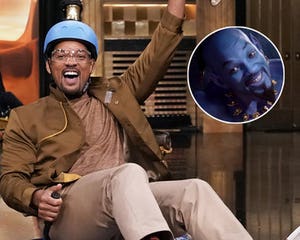 Earlier in the press conference, director Guy Ritchie said there are people who can get "jaded" working in the business, adding Smith -- who has a career spanning over 30 years -- definitely isn't one of them.

But Smith admitted he initially wasn't sure if his heart was in the project.

"I took a couple of years off and I guess I sort of hit a ceiling in my life," Smith explained. "I had created the things that I could create in my career. I was getting to the end of my wisdom with leading my family and I kind of got to a point where I had bit of a collapse of my life and creations so I took a couple of years off essentially to study and journey spiritually."

"'Aladdin' was really my first coming back in and seeing if my heart was even still in this kind of performing," he continued. "And what I discovered is: everything starts with 'What am I saying to the world? How does this piece contribute to the human family? Can I go around the world with the ideas that the movie represents? Can I teach and preach these ideas in good conscience? With 'Aladdin' [it] checks all of those boxes." 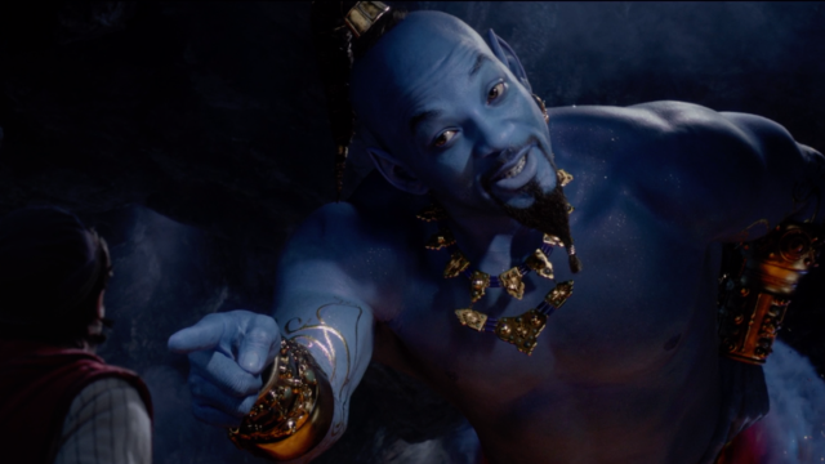 Smith said he resonated with the Genie's shackles and the feeling of being trapped in his own career and identity.

"The Genie has these spectacular powers, but he's shackled," he said. "He's a prisoner of his spiritual fate and that's sorta how I felt with Will Smith, I was sort of shackled by Will Smith and in these last couple of years, I've just started finding my freedom, getting free of Will Smith and I'm getting more comfortable being me, so 'Aladdin' was that first step coming back out."

"I'm going out into the world and I have a big voice and people look and people listen," he continued. "I just want to make sure I'm saying things that prove and contribute to people's life and growth and joy and evolution."

However, when asked what he would do with his three wishes, Smith said he only would choose one.

"Aladdin" flies into theaters May 24. 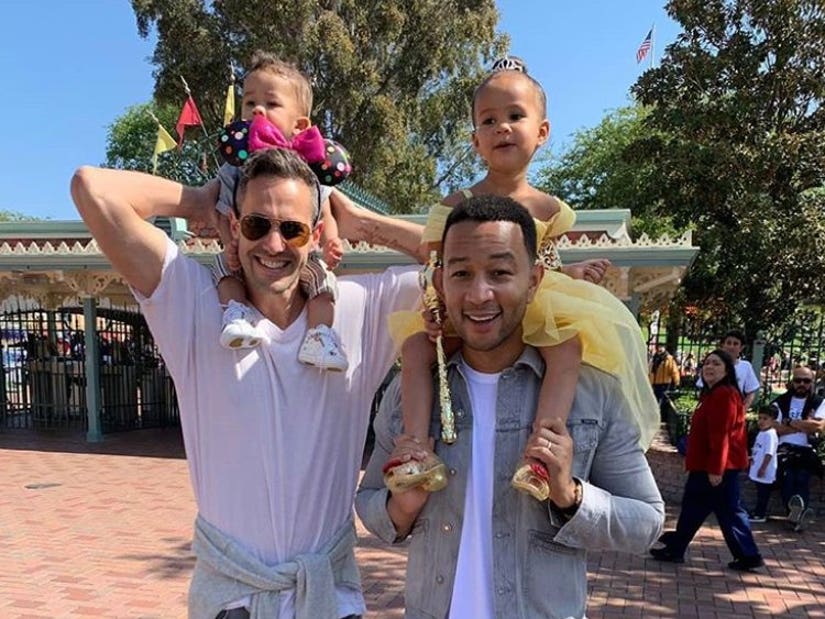