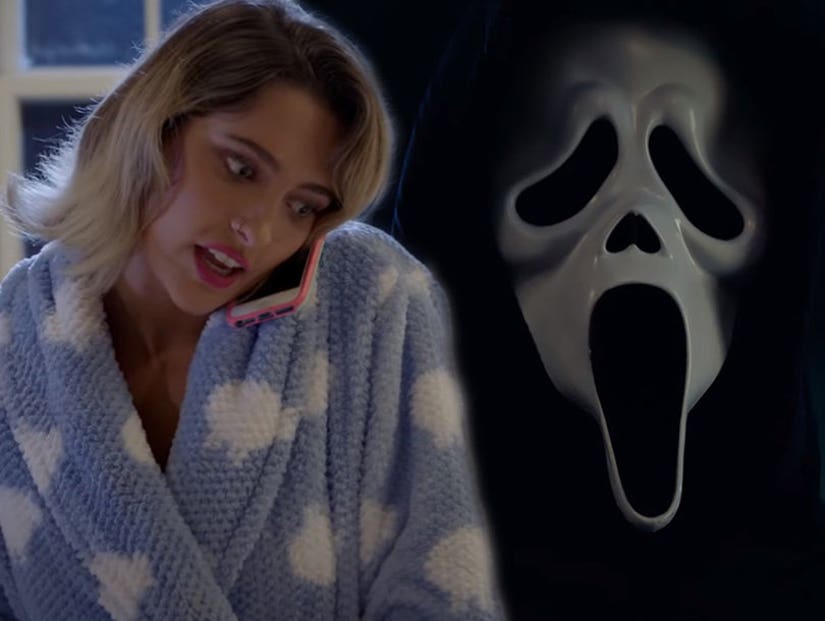 Jackson appears to take on the Drew Barrymore role from the original film -- but with a humorous twist -- while the OG Ghostface mask makes its triumphant return!

VH1's "Scream" is making several huge statements in its new season, from stunt casting (Paris Jackson!) to stunt scheduling to a classic teen film homage and the return of the killer who started it all: Ghostface!

It's a triumphant return for not only the original Ghostface mask, but the voice behind the mask, too, as Roger L. Jackson is also back to torment a whole new generation of teens. 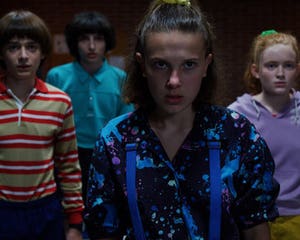 At it's best, "Scream" was always a bit of a tongue-in-cheek homage to other classic teen and horror projects, without falling into "Scary Movie" parody. This latest season is looking to one of the greatest teen films of all time to put its signature horror twist on, John Hughes' "The Breakfast Club."

It even appears to be offering up a nod to its own 1996 origins with the stunt casting of Paris Jackson in a role that looks and sounds eerily similar to the shocking cameo appearance by Drew Barrymore in the original film ... only this one has a decidedly different outcome for Jackson.

At least as far as the teaser clip already released showed us. But just because it doesn't end the same for her, that doesn't mean she won't meet a similar end...

The teaser seems to have no real connection to the actual plot -- indicating it may be a movie within the movie or something like that -- which spotlights a group of disparate teens who come together for the detention from hell. Just like "The Breakfast Club," there's the jock, the princess, the geek, the rebel and the basket case.

And they're not hiding their influences, with the detention monitor going so far as to call them a regular "breakfast club." But unlike that heartwarming film about people finding their commonality, this one moves beyond detention as this same group of people must come together to survive.

Don't let the fact this is a third season deter you from watching this six-hour, three-night event, either. This is a clean cut and a fresh start with a whole new cast. And it's the first time the series has felt like pure "Scream," too.

With Queen Latifah executive producing, RJ Cyler leads the cast as Deion Elliot, a twin who lost his brother during Halloween to a monster years ago. Now, as the horror returns, he must face it with new allies Jessica Shula, Tyler Posey, Giorgia Whigham, Giullian Yao Gioiello and Tyga. Keke Palmer also plays a significant role, while Mary J. Blige is on board as Deion's mother.

Check out the six-episode run of "Scream: Resurrection," airing two episodes per night from July 8 to July 10 on VH1.