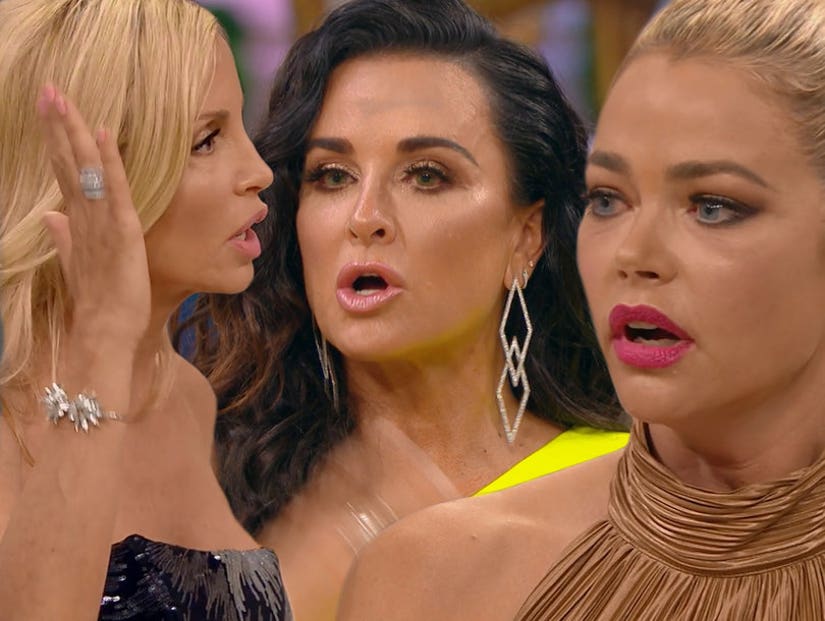 Lisa Vanderpump may have sat out the Season Nine reunion of "Real Housewives of Beverly Hills," but there was clearly more than enough drama without her. With the season finale airing tonight, Bravo released the first trailer for the three-part followup ... and it is juicy.

Of course, the fallout from Puppygate rears its ugly head once again, as Kyle Richards breaks down in tears seemingly addressing the end of her friendship with LVP. "I paid the ultimate price by being honest," says Kyle, before taking a second to compose herself.

Teddi Mellencamp is also taken to task for her role in the never-ending saga, as host Andy Cohen tells her, "but you were lying" after Teddi says she prides herself on "being an honest person."

The women are also seen questioning the validity of the lie detector test LVP took to try and clear her name ... and asking Denise Richards about the size of her husband's penis.

Camille Grammer also appears to get into it with just about everyone, claiming one of the housewives told her to "tell my daughter she was a f--king liar" and telling Denise to "shut up."

Richards' apparent response: "Is she on something?"

Among the other ominous (and totally out of context) soundbites in the trailer:

Oh, and Anderson Cooper is throughout the trailer as he chats with Andy about all the juicy Housewives goss.