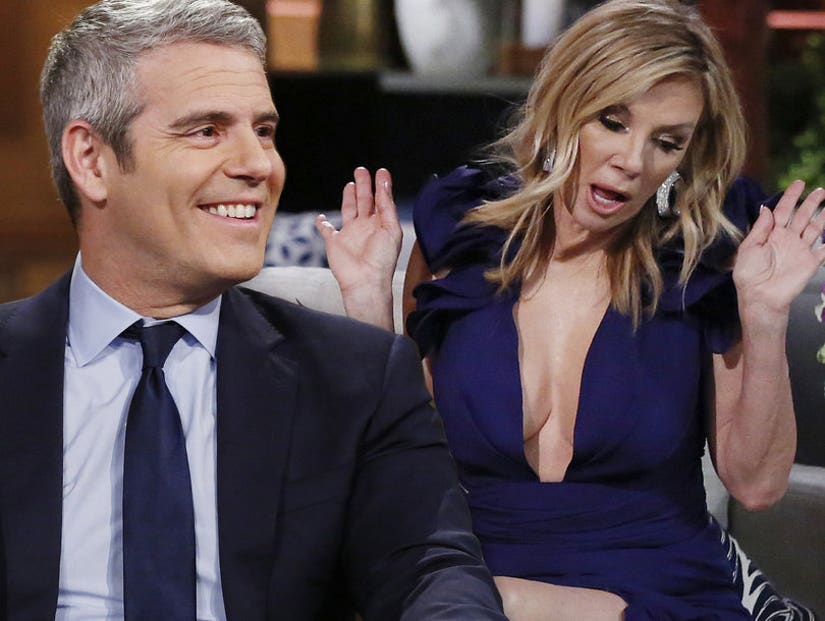 Bethenny also calls Lu "disrespectful" for how she treated rehab.

Back in May, TooFab published a "Real Housewives of New York" recap titled "This Is One of the Most Cringeworthy Moments In the Show's History" ... and it looks like Andy Cohen agrees.

In a sneak peek at Part 2 of the "RHONY" reunion, Cohen called out Ramona Singer and a few of her costars for their mortifying behavior while hosting a charity event for survivors of childhood sexual abuse.

"I've seen a lot of cringeworthy moments on this franchise. The NY Loves Kids event was as cringeworthy as it gets," he said. During the episode, Ramona, Dorinda Medley and Sonja Morgan all made fools of themselves as Singer made a speech at the event -- talking over each other, getting the guest of honor's name wrong and bickering in front of the entire crowd.

Rewatch the horror below:

"But it was successful. That was the good news. And the law was passed," Ramona said to Cohen, referring to the passing of The Child Victims Act in 2019.

Bethenny Frankel called the outburst "the opposite of charity," while Luann de Lesseps said she was "horrified" to watch it all play out. Dorinda then used that as an opportunity to say Lu had reason to criticize their behavior, after the "atrocious" way she acted in the Berkshires.

In a second preview clip from the upcoming episode, Lu found herself in the hot seat again when Bethenny called her out as being "disrespectful" for leaving rehab early for her cabaret.

"It was disrespectful for me to spend multiple weeks and days living on Team Luann, and you were having a mental breakdown," Bethenny said of her release after just a couple weeks.

"Being on stage makes me extremely happy and I love it and for me, it's therapy," said Lu, who added that everyone at her rehab approved her exit. "You are not a psychologist. I have a psychologist who is my psychologist ... I was ready to go."

Frakel also expressed confusion over why the rehab facility allowed her to have her phone while she was there.