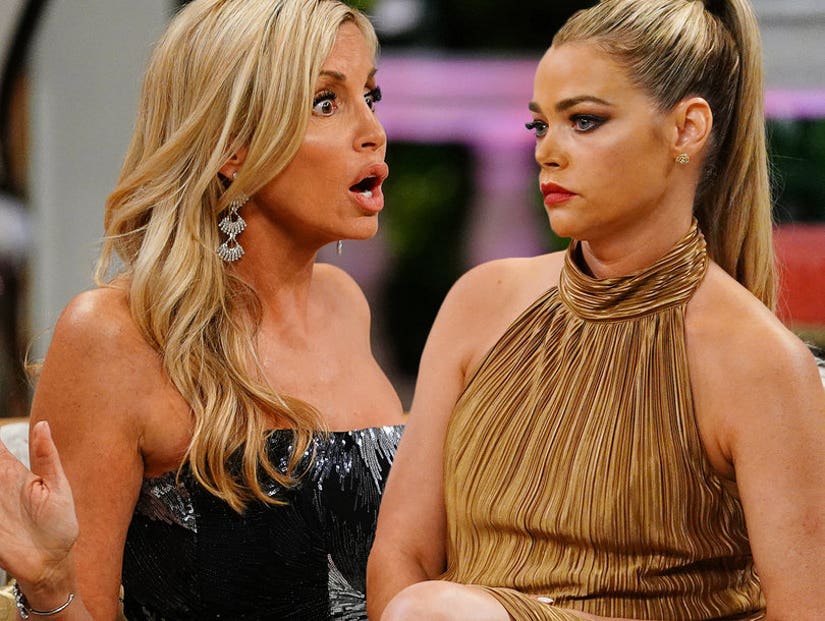 After the episode airs, Camille says her comments were not meant to be a "dig" in Denise's direction.

While it appeared Camille Grammer felt a certain kind of way about "Real Housewives of Beverly Hills" costar Denise Richards during Tuesday night's reunion, the reality star insists her comments were not meant to offend the "Wild Things" star.

The tension between the two began when Andy Cohen brought up how both women had high profile divorces from men in the spotlight. For Camille, she split from Kelsey Grammer while on the Bravo reality show, while Denise was previously married to Charlie Sheen.

Andy then noted that Denise didn't "take Charlie to the cleaners" when it came to their divorce, showing a clip of Richards saying she didn't because she "ain't a greedy f--king whore" from earlier in the season. Cohen then asked Camille if she felt Denise should have asked for half of Sheen's money. Her reply: "I don't know," as Denise added that Charlie was "almost bankrupt" when they got married.

"Got it. Okay, well, I don't know much about it. I'm sorry I don't follow you that much," Camille fired back. Her choice of words and tone left everyone, including Denise, a little uneasy.

"I can only speak about myself," Camille said when she noticed the comment hadn't gone over that well. "I just don't. It's okay, whatever. I just felt that working and -- and I worked hard -- I just didn't sit back buying fancy clothes and shoving bonbons in my face. I mean, I worked hard."

After an awkward silence, Dorit asked Denise if she liked bonbons. "I've never had one," she replied, later venting to Teddi, "Maybe she's not a happy person." 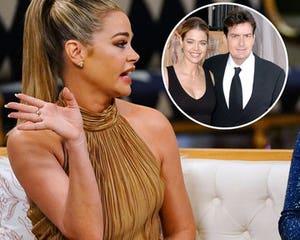 After the episode aired, Grammer went on Twitter to say that she "wasn't having a dig at Denise," but noticed how some publications "spun it that way." She added, "I didn't say that she didn't work hard for her money. I respect the fact that she does."

She further defended herself on her Bravo blog, which was published on Wednesday morning. "While sitting on the couch Andy asked for my reaction or thoughts about Denise's divorce settlement. Why, I don't know," she wrote. "I didn't follow her divorce with Charlie, so I have no idea what their settlement was. She took that as a slight, but it wasn't."

"I felt that there was a deliberate inference by Andy's questions to me after Denise's proclamation that she wasn't a 'greedy bitch' that I was. That put me on the defensive," she added. "My comment about working and not just sitting around eating Bon Bon's was to Andy and not directed toward Denise. While my divorce settlement was lucrative, as I explained, I did work to help my ex through his hardships, addictions, recovery, and heart attack and we co-owned our production company."

"As for Denise, and whether or not she was a 'greedy bitch,' knowing her as I do, I am confident that she received what the law provides," Camille continued. "We were both divorced in the State of California."

The fireworks between them will seemingly continue next week, with Camille storming off set during Part Two of the reunion. 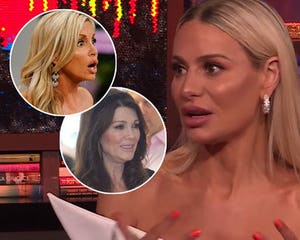