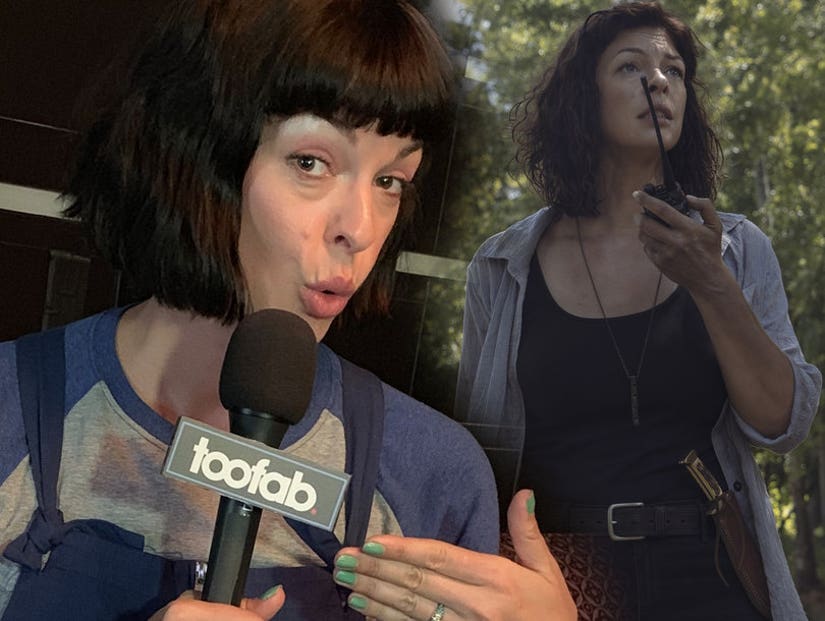 While the show's fans have mostly been supportive, Pollyanna McIntosh has felt some "fury" from #Richonne supporters.

Her blunt bangs, peculiar speech patterns and penchant for painting in the nude made Pollyanna McIntosh's Jadis an instantly iconic character on "The Walking Dead." While she's felt the love from all ages of fans, she was also concerned her disappearance with Rick in Season 9 would make her a lightning rod for backlash.

TooFab caught up with the actress at Comic-Con -- where she was promoting her new movie "Darlin'" -- to dig into how the show's vocal viewers have embraced her brazen character ... and which ones haven't.

"We have quite a few people in red aprons coming up, seemingly naked apart from them," said McIntosh, referring to fans who mimic her character's favorite sculpting-painting ensemble. "When the men do it, it's particularly fun. They find all sorts of fleshy looking outfits for the backside, which is always a joy."

"I think probably the weirdest one was a 12-year-old girl who brought me an apple to hold so that she could put it back in a freezer for the next time she met a 'Walking Dead' person and she could have them touch it," she continued. "That was quite random. Plus, she looked a bit like snow white, it made it a little weird." 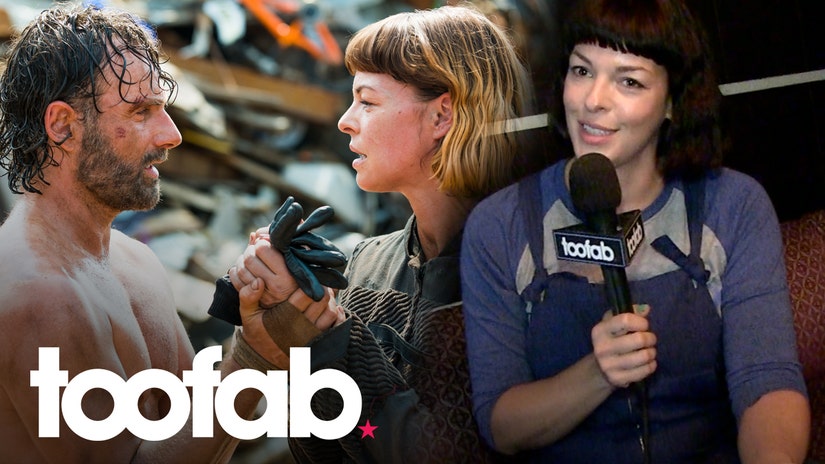 She's also seen little kids dressed up as her not-entirely-pure trash queen, something she views as both flattering and slightly unsettling.

"It's cute but it's also a little disconcerting, because sometimes they're too young to be watching the show and I fear it might be more about the parents," said McIntosh. "[But] then there are other kids who are just hardcore horror fans. I saw some stuff when I was very young that still lives with me now, but I was ready for at the time. I still get a bit weirded out when I see the kids dressed as Negan, it's not something to aspire to."

With adoration and a platform as big as "The Walking Dead," you're bound to come across a few trolls as well -- especially when your character is responsible for taking the show's lead actor out of the show entirely. In Season 9, Jadis/Anne found a wounded Rick on the side of the river -- and took him with her on a helicopter to places unknown. With Andrew Lincoln leaving the show, their whereabouts won't be revealed until a standalone movie.

"I had a little warning. I had about 5 months warning that that was gonna happen. What surprised me when I got the script was, I was under the impression -- I mean perhaps just formed by my own paranoia -- that she was going to kind of abduct him and I thought, part of me was like gleeful about the backlash to be honest," said Pollyanna.

"Part of me was a little bit nervous, like people are going to absolutely hate me," she continued. "Sometimes they conflate the character with the real person and even hearing some of the things that people say is hard sometimes to hear -- people talk about death threats and all this awful stuff -- but in the end it was really a saving of him and actually people have been very kind. They say thank you for saving Rick." 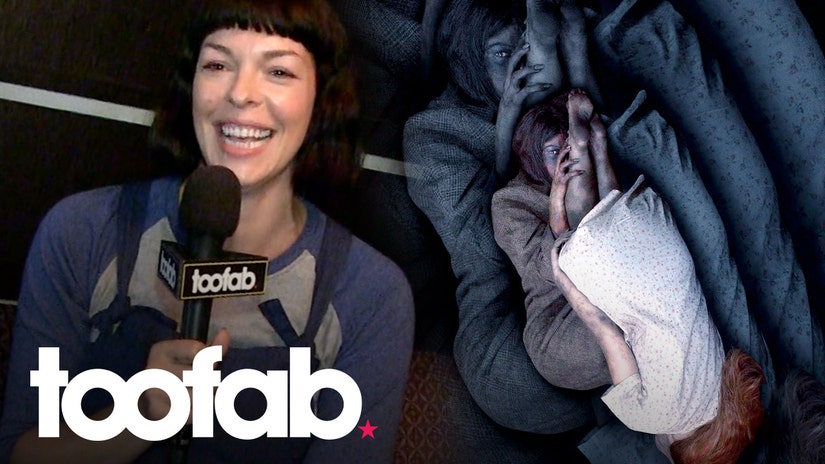 Preparing for the worst and knowing that her character took Jadis "away from his family," she praised the show for doing a good job telegraphing that she "did it for the right reasons." That being said, "The #Richonne [shippers], they're strong fans as well," she noted, "That's really where I get most of the fury from."

As for something that gets her a little fired up: anyone talking smack about Jadis' infamous 'do. McIntosh, who was still rocking it when we saw her at Comic-Con, explained the hair was actually a look she created for a movie she just finished filming before her "TWD" audition.

"I had this mad haircut when I came to audition for the role and thought nobody's going to hire me with this but it was the week after finishing the film and they said we want to keep the hair," she explained. "And now I want to keep the hair, obviously not the stripe. It is really funny when people say, 'Oh that awful hair, you must be so relieved to be done with it,' and I'm like, 'I made that.'"

Fingers crossed we see Jadis/Anne and those bangs when "The Walking Dead" movie drops, though no release date has yet been announced. Her film, "Darlin'," is out on digital and in select theaters now.