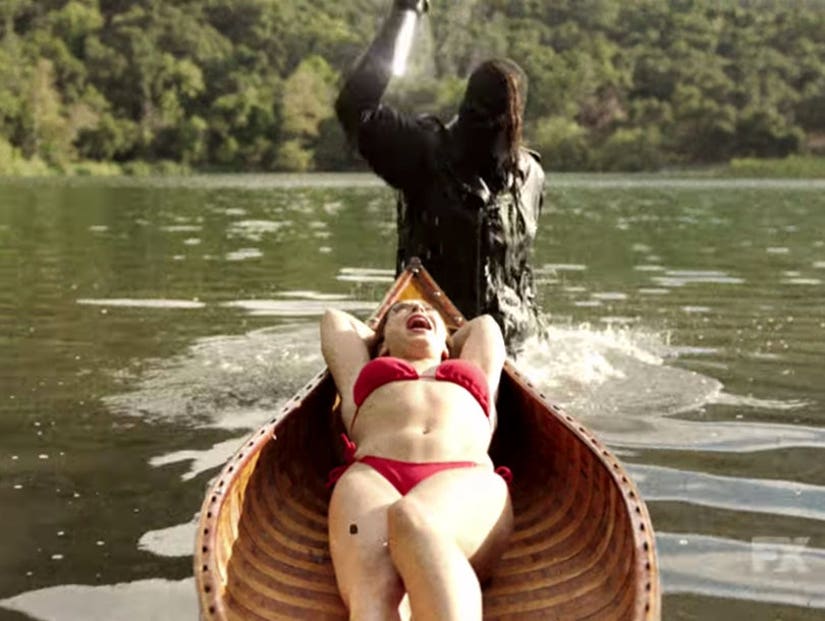 This summer camp is a killer.

Everyone's favorite anthology series is headed to summer camp -- and, if these new promos are any indication, these counselors are doomed!

Taking a few cues from "Friday the 13th," the upcoming season of "American Horror Story: 1984" heads to Camp Redwood. Unfortunately for its employees, a knife-wielding psychopath will also be joining them in the woods and he's not there to sing "Kumbaya."

"Welcome to Camp Redwood. Good luck leaving alive," FX wrote alongside a new pair of promos for the series on Monday. Though the footage does not appear to be from the show itself, it still gives us a pretty good feel for the vibe of the new '80s-set season.

In the first clip, a truck full of teens make their way to their summer home, passing a sign that says "Beware" written in red on the back. As they get closer to the campgrounds, the masked murderer pops out from under the moving vehicle, ready for his kill.

In the second clip (which plays right after the first), a bathing beauty in a canoe gets the shock of her life as the killer leaps out of the water, knife in hand.

Neither Sarah Paulson or Evan Peters appear in an earlier video announcing the cast. Peters previously noted he'd "sit a season out," while it's been reported Paulson won't be returning as well.