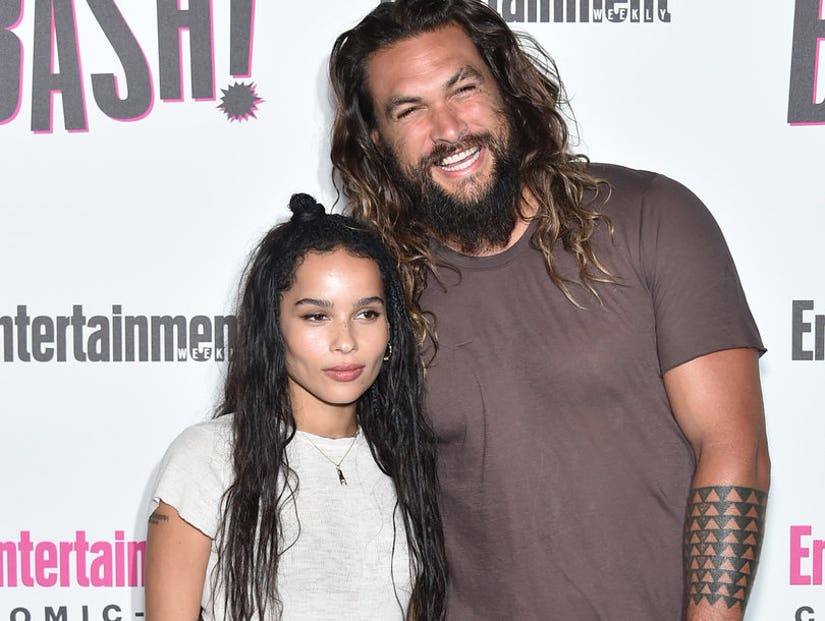 "I'm so proud of u zozo bear," writes the proud stepfather.

Aquaman's real life stepdaughter just joined him in the DC family and he couldn't be more excited.

Jason Momoa's stepdaughter Zoe Kravitz -- daughter of Momoa's wife Lisa Bonet and her ex Lenny Kravitz -- was cast as Catwoman opposite Robert Pattinson in Matt Reeves' upcoming "The Batman" on Monday -- and Momoa was among the many celebrating her new gig on social media.

Sharing a photo of the two of them together, he captioned the photo, "I'm so proud of u zozo bear. On and off screen OHANA. DC WB ohana Lola and Wolfies big sister is CAT WOMAN😍😍😍 Unbelievable so freaking stoked. Your going to have so much fun Aloha P bear."

Lola and Wolf are Momoa's two kids with Bonet.

And Zoe is no stranger to the superhero genre as she starred in "X-Men: First Class" and voiced, wait for it, Catwoman in "The Lego Batman Movie". Reeves confirmed the news on his Twitter account with a simple GIF of Kravitz saying "hello" and social media went wild.

Kravitz's casting may come as a win for diversity in Hollywood as well, as she once recalled the time she was too "urban" for a role in 2012's "The Dark Knight Rises."

"In the last Batman movie, they told me that I couldn't get an audition for a small role they were casting because they weren't 'going urban,'" she told Nylon is 2015. "It was like, 'What does that have to do with anything?' I have to play the role like, 'Yo, what's up, Batman? What's going on wit chu?'"