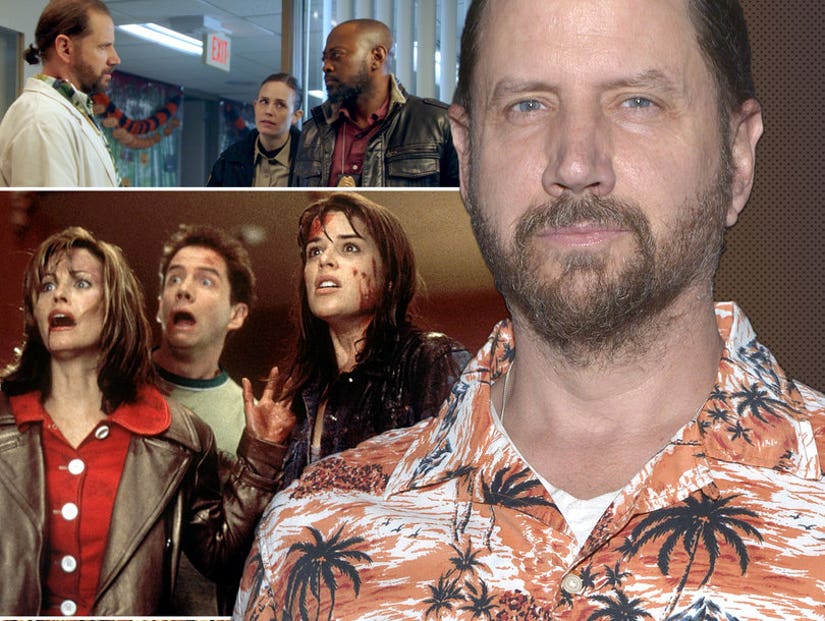 He also weighs in on the question that's divided horror Twitter: Is 'Scream 2' better than the original?

In 1996, Jamie Kennedy got chased around Woodsboro, California by Ghostface as Randy Meeks, the lovable video store clerk with a love of horror movies in "Scream." While Randy met a shocking end in the sequel -- before briefly popping up post-mortem in "Scream 3" -- 23 years later, Jamie's back in slasher territory.

The actor returns to the genre with "Trick," a new horror flick featuring another masked murderer racking up a serious body count with elaborate, grisly kills every Halloween. The movie reunites him with "Scream" franchise editor Patrick Lussier, who directed this film, as well as "Scream 2" costar Omar Epps. 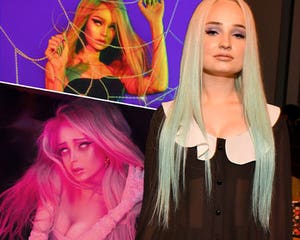 With "Trick" in theaters and on demand and digital today, TooFab caught up with Kennedy to talk about the film and get his take on how the horror genre has changed since the '90s. During our conversation, he also opened up about a recent reunion with his "Scream" costars, shared his opinion on those who rank "Scream 2" higher than the original and revealed how he really feels about his character's untimely death.

How does it feel to be back in the slasher world again?

Without entering spoiler territory, of course, do you see franchise potential here?

I do, for sure. The way it's set up and the way it unfolds and the way certain characters play out, I definitely think so. I could see the world expanding, couldn't you?

You brought up graphic scenes in this, can you talk a little about that and seeing some of the gorier moments play out on set?

Patrick [Lussier], he is a great director and he's a great editor-writer too and he knows what he wants. He's done all four Screams and he just knows how to scare you, but he also knows how to keep it real. This movie is like real, with moments that are really intense. But I feel like, that's what happens if that much carnage happened.

What do you think has changed about the slasher genre since you were in the Scream films? How do you think it has evolved?

I think first it was iconic. "Friday the 13th" was just scary as hell, "Halloween." And then Freddy kind of made it more cerebral with some quirky moments, but still really twisted. Then "Scream" came along and kind of turned it on its head in another way, where it commented on it and kind of invented the meta-world. Now it's gotten multi-level, with "Insidious," it's one type of horror which is totally freaky. We had the "Blair Witch" with the found footage horror and "Paranormal Activity," where you didn't know it was real.

And now I'm watching, I literally was just watching "American Horror Story," that could go on for a hundred seasons, it's just so inventive. It's so nice to see people let somebody, let their id run the creative show and the network took a chance on this. 1984 is so good. It's a throwback, but it also has "Scream "elements to it, it's great. It's a blend of multiple genres. The new type of horror movie is Blumhouse and "Us" and Jordan Peele, thinking-man's horror. I think there's a mix of all types.

"American Horror Story" is very gory, but it's very funny. "Trick" is more intense and dramatic. It's gory, it's scarier in a way. I like them both. There's nothing funny about "Texas Chain Saw Massacre," but it's a great horrific movie. That's why I love "Scream," "Scream" has comedy elements in it. I'm there for all of it. I do think it is getting more intense again.

This movie reunites you with Omar Epps. You didn't share any scenes with him in "Scream 2," but was that a fun realization?

That's one of the reasons I wanted to do it. Omar's such a great actor, such a strong presence and he's always been around, a presence in this business over the past 25 years. I thought he's a great lead and I just liked that his character is the anchor. I also got to play a part that's different for me, more of an adult with a little bit of a creepy vibe. People know me as Randy, and now I'm more of an adult. I thought that's interesting. And Patrick, if anyone's going to be able to do a movie like this, it's fun.

Speaking of Randy, we saw you did a recent reunion with the cast of "Scream" and "Scream 2" at HorrorHound Weekend. How was it to get the gang together again?

It was so nice. Almost everyone was out. We didn't have Skeet [Ulrich] and we didn't have Courteney [Cox] and we didn't have Drew [Barrymore], but I mean, Skeet I think we're gonna get. And Courteney, possibly. Drew kind of does her own thing. But Rose [McGowan] was out, Elise [Neal], me, Matthew [Lillard] and Neve [Campbell]. We all went out to dinner for [David Arquette's] birthday. It was beautiful. We all just chilled. Even though we're all doing different things, we all just sat and listened to each other and told stories and just laughed. It was really effortless.

It's always debated on Twitter, whenever someone brings up the "Scream" films, which movie is the best. People always battle between the first and second films. Do you have any input, acknowledging that they're both amazing movies.

It's crazy how 2 is almost as good as 1. It's hard to say anything's better than 1, because it was the one that did it, put it on the map. 2 just holds up so well, it's so good and it's as good as a sequel can be. It doesn't fall off at all. For me, I love them both, it's hard for me to pick. But I love some of my monologues in 2, I love that Randy got to do a lot. But I hated that he died. It also made a huge impact. So even though I hate it, somebody had to die, it made it talked about that I did.

"Trick" is available in theaters, on demand and digital today. 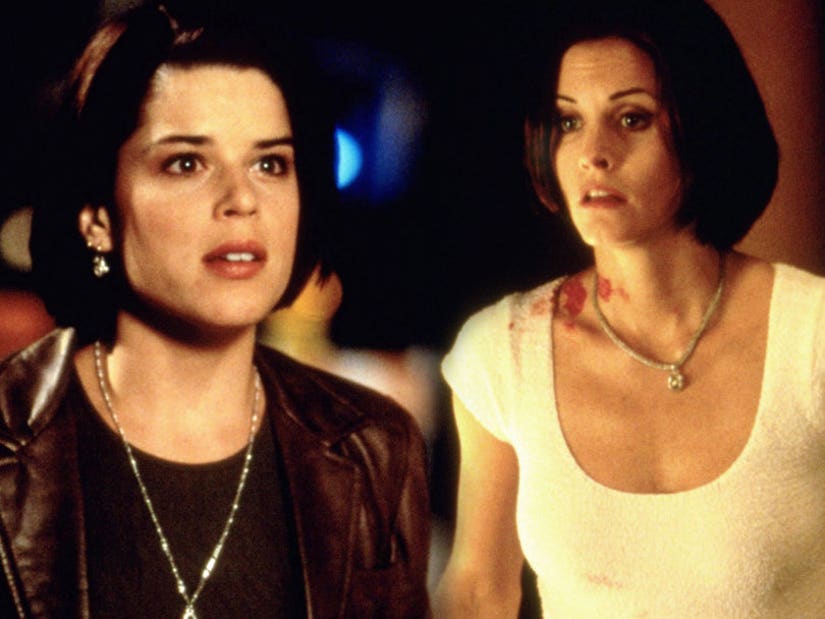