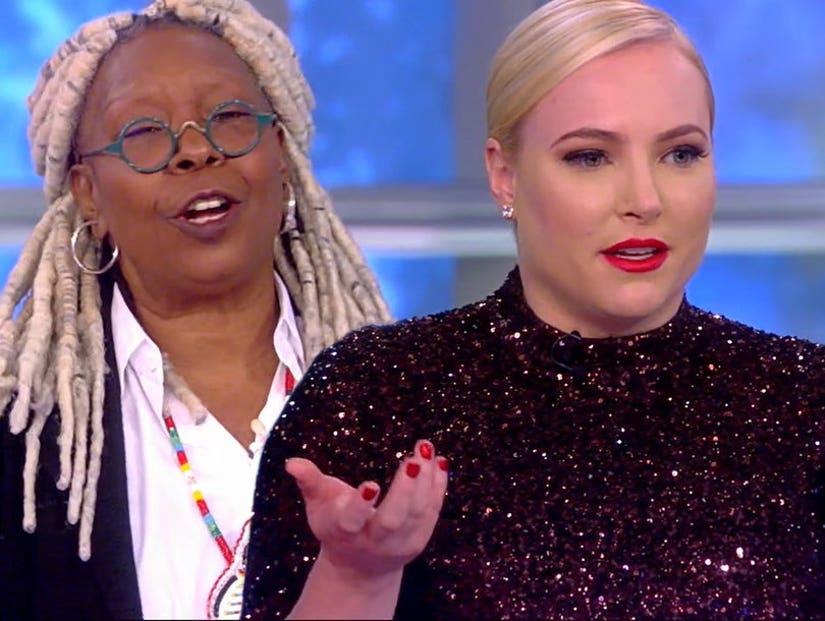 "Americans who aren't part of the overwhelmingly anti-conservative media deserve to have their views represented."

UPDATE at 7:00am PT on Tuesday, December 17: In another tweet, McCain used a gif of Daenerys Targaryen (Emilia Clarke) from "Game of Thrones" to reiterate the fact she won't be silenced.

Good morning - to all the fellow conservative “girls” who won't be quiet. pic.twitter.com/958DzFDAEp

Meghan McCain is speaking up for herself after Whoopi Goldberg told her to "please be quiet" during a heated moment on "The View" Monday morning.

"Dems and Rs alike need to confront the ugly truth: both parties are failing to be impartial jurors," McCain tweeted shortly after the show wrapped. "I won't be quiet, even if the reality reflects poorly on the entire political establishment. I have a responsibility to speak for the 50% that feels media doesn't represent them."

"Pretending half the country doesn't exist won't make them disappear," she continued. "The culture war is real, and Americans who aren't part of the overwhelmingly anti-conservative media deserve to have their views represented."

She then shared new polling data on support for impeachment and removal -- which has been fairly static of late -- adding, "Pointing out things that are true is part of my job even if it angers people and even if it's politically inconvenient."

Pointing out things that are true is part of my job even if it angers people and even if it's politically inconvenient. https://t.co/HbHRQdATJ3

During Monday's episode, McCain pointed out conservatives do not support the proceedings against President Donald Trump -- and said a long process isn't doing anything to help Democrats. After Joy Behar criticized Trump for refusing to testify, Sunny Hostin called out the hypocrisy of Senators who voted to impeach President Bill Clinton, but wouldn't do the same this time around.

She didn't speak until later in the show, when Robert De Niro joined the table and brought up her father. McCain also told him "Casino" was one of her all time favorite movies, before asking him about his longtime partnership with Martin Scorsese.

You can watch the beginning of the impeachment conversation below. Click here to see how Meghan reacted to the fight on Twitter after the show.