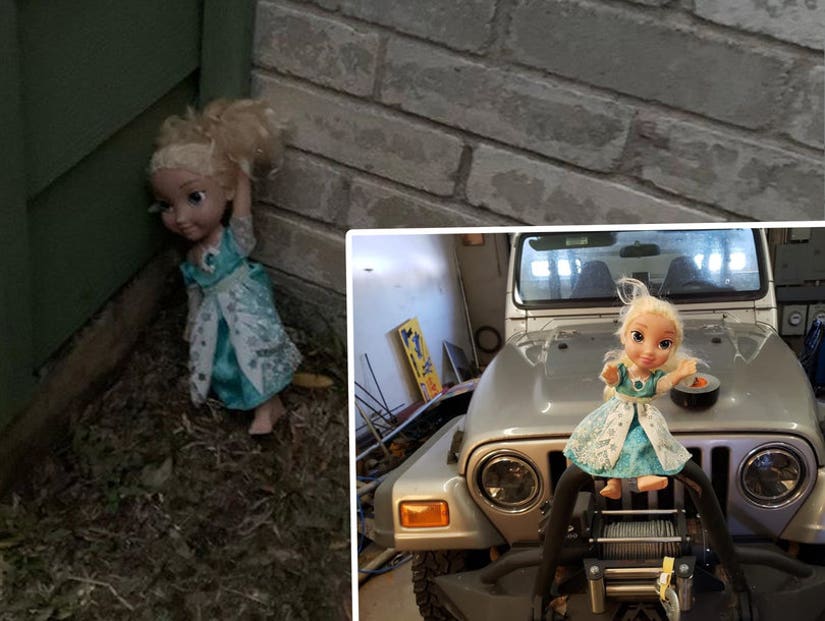 The "Frozen" doll speaks in two languages, hasn't had its battery changed in 6 years, and operates while switched off.

A family in Texas can't seem to let go of a "haunted" Elsa doll from the movie "Frozen."

The toy was given as a Christmas present to Emily Madonia's daughter in 2013 and has terrified the family since with its ability to speak both English and Spanish, operate when turned off, and even find its way back home when thrown out, according to a report by click2Houston.com.

"For two years it did that in English," Emily told the publication referring to the doll singing "Let It Go" after a button on the necklace is pushed. "In 2015, it started doing it alternating between Spanish and English. There wasn't a button that changed these, it was just random."

Adding to the creep element was the fact that the family had not changed the battery since they owned it, and it would "randomly begin to speak and sing" even when it was switched off, reported the outlet.

Understandably, the family was unnerved enough to toss the Disney princess in the garbage, only to have it return weeks later inside their home.

"The kids insisted they didn't put it there, and I believed them because they wouldn't have dug through the garbage outside," Emily explained.

Now only speaking in Spanish, Elsa was discarded a second time with heavy precaution, as detailed in a Facebook post by Emily, alongside a photograph of the blonde-haired, blue-eyed doll perched outside their home.

"Ok guys, seriously, we need help,' Emily wrote. "To recap for those of you who have not been following our Elsa doll saga, Mat threw it away weeks ago and then we found it inside a wooden bench. Okay -- so we were weirded out and tightly wrapped it in its own garbage bag and put that garbage bag INSIDE another garbage bag filled with other garbage and put it in the bottom of our garbage can underneath a bunch of other bags of garbage and wheeled it to the curb and it was collected on garbage day," she continued.

"Great, right? We went out of town, forgot about it. Today Aurélia says "Mom, I saw the Elsa doll again in the backyard. "HELP US GET RID OF THIS HAUNTED DOLL," she posted.

Emily said she knew it was the same doll because of markings on it from her daughter.

"Most logical thinkers believe it's a prank, but I don't understand how or when it was done, especially because the garbage truck had taken it away," she added.

As a last resort, the family mailed it to a friend "without a return address." On Tuesday, Emily took to social media to let followers know the doll reached its destination.

"My friend Chris Hogan received the doll today. 1500 miles from here. (He asked for it, don't be mean!) He's at work now but I asked him to check it for the marker that my daughter colored on it when he gets home, so we can make sure it's the same one! Yes, I'm unreasonably paranoid now," she admitted.

"Both times the doll reappeared two weeks later (or I should say, we found her two weeks later, but hard to tell how long she was there) so I'm curious how it will go from here. That's all I got for now."

"If the doll comes back, I might have to open my mind to some of the more supernatural solutions," she stated.

TooFab reached out to the family for comment. And we'll keep you posted on Elsa's movements.