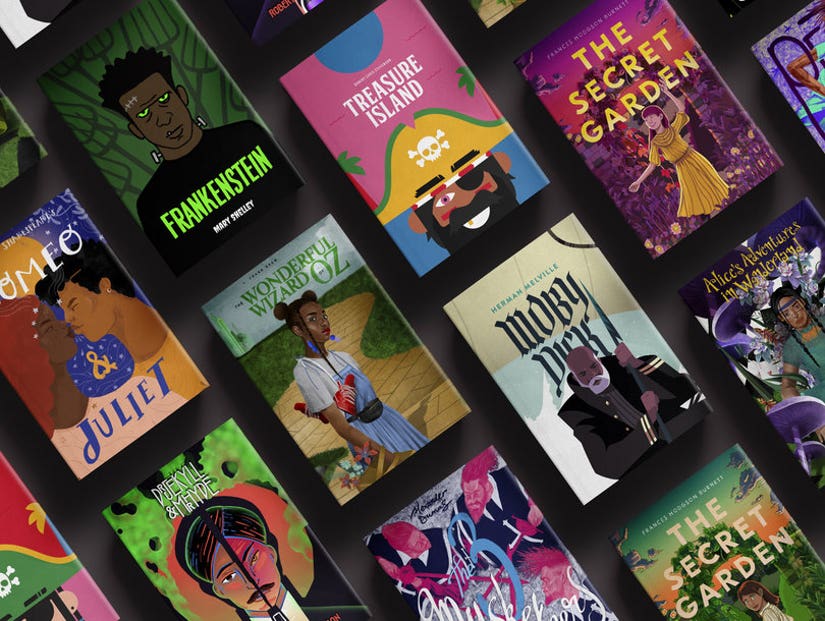 The new cover art featured the novels' characters as people of color, yet the characters in the texts are white.

Barnes & Noble has cancelled its reissue of classical literature titles after accusations the cover art was a demonstration of Blackface.

The literary retail giant and Penguin Random House planned to release special editions of twelve famous novels with new covers that featured the characters as people of color, yet the characters in the text are white. The release was intended to coincide with Black History Month.

"We acknowledge the voices who have expressed concerns about the Diverse Editions project at our Barnes & Noble Fifth Avenue store and have decided to suspend the initiative," Barnes & Noble said in a statement.

A Barnes & Noble store is facing criticism for its decision to sell "Diverse Editions" of classic novels with reimagined covers during Black History Month. https://t.co/nnCxAKK8ff

A launch event planned for the Barnes & Noble flagship store in New York City was cancelled as well.

The art for "The Wizard of Oz" depicts Dorothy as a Black girl with braids, puffs and red sneakers hanging over her shoulders, while "Moby Dick" has an elderly Black man with a beard holding a harpoon.

And the "Dr. Jekyll & Mr. Hyde" art included what some considered other racist stereotypes as well, with one social media follower commenting, "Whenever I turn evil, my eyes turn extra slanty."

Alexandre Dumas -- author of "The Count of Monte Cristo" and "The Three Musketeers" -- is the only Black writer that made the cut among the literary classics chosen for the reissue.

The new covers -- created by artists of "different ethnicities and backgrounds" according to Barnes & Noble -- were called "literary blackface" by Black writer Rod T. Faulkner in his essay for Medium.

The Diverse Editions event at our @BNFifthAvenue location originally scheduled for this evening has been cancelled. Please see our statement: pic.twitter.com/jGquff9MyM

Barnes & Noble said in a statement that the initiative was not intended as a "substitute for black voices or writers of color, whose work and voices deserve to be heard."

"The booksellers who championed this initiative did so convinced it would help drive engagement with these classic titles. It was a project inspired by our work with schools and was created in part to raise awareness and discussion during Black History Month."

But author Mikki Kendall wasn't buying it as she tweeted, "They could have Googled, chosen a dozen books by actual Black authors that are classics & sent those out with fresh covers & a big event. Add in bringing in contemporary Black authors to discuss these works & the whole thing is a win. They didn't do the easy or logical thing."

Others followed suit in their disappointment. Read the social media reactions below:

What?!? No! Is it really this hard? People sat down & had meetings & put a lot of energy & money into creating covers f/black people on books w/ the same old stories INSTEAD of promoting books written by black authors & featuring black characters?WTF?! 😡 https://t.co/sgGGglaiNu

Haha, maybe actually look for POC writers and their books in the first place, instead of doing this kind of thing.

I love seeing myself represented in the diverse Barnes & Noble classic editions. For example, whenever I turn evil, my eyes turn extra slanty pic.twitter.com/sl8Ob4Hwdw

so I have only now been filled in on the full context of the Barnes & Noble "diversity covers" thing and now I ask this with love: what the fuck

Dear Barnes & Noble: How about a black face in your boardroom to prevent this idea from ever leaving it? #BlackHistoryMonth pic.twitter.com/NmCw6LjqSa