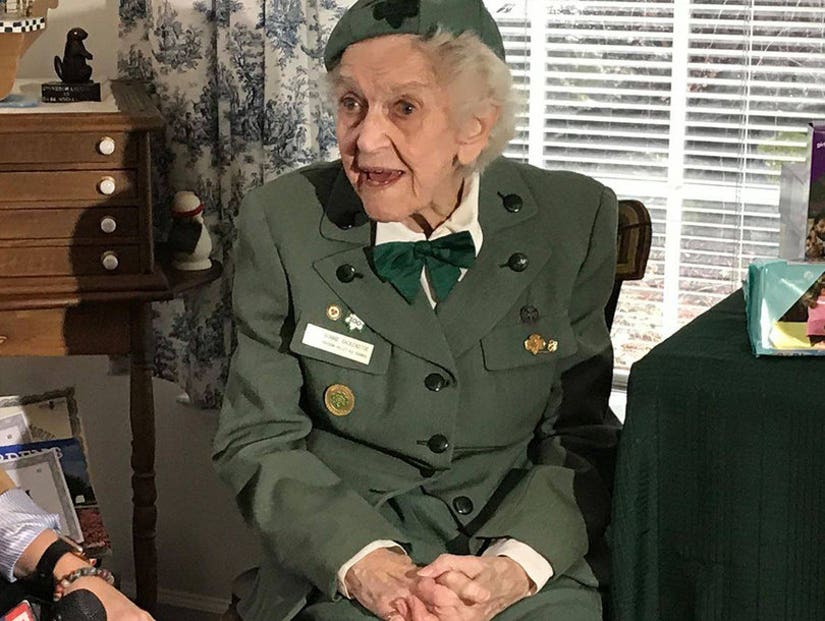 Back when she started, there were only 3 types of cookies available and they cost 15 cents a box.

It's Girl Scout cookie season and a 98-year-old woman is back on the beat slinging the delicious morsels.

Veronica "Ronnie" Backenstoe has been donning the green beret, sash and signature skirt for 88 years, honing her salesmanship since the time of the Great Depression.

She confided her favorite cookies are Peanut Butter Patties now, having replaced Thin Mints on her palate's top spot list. But back when she started, there were only three different flavors and each box was a whopping 15 cents.

Ronnie worked her way up the ranks of the organization, becoming director at Camp Mosey Wood in the Poconos and a field director for several counties. Her adventures as scout leader took her to such places as Jamaica and Switzerland.

"I don't know if you ever tried to get in a uniform in a pup tent," Ronnie quipped to the outlet. "I did. It's not easy!"

Being a Girl Scout became a way of life for Ronnie.

"I think that it was just part of living, and that's what really girl scouting is, it teaches you how to live," Ronnie told said.

When her husband was deployed during World War II, she attached a Girl Scout ring -- which she kept from her childhood -- to his dog tag, according to CNN.

"She told him, 'If you don't take this ring off then you'll come back safe.' And he did," Donna Schudel, Community Relations Specialist for Phoebe Ministries told the news source.

Ronnie recently teamed up with the local chapter, Troop #1814, to keep the time-honored tradition alive at Phoebe Berks retirement home in Wernersville, Pennsylvania.

Veronica “Ronnie” Backenstoe has lived through moments that many of us have only read in history books.

But the 98-year-old isn't letting her age stop her from continuing her favorite tradition — selling Girl Scout cookies. https://t.co/z3NHptIrnf

"In general, she just makes me laugh when I'm with her," Girl Scout Amber Holl admitted.

Ronnie said her time in the institution provided her a code she still lives by today, as she revealed in a poem created three years ago.

"I was ready to be prepared, to obey orders, to be courteous, cheerful and clean in thought, word and deed," she wrote. "The Girl Scouts had planted a seed."