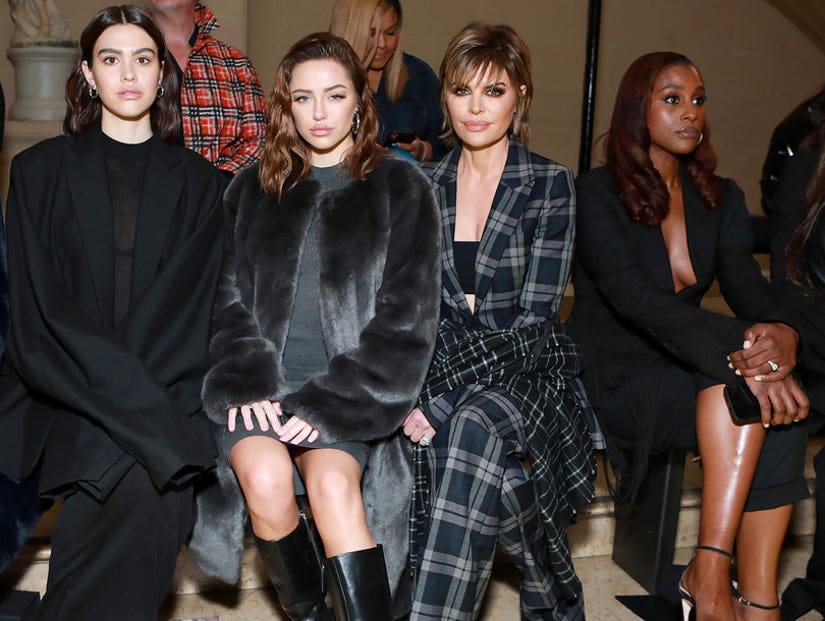 "Were you miserable? Were you trying to stay away?" asked Andy Cohen.

Issa Rae went viral on Twitter this week thanks to a photo of her at the Vera Wang show at New York Fashion Week.

The "Insecure" writer and actress was pictured next to "Real Housewives of Beverly Hills" star Lisa Rinna and daughters Delilah and Amelia Hamlin in the front row of the show -- but seemingly wanted nothing to do with the photo being taken.

While Rinna and her two girls posed for the camera, Rae looked blankly off to the side ... and a meme was made.

Here are a few of the reactionary posts:

Issa Rae disassociating in this photo has me spiraling. pic.twitter.com/s4qncMiept

.@IssaRae in this photo is the physical representation of me minding my business all 2020 and beyond pic.twitter.com/Uzx6rueFwS

“I'm (only) rooting for everybody Black, I said!” - @IssaRae pic.twitter.com/QguLvosBDQ

Appearing on "Watch What Happens Live" Thursday night on Bravo, Lisa's boss Andy Cohen put Issa in the hot seat about the photo

"What was going through your head during this moment" asked Andy, as Issa cracked up laughing. "Were you miserable? Were you trying to stay away? Talk to us about what was happening here."

"The photographer wasn't trying to take a picture of me, so I just moved," Rae responded. "She was also rubbing my shoulders a lot, I wanted more shoulder room and that was it! Period."

So, there you have it, no shade intended. Watch her response below: