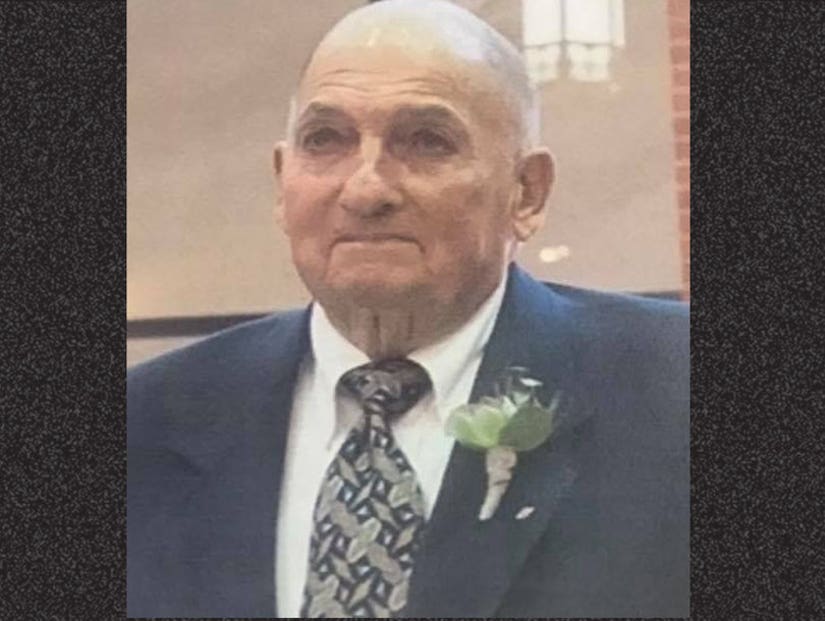 "He had the stop sign in one hand and he yelled stop. He made them go back in so the car missed them and hit him," explained the school principal.

An 88-year-old crossing guard is being hailed a hero after saving two grade school children before being fatally struck by a car.

Bob Nill was working his shift at Christ the King Elementary School on Tuesday in Kansas City, Kansas when he pushed two boys, aged 7 and 11, out of the way of an approaching vehicle.

Bob Nill. The 88 yr old crossing guard killed this morning in #KCK. Witnesses told police he pushed children out of the way to save them as he was hit by a car. #fox4kc pic.twitter.com/enxjgayJpP

"He had the stop sign in one hand and he yelled stop," explained Fithian. "He made them go back in so the car missed them and hit him. The boys listened and they weren't struck because he saved their lives."

She told The Washington Post that the two boys came running into her office crying for "Mr. Bob" -- the nickname the students gave Nill -- and she consoled them before heading outside to find first responders on the scene.

Police told the outlet that they don't believe the driver was intoxicated and the cause is more likely distracted driving.

The community is mourning the loss of Nill, who was employed as a crossing guard since 2015.

"I offer my deepest sympathies to the family of the crossing guard, and I offer our gratitude on behalf of our residents for his selfless sacrifice in protecting our children," Mayor David Alvey said in a statement.

Christ the King school posted a message on their Facebook page. "Our hearts are heavy at the passing of Mr. Nill. Please continue to keep him and his family in your prayers as well as the students, parents, and teachers who witnessed today's accident. Also know that Mr. Nill is a hero."

Balloons and flowers decorate this crosswalk sign near 54th and Leavenworth to remember "Mr. Bob" Nill. He was a crossing guard who was hit and killed yesterday morning, while helping kids get to school: https://t.co/H2Ama20QFK pic.twitter.com/URoxQd4Fsl

"He was very dedicated at what he did. He cared about the kids. He made sure he stood out there with that sign and made sure they were safe," friend Elizabeth Germany told Fox News.

One of Nill's three sons, Bill, told The Washington Post his father was born in 1931 and lived most of his life in Kansas. After retiring from his banking job and losing his wife recently, Bill said his dad was lonely and wouldn't keep a normal schedule because he would "stay up all night watching John Wayne movies."

With the urging of his sons, Nill agreed to sign up for the crossing guard gig, according to the outlet.

"It was the neatest thing in the world," Bart told the publication. "It got him back on a schedule again, he got to sleep when he was supposed to -- but it also allowed him to spend time with children again, because Dad, he just loved kids. You could sense that."

The community and neighborhood came to know the kind gentleman who was always wearing the Kansas City Chiefs stocking cap, explained his son.

When the ambulance took Nill away from the scene of the incident, the school -- including 260 students and teachers -- stopped to pray the rosary.

"How many people can say at the moment of their death that hundreds of people are praying for them?" Fithian told The Washington Post. "We were offering up those prayers for him at the time he was going to see the Lord."