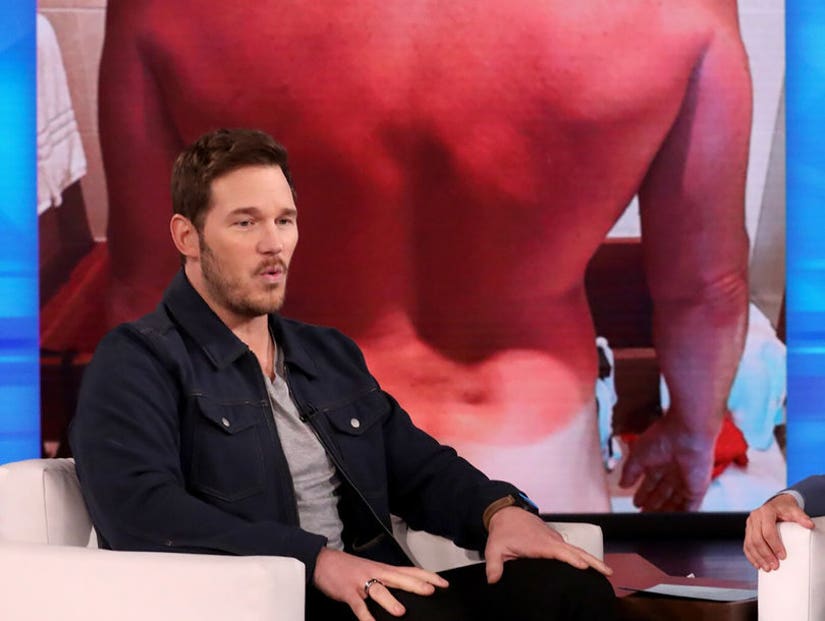 The "Jurassic World" star compares the upcoming film with all its returning "Jurassic Park" stars to the epic "Avengers: Endgame."

Chris Pratt was game for anything during his latest appearance with Ellen DeGeneres, playing her "Burning Questions" game, poking fun at his viral -- and awful -- honeymoon sunburn picture, and even teasing the possible end of the "Jurassic" franchise.

Chris proved his usual quick-witted self, dropping jokes at every possibility in the same way that made him a breakout star with every ad lib on "Parks & Recreation." Now ripped, though, the action star was clearly not ashamed of his physique as he stripped down for that painful barebacked image. 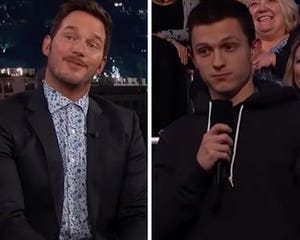 As Ellen threw it up, Chris wasn't embarrassed that his butt was showing, and actually used it as a point of contrast. "That's the color I typically am," he told her audience before going in to why he thinks he got that sunburn in (and he swears this is true) nine minutes during his tropical honeymoon.

"I've been doing all of these movies and in those moves I look so tan," he said. "But I forget that it's sprayed on."

And so, he foolishly persisted. "I laid out and I was like, is someone cooking Norwegian bacon? It happened so fast, I forgot how translucent my skin is."

What he thought would be a little base tan action instead nearly ruined his own honeymoon. And from that naked point forward, he was shirt on the whole time. "Every activity that happens on a honeymoon, shirt on," he joked with a wry smile. 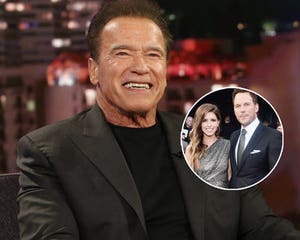 The actor also plugged some of his upcoming movie projects, including one coming up for Christmas, "The Tomorrow War," and the one he was literally heading out to start filming "tomorrow," "Jurassic World 3."

While he didn't specifically say if this was the last film or not, he did hint that he does know. "I'm not allowed to say anything, but I'll tell you everything," he told Ellen's audience, saying that "this feels like" the end of the film series.

"It's got pretty much everybody in it. Maybe I just blew it, but I don't care, but I know that like all the cast from the original 'Jurassic Park' is coming back," he said, comparing it to how the Marvel movies all seemed to come to a natural conclusion in "Avengers: Endgame."

Don't tell Marvel that, as they've still got plenty more MCU films to come, including another chapter for Chris' "Guardians of the Galaxy."

Nevertheless, it does feel different for "Jurassic Park," considering most of that OG cast hasn't been involved in the franchise for over a decade at this point. So their return has more gravitas and feels way more special than Iron Man hanging out with Captain America in yet another movie. 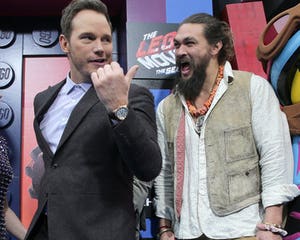 As expected, Chris was nonsensical and silly through much of Ellen's "Burning Questions" -- like suggesting he wishes his name were Chris Pratt, "but with a Q" -- but he also offered some touching nods to his family, an even more nods to the glory of spray tanning.

Something tells us this may be the only way Chris tries to get some color in the future. Thoughts about that ripped picture of him from "GotG"? "Spray tan." He feels sexy when... "I get the spray tan."

But when asked to describe himself in three words, he quickly replied with, "Very proud father." He then started riffing, adding, "Wearing borrowed clothing" and going from there.

He also heaped praise on his wife for filling in the gaps of his "many deficits" and putting up with his most annoying habit, which is so specific and odd and, yes, annoying. Seriously, this would drive us crazy. Check out the video and see if you could handle it.

And then remember that Star-Lord picture with the spray tan. 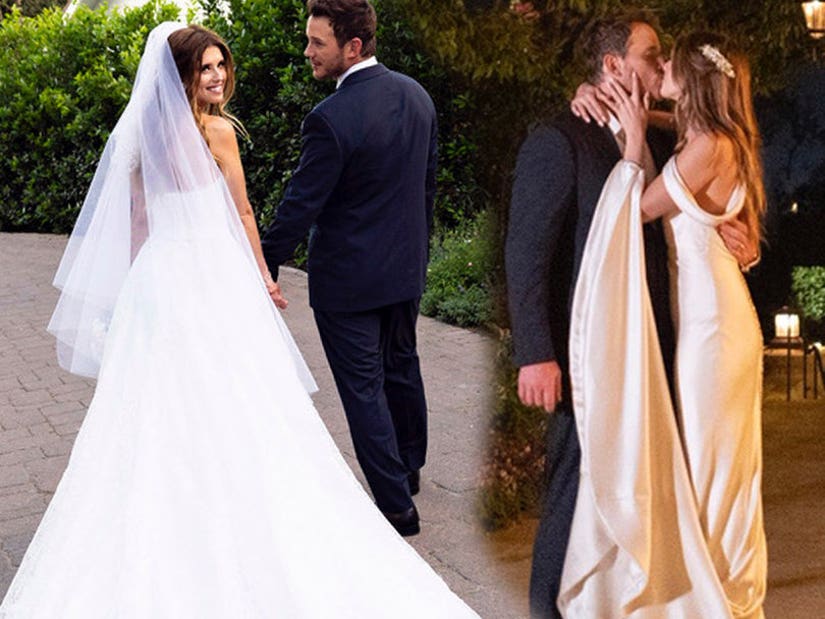