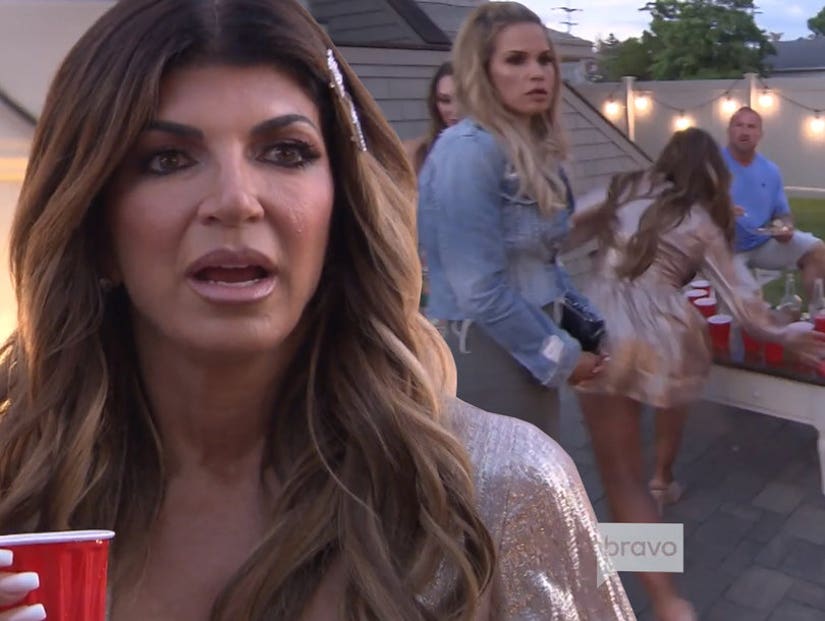 "She's pissed at the producers," whispers Melissa Gorga after her sister-in-law literally runs away.

More shocking than the footage of Teresa Giudice encouraging Danielle Staub to yank Margaret Josephs' ponytail during that boutique brawl is her reaction to finding out Danielle outed her actions to Melissa Gorga.

In a sneak peak of the "Real Housewives of New Jersey" Season 10 finale, which airs Wednesday night on Bravo, Melissa tells everyone Danielle said it was the boutique owner's idea to have her pull Margaret's hair ... and that Teresa urged her to do it.

Teresa stared silently and open-mouthed, as both Margaret and Dolores Catania refused to believe the information. "She said that?" Teresa finally asked Melissa.

"I don't believe it. You would never do that!" Margaret insisted, as Dolores added, "This is Danielle 101. She's making stories up as they went along!" But Melissa looked directly at Teresa and asked, "Is she lying?"

Teresa was visibly uncomfortable. She finally managed to mutter, "I don't even... I remember her saying something to me... I don't know..." Margaret's eyes just about came out of their sockets, as Dolores' mouth dropped open.

"I was drinking," Tre added, "And everything happened so fast." The shock and disappointment among the group was palpable.

"I'm a little freaked out. I'm not gonna lie," Marge finally said. "Why would you ever tell her to pull my hair? How sick is that? You f--king love this girl so much that you're gonna f--king just let her hurt me? For what? For what? You're a real f--king asshole. I'm like f--king freaked out." 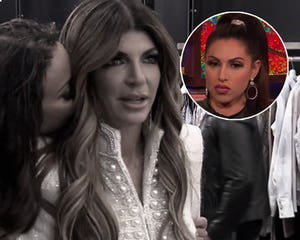 "This is your f--king friend? This is who you wanna associate with?" Josephs added. "She just threw you under the bus in front of the f--king world to save her own f--king ass. How sick is that?" Catania looked at Giudice and added, "You have been going to bat for [Danielle] since day one, and look what the f--k she just did to you."

Incredibly upset, Margaret stormed off, as Teresa struggled to come up with the right words. "I mean, I feel bad. I hope they don't use this," she said to Melissa, who replied, "They are gonna use it."

When the reality of the situation finally sunk in, Teresa turned to one of the camera people, flipped them off, tossed her solo cup and all its contents, smacked all the red solo cups off a nearby table and booked it upstairs. "What did she throw that for?" asked Jackie Goldschneider. "She's pissed at the producers," replied Gorga. 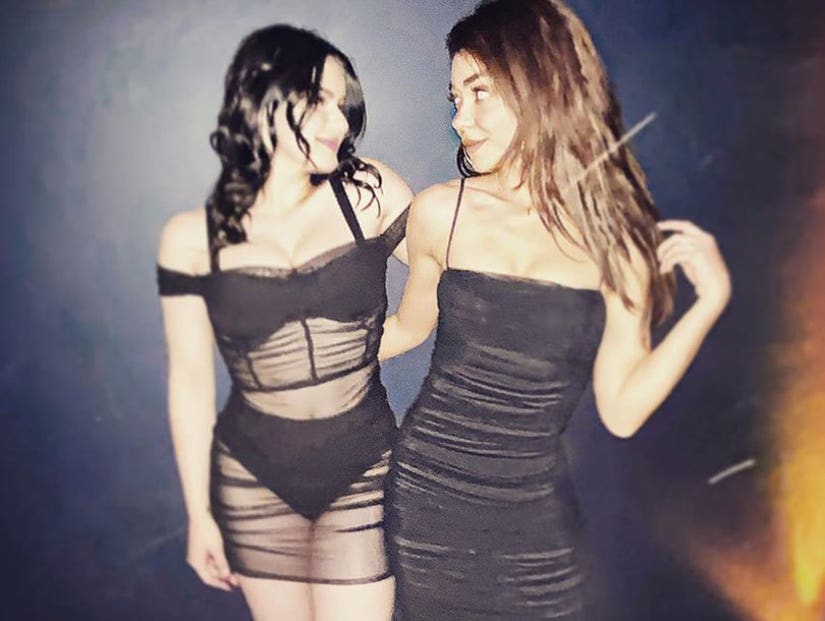