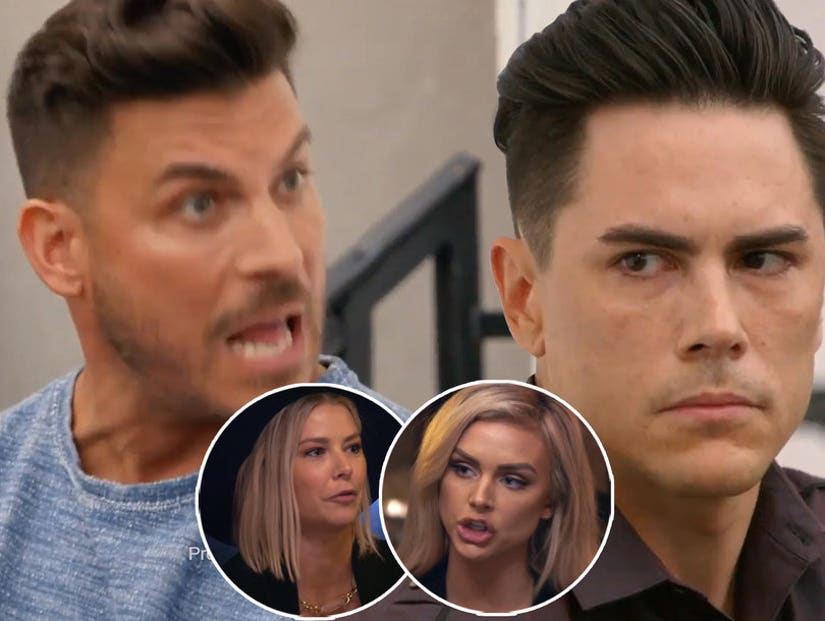 "You know who doesn't like the past being brought up?! Hypocrites and people with bad credit," shouts Sandoval.

The drama stemming from Jax Taylor and Brittany Cartwright's original wedding pastor -- who turned out to have a very homophobic past -- only intensified on Monday's new episode of "Vanderpump Rules."

Last week, all hell broke loose after Tom Sandoval asked Jax why they fired the pastor only after Lisa Vanderpump spoke to them about the issue. Jax was ticked, Ariana 100 percent supported Sandoval's question, while Brittany hysterically called on her man to beat up Tom for ruining her night.

This week, Jax stopped by SUR to chat with Tom after giving each other the silent treatment for four days ... and the exchange went horribly. Jax demanded an apology, but Tom didn't give him one because he felt the two were "intentionally ignoring the situation" with their pastor until they were backed into a corner. 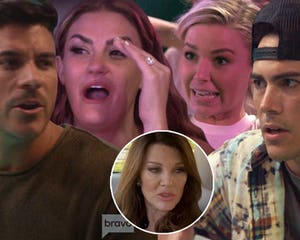 In the process of explaining his side of the situation, Jax insisted Tom not bring up "the past."

"You know who doesn't like the past being brought up?! Hypocrites and people with bad credit," Sandoval fired back. Jax then cut him not only from his role in the wedding party, but from attending the actual wedding. "I'm not even having my own mother at my wedding because I don't wanna deal with her. You think I'm gonna have you there?" he fired at his friend of 20 years.

Ariana was conflicted, saying she wasn't sure if she felt comfortable going without Tom, even though she was one of Ariana's bridesmaids.

Sandoval later spoke with Tom Schwartz, who tried to get Sandoval to understand he may not have gone about the situation in the right way. Sandoval eventually came around, but still didn't feel his message was wrong. Schwartz agreed, and they both cried! It was so pure. "I know sometimes your tact can be off, but your heart is unrivaled," Schwartz blubbered. "You're one of my favorite people in the world. I'll be honest right now, my heart is broken." 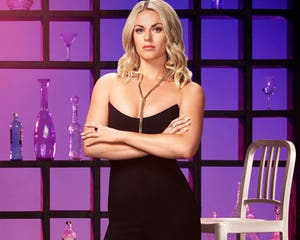 Later, Lala Kent and Randall Emmett met up with Jax and Brittany, who filled them in on all the drama. But because Jax simply cannot help himself, he said Tom's energy would be better spent on trying to figure out his bisexual girlfriend's "issues," including "what sexuality she is because it changes every day."

Lala then told Brittany that Ariana was a "wet blanket" and she wouldn't want her in her wedding, either. Jax later "proposed" to Randall and asked him to fill in for Sandoval.

Later, Ariana met up with Brittany to discuss the situation. Britt tearfully said she felt Tom and/or Ariana should've reached out to them privately, before Ariana brought up how Brittany demanded Jax knock out her boyfriend. Ariana told Brittany she was conflicted about being her bridesmaid without Tom not even able to go. Downstairs, Schwartz went to bat for Sandoval, but Jax said his mind was made up.

Ariana later told the camera she believed Brittany genuinely didn't see all the pastor's homophobic remarks, but she also "had to have worked pretty hard to maintain that ignorance."

Amid all this, Lisa invited Jax and Brittany over to let them know she wouldn't be able to make it to their wedding because her mother died and she needed to go back to England. 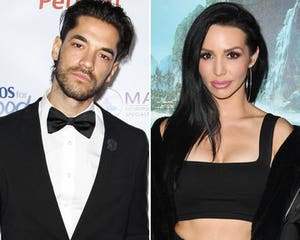 Lala and Stassi Schroeder urged Ariana to make things right with Brittany for the sake of their "dysfunctional family." That's when Lala said she felt Ariana wasn't happy in their group of friends, prompting Ariana -- who has been open about battling depression this season -- to explain she wasn't happy with anything. Lala and Stassi said they had no idea how severe her depression was.

Tom sent Jax a text, which he read in part to Ariana: "Hey, man. Jax. Really sorry for bringing that shit up so close to your wedding. I really, really do hate seeing you and Brittany upset." The part of the message Bravo showed read as follows: "I 1000 percent respect your decision to not have me at the wedding. I'm most definitely really sad about it but this is y'all's big day. Have a blast and let me know if you need anything."

Ariana started crying. She told Tom he was too good of a person and apologized for being so emotional about the whole thing. She said she wanted to drive away and wake up in a new life. When he said he knew that feeling, she barked back that he didn't. "I have it every day," she said. "Tom, I love you so much, but I'm telling you I wanna leave my life. I wanna leave my life."

He later told the camera he had seen Ariana that low before but that it was "rare." 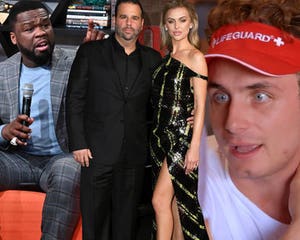 In other news, while Schwartz and Katie Maloney spoke to Max Boyens about his new "exclusive" title with Dayna Kathan, Dayna chatted with Raquel Leviss.

"Weird turn of events -- we decided to be exclusive," Dayna told her coworker. "He brought it up when we were talking the other night, and it kind of caught me off guard. Didn't think that we were really there yet. I don't know, just kind of happened organically. I don't know, I like him."

On the other side of town, at Schwartz's mention of the word, Max said, "What does exclusive mean? I don't know." Katie said she considered it a "relationship," as Schwartz said he felt the definition was "you're not putting your wiener in other vaginas. It doesn't mean you're together. It doesn't mean you're an item, does it?"

"Yeah, exactly," Max said. "No, we're just like together. We're...I don't know, dude! I was really tired when we had the conversation." He later told the camera he felt making things exclusive with Dayna meant he was making her a "priority."

"I care about you. If I go to a wedding and I have a plus one, I would like to bring you," he explained. "I think Dayna is definitely taking it a little more serious, which is...okay."

Dayna later said she felt the title had actually made Max pull away, so she called him and asked if they could chat. 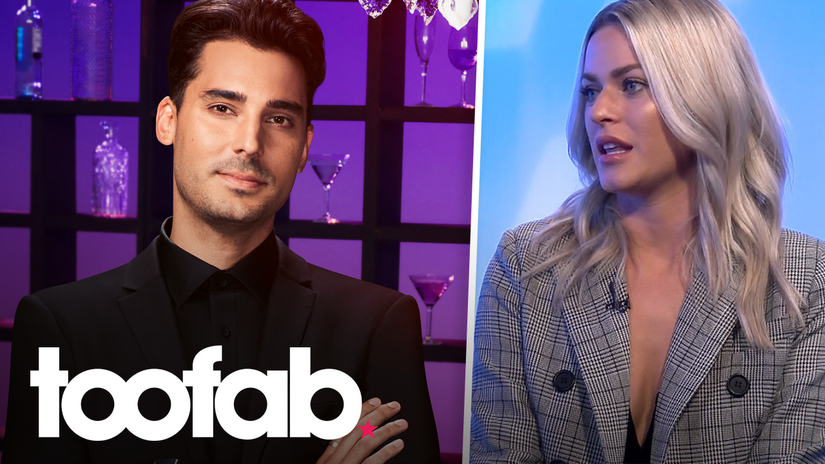 Also, Scheana Shay -- who once slept with Brett Caprioni, who called her a bad kisser -- gave him a hard time when he told her he was taking Charli Burnett out on a date.

"It just seems weird. You were saying how you're not attracted to her, she does her makeup bad," Scheana said, prompting Brett to say, "Now you're putting words in my mouth?"

"Off of what I know from both of you so far, I think you'd be better as friends because she's a lot younger than you," Scheana said. "And I think if you're gonna date someone, you need someone a little more mature? Not like a little adorable club rat? As your friend, I'm just saying, she's a young girl. She's not looking for anything serious. Keep your guard up."

Brett said he appreciated the heads up but wanted to get to know Charli a little better. So the two went out for smoothies, and the whole thing was super awkward. Charli didn't like that Brett talked so much and that he brought up his ex.

In a fatal move, Brett also told Charli about Scheana's warning, and the aftermath of that whole mess will air next week. 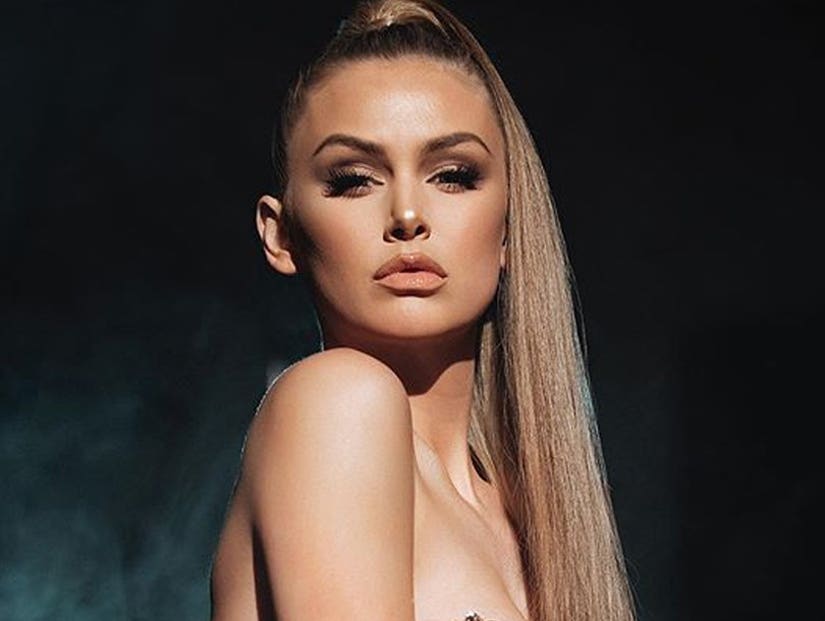 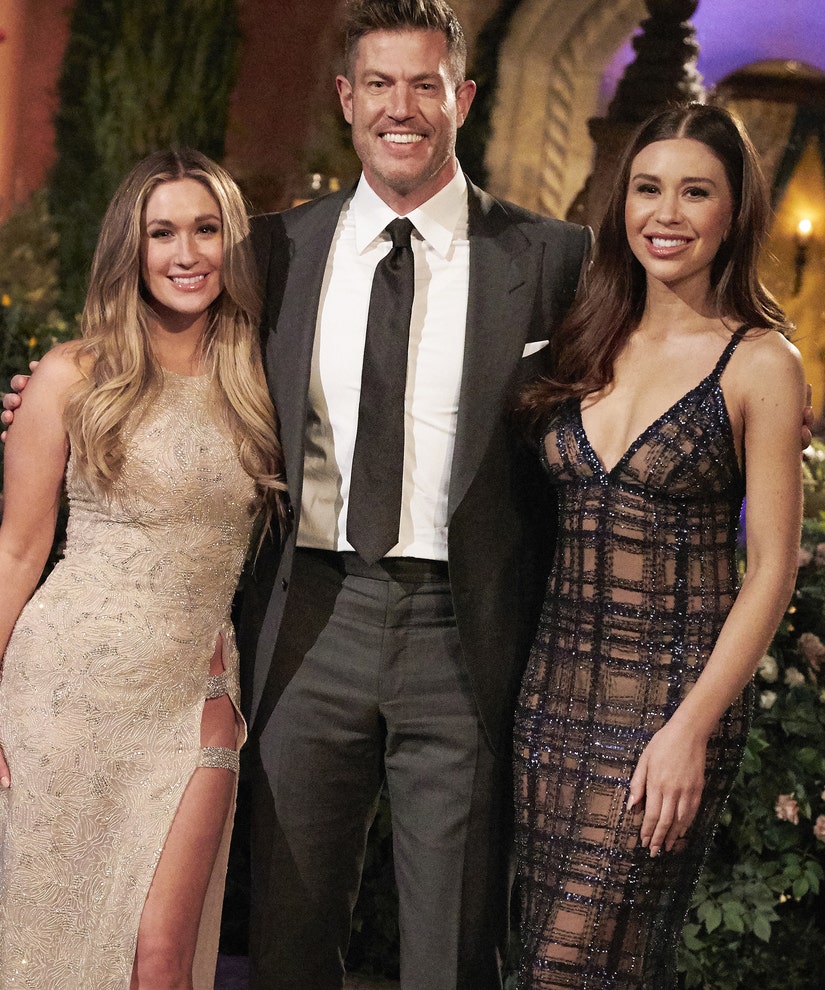 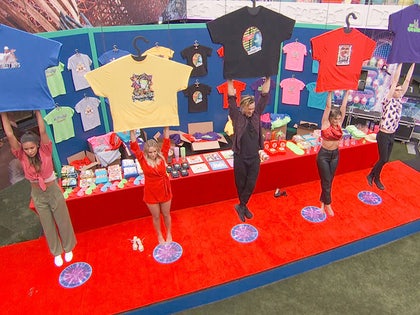 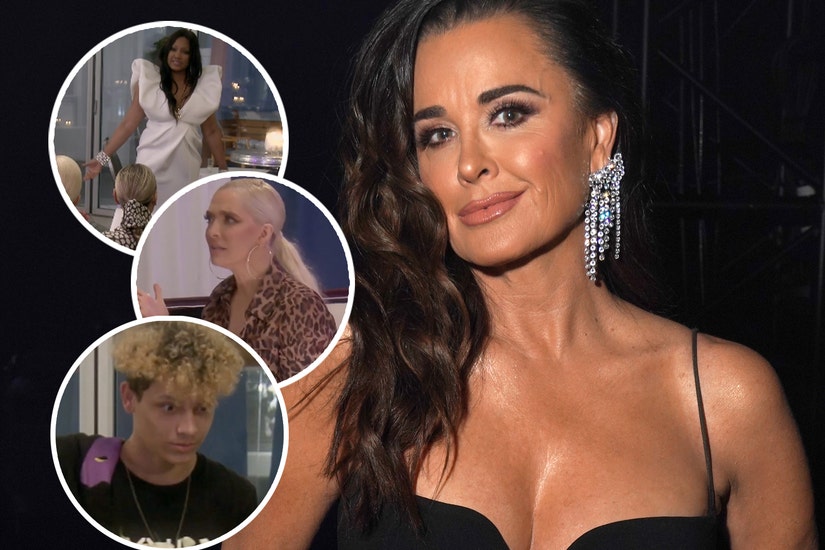