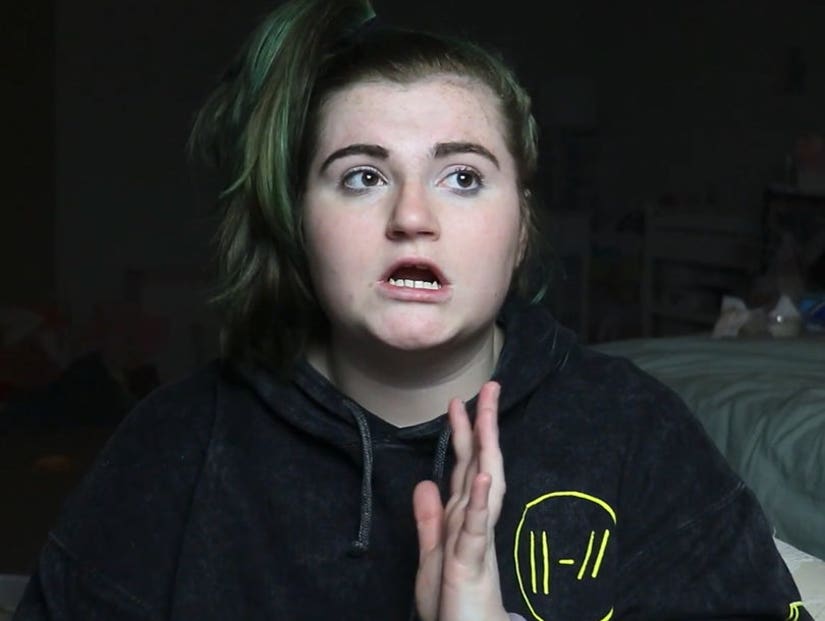 In her video, she complains the blows were so hard she hurt her own hand, as the child cries hysterically in the background.

A YouTube beauty vlogger said she "beat the crap out of" her two-year-old daughter for breaking a makeup palette.

In a video clip titled "My Toddler Ruined My JSC Alien Palette|Now I'm Sad," Michelle Grace claimed she physically punished her child after she "ruined" a Jeffree Star Cosmetics eye-shadow palette, which has been discontinued, but can be found on eBay for $30.

"Y'all hear that right?" Grace asked at the beginning of the clip, referring to the sounds of a child crying hysterically in the background. "My 2-year-old just got her ass beat because no matter how many times I tell her not to mess with my makeup, she never f--king listens."

"I put it away so that she can't find it, and what does she do? She finds it," the young mother continued. "At this point, I need a frickin' safe with a combination on it to keep her out of it. She has ruined two palettes of mine and one of them is being discontinued."

The micro-influencer, who has 968 followers on YouTube, went on to say her hand hurt because she "just beat the crap out of" her daughter.

"Not literally, but I taught her a lesson. Because I'll be damned if she's gonna walk all over me," she said.

"And I know a lot of parents might not agree with me," Grace continued. "But I don't normally -- I don't normally spank my child, unless I really have to, and usually, it's just a pop. And it barely hurts. She cries for like, five seconds."

"I had to beat some toddler ass tonight. I want to cry right now," she also stated in the video. "When you save up and save up to buy something, it's literally like a child. You treat it like a child. Like my Conspiracy palette? My James Charles palette? They're all like my children. I protect them with my life."

The video has since been deleted from her channel, but clips featuring the disturbing story are still making the rounds on social media, which has caused major backlash online.

Others have made a plea for the authorities to get involved, and at the very least a visit from Child Protective Services. In a series of since-deleted tweets, Grace, however, defended her decision to physically reprimand her daughter, according to Inside.