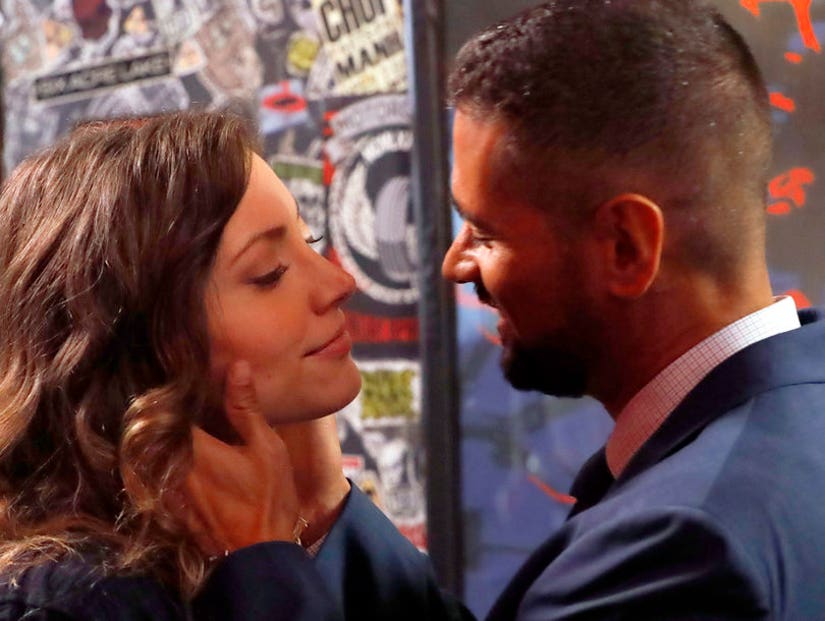 Ben and Olive follow a Calling to a shocking conclusion as part of their grieving process over the death of TJ in last week's nightclub fire.

Before we get to all the questions the latest hour of "Manifest" raised in our troubled mines, we'd like to follow some zen chanting on a journey of tranquility with Ben and Olive.

We say this because that journey was a part of their grieving process and it was also the "case of the week," so to speak, driven by a chanting Calling that almost drove Ben nuts and deaf. Plus, while we saw the ending coming a mile away, it was still a pretty powerful moment and one we were glad to see. 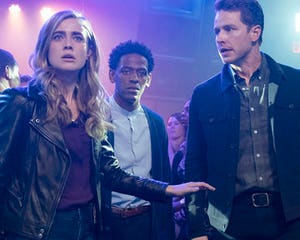 And, amazingly, it didn't leave us with any unresolved questions about it, which is why we're going to show our appreciation right here that "Manifest" did not decide to stick with the death of TJ. It was unnecessarily cruel to the character of Olive and it served no necessary plot purpose.

Plus, we like the kid and we like his dynamic with the Stones. Okay maybe we do have one question about it. Why would Al-Zuras' journal want TJ to be discovered? Ben and Olive working together was clearly part of the Calling as it was Olive who found the door into the tunnel, but why did Al-Zuras' journal connecting Ben and Olive? Was this their only objective together, because that seems a little small (yes, we know it was a human life) for such an elaborate drawing that also incorporated symbology from the Tarot card.

Huh, turns out we had plenty of questions. Man, this show really gets in your head, doesn't it? And we've got plenty more, too! 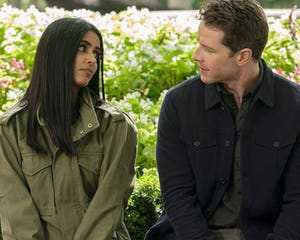 Does Jared Think Xers Are Not Dangerous?

We're still majorly perplexed by virtually everything Jared is doing. We get that Michaela hurt him bad and broke him, but wow has he gone down a dark path, getting in bed with Billy and his ridiculous friends. But when Andrea asked him if he thought the Xers might be involved with the nightclub fire, he shut it down instantly.

Does he really think they're not a violent group? Or is he just protecting them because of his affiliation with them? He knows Billy is a loose cannon -- but after seeing him and Zeke go at it -- so is Jared. Still, this is a guy who was fighting the good fight not that long ago, so it's hard to imagine he doesn't see the Xers for the threat they are.

That raises questions about Simon, who got a lot more screen-time this week. We saw him leading a Humanity First meeting with both Jared and Billy in attendance, and then afterward, we saw him asking Jared to keep an eye on Billy because he can be a bit impulsive and they don't need people associating them with violence (especially in the wake of the nightclub fire).

So is Humanity First truly a non-violent organization, or are they just not ready to move in that direction yet? We get that Billy seems to be just one of those bargain-basement haters who latched onto this cause, but he is part of the cause. And Simon knows he can be violent, so clearly he's okay with that. It seems maybe he's juts biding his time for the right moment. 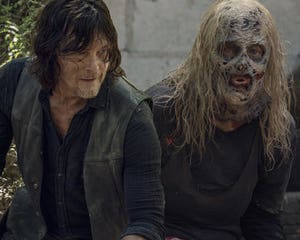 What Is Humanity First's End Goal?

So of course we have to ask, what is the end goal of this movement. The Xers seemed to be all about taking out the 828ers, and Simon certainly spread a rhetoric that they are all ticking time bombs among regular humans. They're clearly seen as a danger, so what do they want to do about it? Is the plan to wipe them out?

If so, it seems Simon has a plan in place, per Jared, and Billy jumping the gun could jeopardize it. That tells us it might be a plot to take out the 828ers in one fell swoop, rather than nickel-and-dime. So were they involved with the fire, or would they have just been pleased if a lot of 828ers had perished there?

What Does Simon Want with Ben's Research?

Related to his mysterious goals are what exactly Simon is going to do with all of Ben's research. He didn't stop at just taking pictures of Ben tracking and researching where all the passengers are. That information we could understand being incredibly valuable to someone who sees them as a threat to be taken care of.

But he also took pictures of Al-Zuras' journal and the tarot card and really everything Ben had readily accessible. Is he just being thorough, or is he trying to understand their "powers" he talked about in the meeting. What does he know about what they can do? Does he know about Callings, or just have some idea of them? Is he somehow in league with the Major, or at least knows some of what she does? 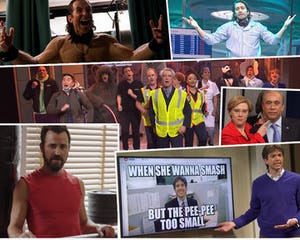 What Is Happening with Saanvi's Memory and Behavior?

Taking a break from Humanity First, no one was more shocked as we were to see Saanvi aggressively approach her ex, Alex, in the park and passionately kiss her. We suspected this was a side effect of the treatment she gave herself, and was considering giving to Zeke (considering he's got six months left and is already suffering frostbite), but we had no idea.

We were stunned when Alex confronted her and Saanvi told her she had no recollection of that morning at all. So who was steering her body, so to speak? Is the marker still gone? What has happened to her? Does she still have Callings or is she developing multiple personalities. If the other Saanvi is acting on impulse, how much more dangerous could this get? Is it fixable if she puts the marker back in her DNA? Does this prove Passengers can't be fixed and the Death Date is locked in?

How Long Have the Captain and Jared Been Working Together?

This is another one we saw coming a mile away considering her blind hatred toward Michaela, but the Captain used to lob that at both Michaela and Jared whenever he would have his ex's back on a case. Somewhere along the line that changed as the Captain totally shared Michaela's surveillance of the bar with Jared and told him they have a problem.

So when did this partnership begin? Was it around the same time that Jared started hanging out at the bar, got a new girlfriend, made a violent and unpredictable new friend, got a new haircut and became a totally different person? 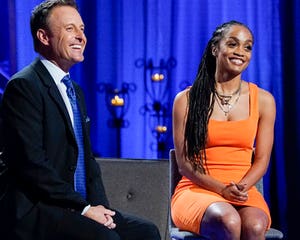 Bachelor Women Tell All Explores Champagne-Gate, Virginity and Gets Real About Online Harassment

What Is the Captain's True Agenda?

This raises the question of what the Captain wants? Is she yet another agent out to shut down 828ers, or is this personal against Michaela? She's been gunning for her since showing up, but why? Why this specific 828er? And why so aggressively and openly?

Or is her goal something much bigger and that's why she's now in bed with Jared and the Xers. Or perhaps we're misreading the whole thing. Honestly, there are so many different ways we can go with this, but one thing does seem genuine and that is that the Captain does not like Michaela. Whether or not it has to do with her being an 828er is unclear. She may just hate her.

This raises the question of whether they're in trouble because they're both getting caught as Xer sympathizers, or perhaps Jared is actually working undercover and has been this whole time. Could the Captain have Jared infiltrating the organization because his history with Michaela makes him a more believable convert?

This could all be a way to try and undermine them, and by having Michaela try to take down Jared, that would expose the play much earlier than intended. So how to resolve it without telling Michaela what they're doing.

Both are possible, and it really comes down to if the Captain is good or bad. We have a feeling Jared is undercover regardless, but it's just a matter of if he's working with the Captain or against her. Our gut says she's bad news, but she could also be playing that really hard to sell this whole perceived partnership between the Xers and the NYPD. 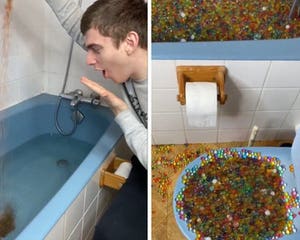 Where Did Adrian Go?

Our last question is kind of a throwaway question because we know this answer will come in due time, but where did Adrian go after he stumbled off. For someone who spent so much time in the spotlight, it's kind of a big deal that he's gone dark and no one knows where he is after the nightclub fire.

Does he take some responsibility for Isaiah as one of his parishioners for not realizing he was fostering and perhaps exacerbating fanatical behavior? Is Isaiah maybe not a bad dude after all? Is the church open without him? Could it? Will it come back or will he shut it down? How does he interpret what happened at the nightclub?

Certainly TJ surviving -- and if he has any idea it was the result of a Calling -- perpetuates his believe they can't die. We've had issues trusting him from the beginning, but maybe we've been unfair and he's just been mixed up, or a simple profiteer who got in over his head. Come back and give us answers!

We already know "Manifest" is going to deliver us more questions next Monday at 10 p.m. ET on NBC. 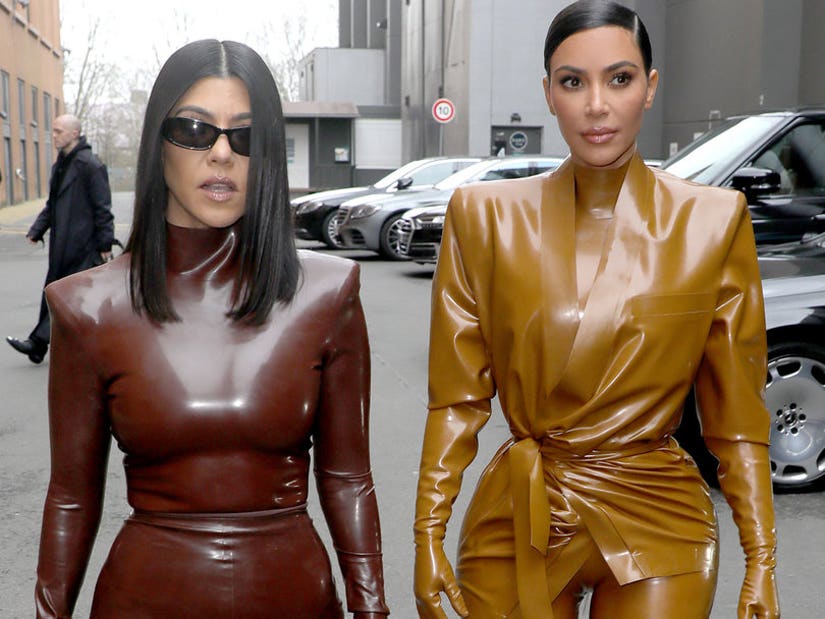