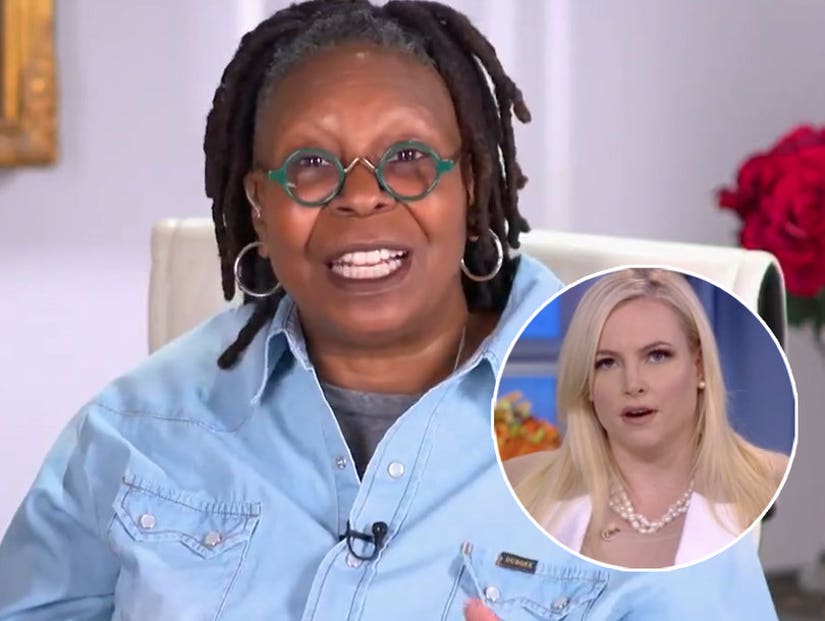 "I don't have a problem with it," says Meghan McCain.

After sitting out "The View" on Tuesday to meet with her doctors, Whoopi Goldberg returned to the show today ...but moderated from the comfort of her own home.

As Sunny Hostin, Meghan McCain and guests Sara Haines and Dan Abrams sat down at the table, Sunny explained the unique situation.

"Joy is still self-isolating at home and, as you all know, coronavirus in America is just spreading at an alarming rate," she began. "Life as we know it just keeps changing every single day, which is why our fearless leader Whoopi is joining us from home right now."

“I am great — this is what we call responsible social distancing.”@WhoopiGoldberg joins us from her home as a precaution amid the coronavirus pandemic. https://t.co/f8u2wbJuik pic.twitter.com/xjxUmGXSue

Explaining that she felt "great" and got the "all clear" from her doctor to go to work, Goldberg said her decision to stay home was due to the "inconsistent messages" coming from state and federal leadership. While New York mayor Bill de Blasio told the city to prepare for "shelter in place," Governor Andrew Cuomo downplayed the possibility. "My brain said, until they can get themselves together, until they can figure out what they're doing, I should not go in," said Goldberg.

"I just felt like, with all this inconsistency, it wasn't good for me," she added, before then criticizing President Donald Trump and others for repeatedly referring to coronavirus (COVID-19) as "the Chinese virus" or "the Wuhan virus."

"I was uncomfortable and I remain uncomfortable when they're saying this is the Chinese virus, I don't think this is time do to do that,"said Sunny Hostin, who argued that the Swine Flu wasn't called the "US Flu" during the 2009 pandemic.

Haines said calling it the "Chinese virus" was politicizing it, while Whoopi said calling it that was dangerous to the Asian community and encouraging anti-Asian sentiment and violence. "Mother Nature really did this to us," she added. 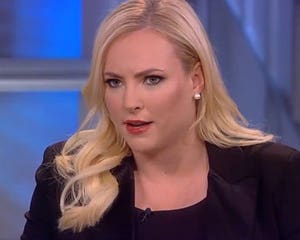 While she added that she didn't want to stereotype anyone, McCain also said she was "pointing fingers at China" for "suppressing information" when the first cases sprung up.

Thanks to a delay between Whoopi and the cohosts, the conversation got a little messy with a lot of crosstalk. "I can't tell who's yelling at me," McCain said at one point. "No one's yelling, I'm just trying t o make sure you can hear me," replied Whoopi.

Goldberg then compared Trump's "Chinese virus" rhetoric to him calling Mexicans "rapists," a tactic McCain said was "effective" to his base. Replied Whoopi, "It was effective but it was not correct. If any Asian person who is getting hit because someone thinks they're walking around with it, you can't as the person leading the country, you can't lead with that, you gotta be better."

The show then threw to a commercial. 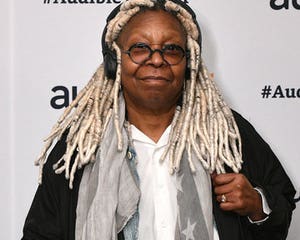