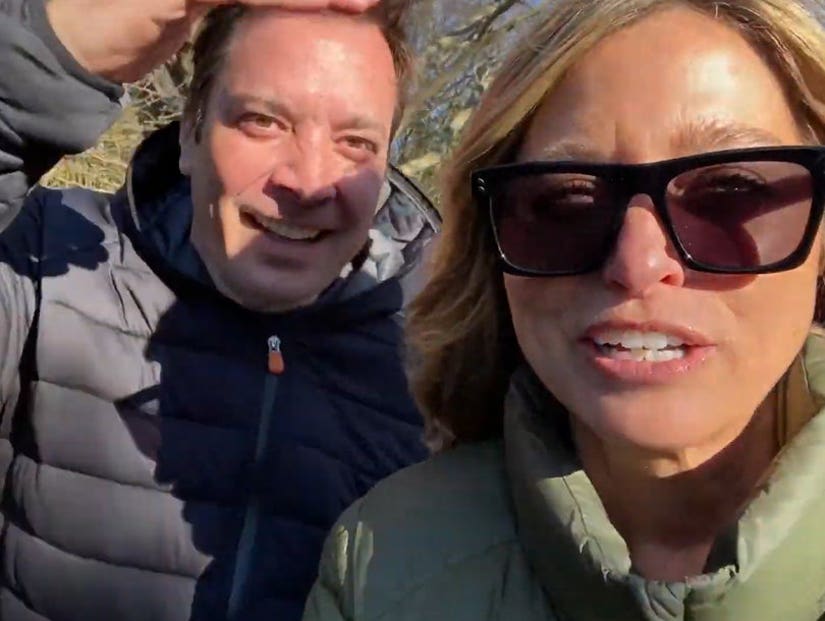 "Honey, this is your debut!" the late-night host told his wife.

Jimmy Fallon's wife Nancy Juvonen has finally stepped into the spotlight after acting as his camera crew during coronavirus isolation.

On Tuesday's "At Home Edition" of "The Tonight Show Starring Jimmy Fallon," the late-night host and his producer spouse took a stroll through their neighborhood for a casual interview.

Before the couple, who've been married since 2007, answered fan questions in a segment called "Ask the Fallons," Fallon pointed out how the moment marked his wife's first time on the show. 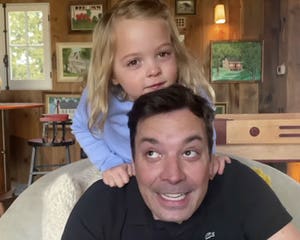 "Honey, this is your debut!" he said of Juvonen, who co-founded the production company Flower Films with Drew Barrymore in 1995. "This is my wife, Nancy Fallon!"

Fallon then asked his wife why she agreed to be on camera.

"I don't know!" Juvonen said with a laugh. "I mean, I hate to say a pandemic is what got me on camera, but I much prefer behind the scenes and I think that everyone needs an audience and there's some people that you meet who really like to entertain people and I'm more the audience."

"But here I am because you don't have anyone else to interview in our household," she joked.

When asked if Fallon is a "romantic," Juvonen recalled a sweet story about a thoughtful gift the NBC host got her for her 50th birthday.

"He got me the car I learned how to drive in and drove all the way through high school and college and got me my very own, which you might see in the next coming weeks, VW Bus," she shared, adding that he also gave her a Case Logic filled with cassettes of her favorite music.

"I thought that was it! And I was like, 'That is the most thoughtful!'" Juvonen said. "'You listened to me! All we want as women is to be heard, blah blah blah.'"

"As I ran out to to find the boom box to play my cassettes, my brother drove in the VW bus," she continued and Fallon added, "with the cassette player in the bus!"

Earlier in the episode, Fallon's daughters -- Winnie, 6, and Frances, 5, -- crashed his at-home monologue once again -- but it was so adorable, Fallon clearly didn't care.

Meanwhile, Tuesday evening's virtual guest was John Legend, who spoke about what he and wife Chrissy Teigen have been up to during their quarantine. He also performed a song from his upcoming album.

Check it out in the clip, above. 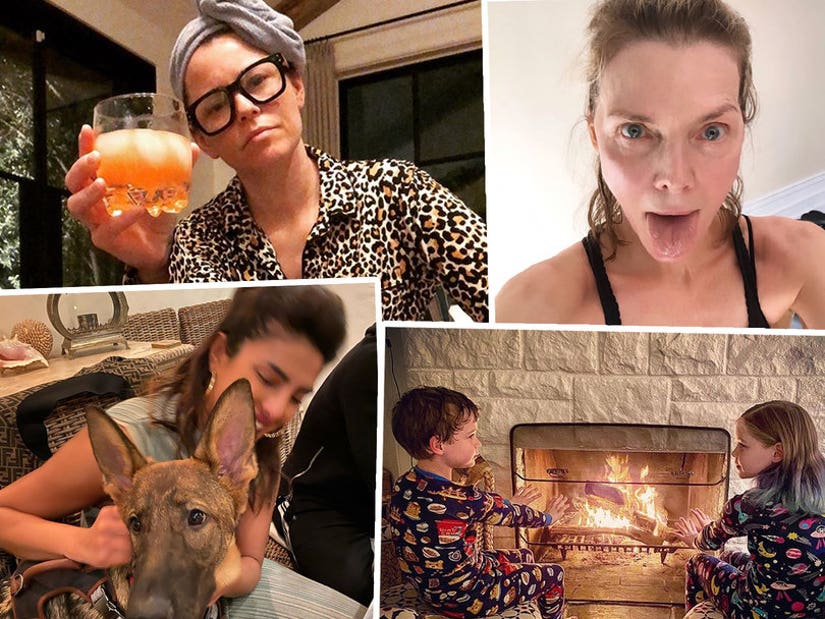