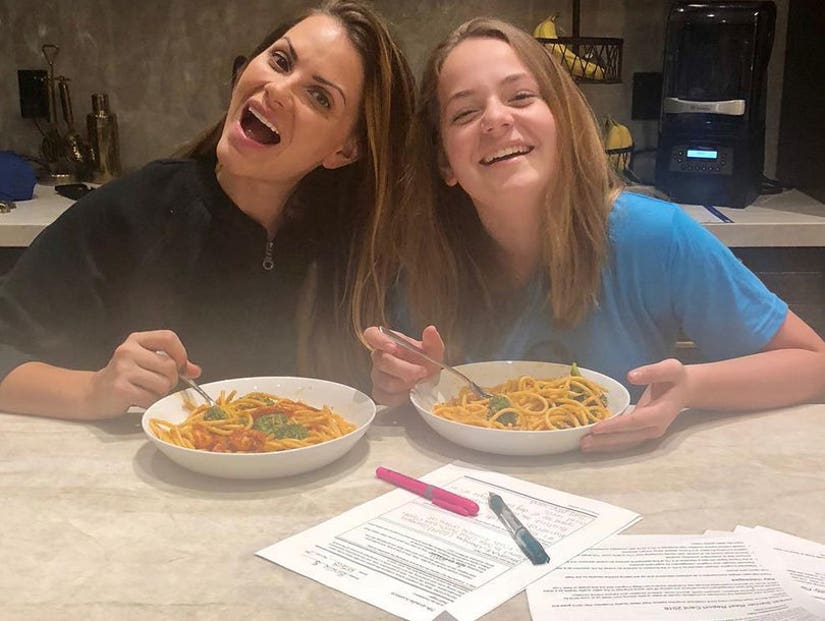 On Monday, the Bachelor star confirmed her daughter was in the ICU on life support.

Michelle Money is keeping her followers updated on her daughter Brielle's condition following a skateboarding accident.

On Monday, the "Bachelor" star revealed her 15-year-old daughter was in the ICU on life support following the incident, where she was placed in a medically-induced coma and underwent surgery to relieve some of the pressure on her brain.

According to a new post from Money on Tuesday, "surgery went great."

"Her numbers are in a really good place," she added. "Two more days to let the brain swell up and monitor until taking her off of sedation to see what we find. Thank you again for the prayers. You will never know." She also included the hashtag #prayforbrie.

Along with the update, Money shared a video of her and her daughter taken just two hours before Brielle's accident.

"We decided to put makeup on and go to the gas station and grab a drink. I told her I would let her drive my car in the parking lot as she is working on driving soon," wrote Money. "She told me she was awesome at parking! 😂Lol! (She lied) We have so much fun together! She is my favorite human! I can't wait to hear her laugh again! Surgery went great."

In another post from Monday afternoon, Money explained she was alone because only one parent was allowed inside the hospital at a time due to COVID-19 restrictions, she also thanked everyone for their support and prayers.

"This is my worst nightmare and no mother should ever have to go through this," she said. "It is just heart-wrenching. I'm praying for her to pull through this, to get the swelling down so we can see what kind of damage has been done. She's fighting, so keep her in her prayers, keep praying for her. I have been an absolute mess and have not slept, I'm forcing myself to sleep while she gets this procedure done. I love you guys ... I'll keep you posted."

Her first post showed Brielle in the ICU, as Money said the teenager "suffered a serious brain trauma and a fractured skull."

She thanked the neighbor who found Brielle while on a walk and called 911. "I would not have found her in time. My heart is forever grateful," wrote Money. "Thank you to all of you who have sent prayers and messages and love. Brielle has been through so much already this year. She has proven how strong she is. I know she will pull through."

Michelle also issued a warning: "This is the worst experience of my life. ALWAYS MAKE THEM WEAR THE HELMET. ALWAYS. EVEN WHEN THEY PUSH BACK."

Michelle competed on Brad Womack's season of "The Bachelor" and later won the first season of "Bachelor in Paradise".