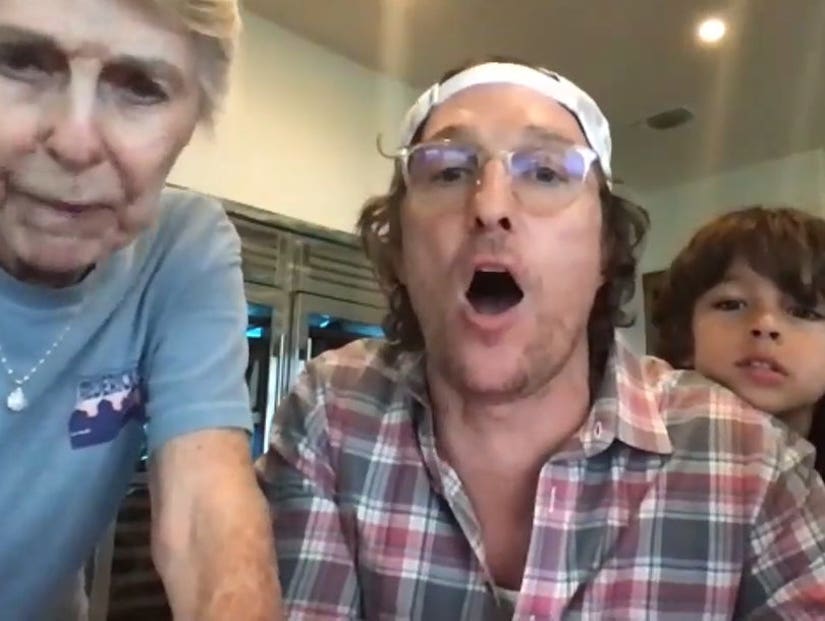 The actor came through on a Facebook request from back in September.

Back in September, The Enclave at Round Rock Senior Living Center outside of Austin, Texas -- where the actor resides -- posted a video to Facebook asking for him to be a celebrity guest host for their bingo night.

This week, it appears he came through, virtually.

"Alright, alright, alright Matthew. We at The Enclave at Round Rock would like to choose you to come and host our celebrity Bingo," said a nurse in their request video from 2019. "All the proceeds will go to the charity of your choice, Just Keep Livin.'"

The video was filled with residents at the home, all pleading for him to visit.

Since everyone is currently in lockdown due to the coronavirus pandemic, McConaughey decided to call out numbers via video conference, as all the residents played in their respective rooms.

He was joined by wife Camila Alves, two of their three children and the actor's mother Kay.

"Thank you to Matthew, his wife Camila, and his mom Kay for hosting our residents for a few rounds of virtual bingo," said the center, which shared video from the game on Sunday. "Our residents had a great time playing, and they loved talking with Matthew about his family heritage and his favorite drink."

Check out the video below as he two residents won big time!