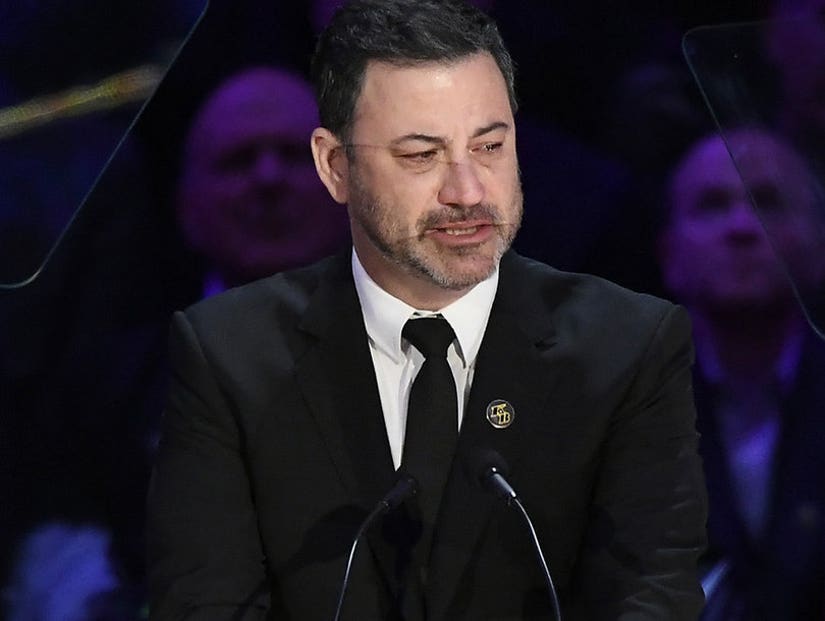 "I didn't know it was going to be a televised event," said Kimmel.

Jimmy Kimmel took over hosting duties for the celebration of life for Kobe and Gianna "Gigi" Bryant following their deaths, a job he admitted he was "very" nervous to take on.

Appearing on "Watch What Happens Live" on Sunday night, the late night host was asked about being the emcee for the memorial and how intense it was to do.

"Very," he told Andy Cohen. "I didn't realize it was going to be ... I guess I wasn't fully paying attention. I didn't know it was going to be a televised event," he explained. "I thought it was a somewhat intimate family and fans thing."

"The saddest part was seeing the family sitting in the front row," said Kimmel. "That's a killer, to look at those kids, Vanessa, Kobe's parents and realize, as sad as this is for all of us, it's a million times worse for them."

Kobe, his 13 year old daughter and seven others were killed in a helicopter crash on January 26, 2020. The two were buried on February 7 in a private funeral and are survived by Vanessa, Natalia, Bianka and Capri.

Vanessa gave a powerful speech at the Staples Center event, speaking about her late husband and teenage daughter. Saying Gigi "was motivated to change the way women were viewed in sports," she said she couldn't "imagine life without her. I will miss your sweet handmade cards, your sweet kisses and your gorgeous smile. I miss you, all of you, every day. I love you."

Of "soul mate" Kobe, she said he "was the most amazing husband," "loved me more than I could ever express or put into words" and was "the MVP of Girl Dads."

Watch the full memorial below: